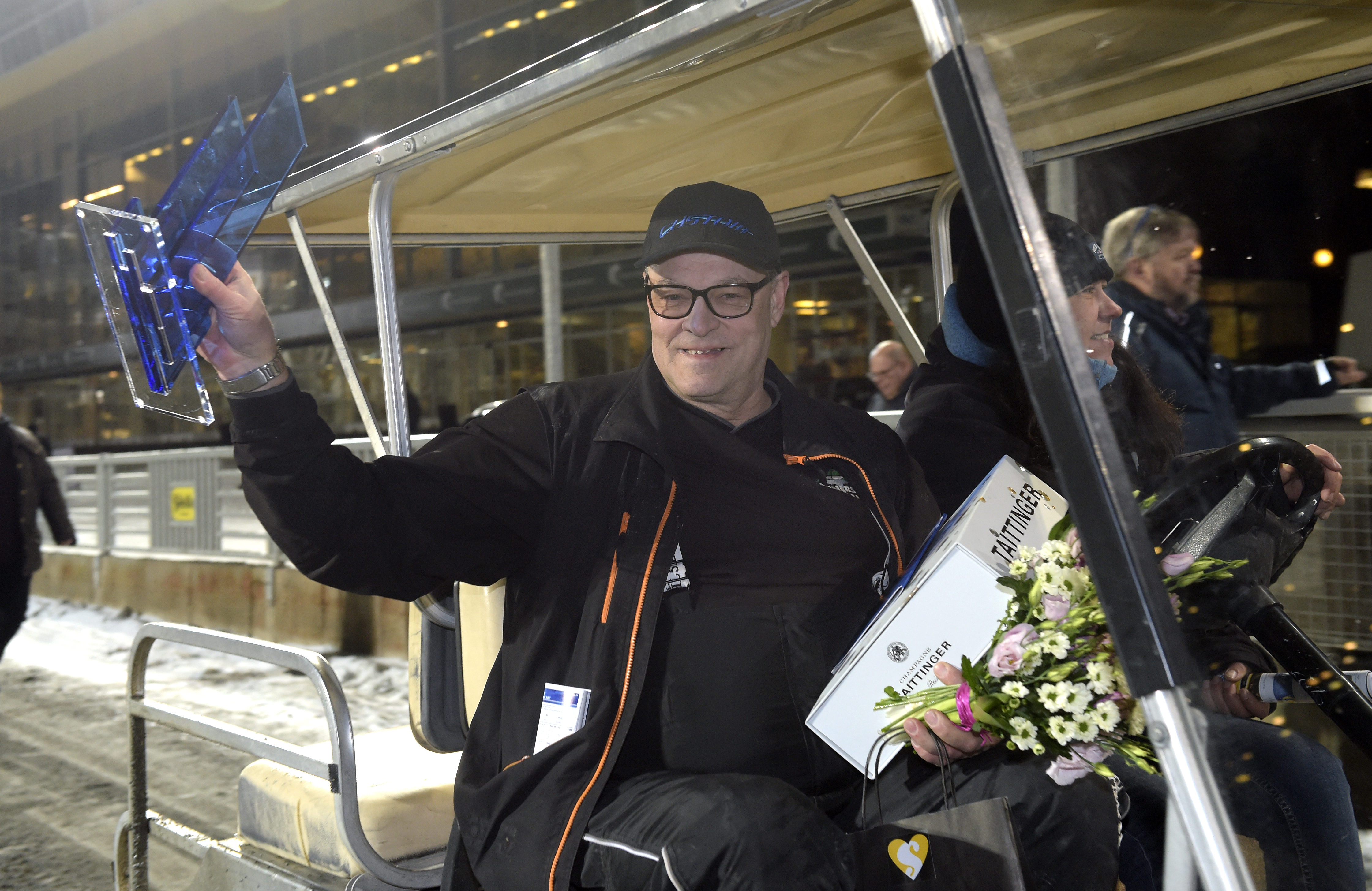 He has been in a class of his own in five straight wins and he is undefeated when staying flat.
Maestro Crowe is Petri Puro's new star and he will be the favorite on V86® this Wednesday.
"He's a huge talent who trains with best horses in the barn and he's not even tired afterwards. If he behaves it takes one heck of a horse to beat him" says Puro.

This Wedensday's V86® is shared between Åby and Solvalla. Petri Puro has trained many stars over the years and is sending out a coming one on the bigger scene.
Maestro Crowe, a younger brother no nobody less than the super mare Cash Crowe is living up to his genes. He made his racing debut in May of last year and won five in a row, impressively. He won easily in each start and quickly became a horse that people were talking about.
Trainer Puro compares him to the V75® stars in his stable.
"Maestro Crowe (V86-3) is a very capable horse who has taken his own sweet time before he got it all together. He has the same type of ability as Burning Man and Martin de Bos. The only difference is that he only has SEK 100,000 on his card. He trains together with them and comes back to the barn not showing any sign of being tired. He's a huge talent with a big engine and good strength" says Petri Puro.

"Got spooked by another horse in his last start"
But in his last start he got his winning streak broken when he made a break in the last turn.
"He's been very immature before and it has been hard driving him in the lead since he just has been weaving in and out. He sees everything around him and you have to do some quick starts behind the gate with him before a race. If not, he's just afraid of everything he sees and you won't get him to go forward".
"In his last start he got spooked by a horse who came from behind, so he jumped in to the infield and made a break. It would have been better for him staying on the outside and having company instead of going to the lead. He can be a bit unreliable like that".
"He has trained well after that and has also trained some fast intervals. I gave him a tough heat last week and I was very pleased with him. He is strong but a bit laid back so Peter Ingves driving him is a good match. He's good at driving coldbloods and this one is a bit like a coldblood. You need to have a good hold of him at all times" says Puro.

"Takes one heck of a horse to beat him"
Maestro Crowe is in the third leg of V86 and he will start from post five behind the gate. It's a 2,140 meter race and Peter Ingves will do the driving. Trainer Puro is optimistic and believes he will win if he stays trotting. He also tells us about an equipment change.
"He has raced with a can't see back bridle before but he has gotten spooked when horses have come up behind him. So we will switch to an open bridle for this start".
"He also needs to be warmed up twice and we will do so again. Back in the day it was common to warm up twice but nowadays most people just warm up once".
"If he behaves he should have a very good chance to win. He has shown such high ability that it would take one heck of a horse to beat him. My horses are all in good form and thanks to the mild winter none of them has missed any training" says Petri Puro.