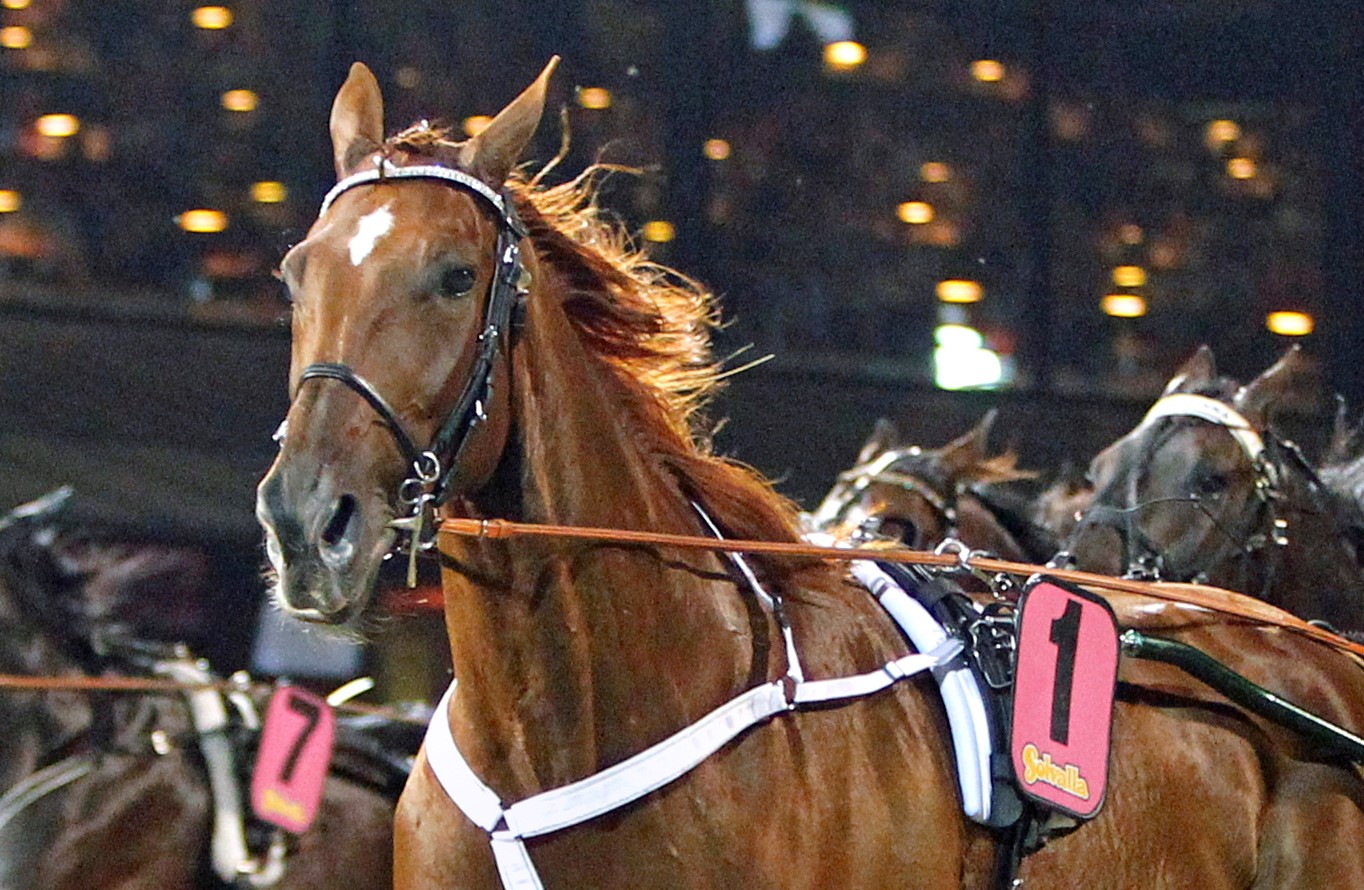 He took care of his return in the best possible way.
This time a tougher test awaits.
Nimbus C.D. is racing in Bergslagsloppet on Wednesday.

Nimbus C.D. (V86®-5) is back on the big scenes once again. The very capable ten year old has been set aside due to injuries several times and is now making one last try on the racetracks. After a successful qualifier he won his first start back at Skrubbs racetrack in Visby impressively. Despite having to leave very hard to get to the lead he won in splendid isolation.
"We were happy. He had to leave hard and the track was a bit sticky but Rikard (Skoglund) said he won easily and it felt like he plenty more to give if necessary" says Peter G Norman.
Was he even better than you had expected him to be?
"He had been trained a lot before the qualifier and got to stretch out good there. So he made the trip to Gotland with plenty of training. The only worry was that he might need more speed in his legs. He didn't which was good".
How did he come out of the race?
"Everything seems good. He has done his regular uphill training and has felt very good".
Do you notice any of his old injuries?
"We have to keep an eye on the leg where he's been inured and try to train as usual. So far it's been smooth sailing and he hasn't gotten any reactions to training or racing".

More bounce in his stride after the race
The race on Wednesday, Bergslagsloppet over 1,640 meters is the feature of the night. Nimbus C.D. will once again get Rikard Skoglund in the sulky and they will start from post position seven behind the gate.
"It feels like he takes steps forward constantly and you can feel in training that he has gotten more bounce in his stride after his last start. But this race is very tough and he drew a bad post position so we will have to see it as stepping stone for the future" says Peter G Norman.
He is very quick out of the gate. What are the tactics in the start?
"We'll see what Rikard wants to do but I don't think he will go crazy at the start. There are several quick leavers to his inside and it would probably cost a lot to try to get the lead".
How do you like your horse's chances in this race?
"Diamanten has a good post position. Missle Hill is very good and so is Björn's horse (Romanesque). A lot depends on how the race will unfold and where Nimbus sits, but if you play with three, four horses in this race you should keep him in mind".