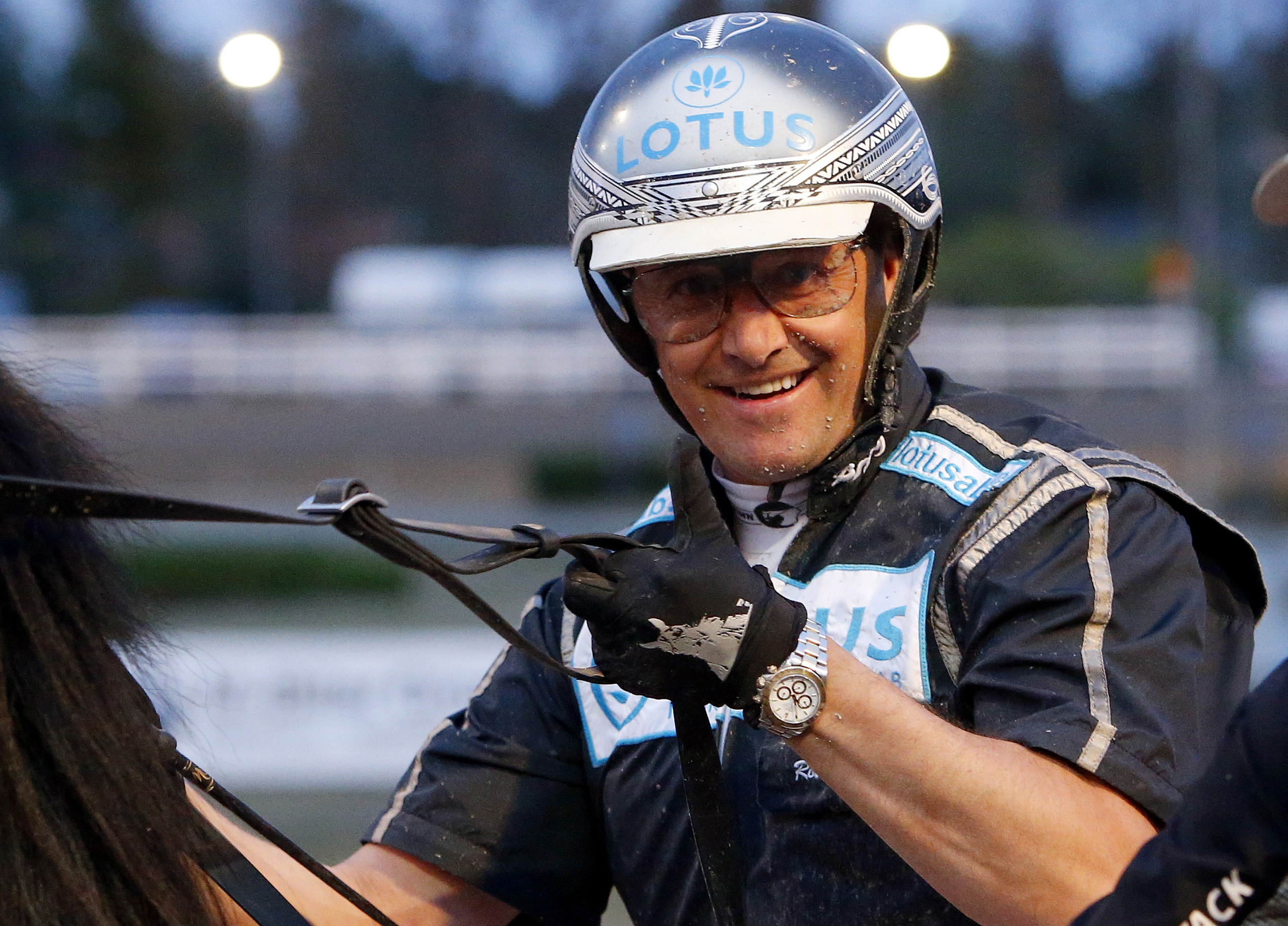 Tough guy Tesio has really found himself in Robert Bergh's training.
On Wednesday he will make his third start for the Åby-trainer and up next is Harper Hanovers race during the Elitlopp weekend.
Or?
"There are many parameters left to evaluate before we enter him to Harper's, but he's on his way there" says Robert Bergh.

Tesio (V86®-5) started his career great for Solvalla's Timo Nurmos by winning seven out of nine starts. But then there were trouble. The wins were swapped out for breaks. When Tesio's owner, ex NHL pro Kristian Huselius chose to move his horse to Robert Bergh following last year's season, the Italian born six year old had seven breaks in his last ten starts. The change of scenery and nine months away from the racetracks have put him back on the right track. In this year's two starts he's been behaving perfectly.
"He's a little nervous but he wants to do well for you. The thing is, as with many Love You offsprings, to find a way to cooperate. If you can find that, it will usually go well and the way he feel right now I think he doesn't even have to be a top day and he'll still stay flat. You can tell he wants to do well" says Robert Bergh.
His first start of the year was a walk in the park and he followed up by finishing third in Orebro Intn'l, over three kilometers. After advancing to the lead early he held on strongly.
"He's turned out to be a better horse than I thought. Sure he had won and trotted fast earlier but that was for a good trainer too. I'm really growing fond of him and I was very pleased with both his starts so far".

Harper's next?
V86 this week comes with a jackpot and when the last race crosses the finish line around 10 pm Wednesday night, one sole winner could possibly be SEK 11 millions richer.
Tesio will start from the inside, 20 meters behind in the fifth leg of V86 and the bettor and the experts are all giving him pretty good chances to end up one of the winners on this V86 jackpot card.
"I wasn't entirely happy with the way he felt warming up in his last start so there is some fine tuning left to do on him. That's something we work on in training during the week and I hope he can get better and better with every start he makes, both physically and in his gait" says Bergh.
This will be Tesio's fourth start over 2600 meters. The three starts prior have all been victorious and there's no doubt he likes the longer distances. A race that seems perfect for him is Harper Hanover's race over 3140 meters with SEK 900,000 for the winner. Even if Tesio would win on Wednesday he still won't have made enough money to make him start 20 meters behind there.
"There's a little though in my head about Harper's, but right now the race this Wednesday is just as important as Harper's. Most of all I want a good feeling about him. He was very good in Orebro Intn'l but he has to be even better to have a chance in a race like Harper's. We have a tricky post position this time but he really needs another race if he's going to race at Solvalla so I'm happy we found this race for him. Every start is helpful after being off for so long".

"Will stay flat this time"
Tesio is racing at Bergsåker who is co-hosting this V86 card with Solvalla, where stable mate Re Doc (V86-2) is racing. Last time he raced, he made a break right at the start as one of the favorites.
"It feels good to put them right back in when that happens. He feels great in training and I expect a really good effort from him. I think he will stay flat this time and we will warm him up a little tougher to get the ants out of his pants".