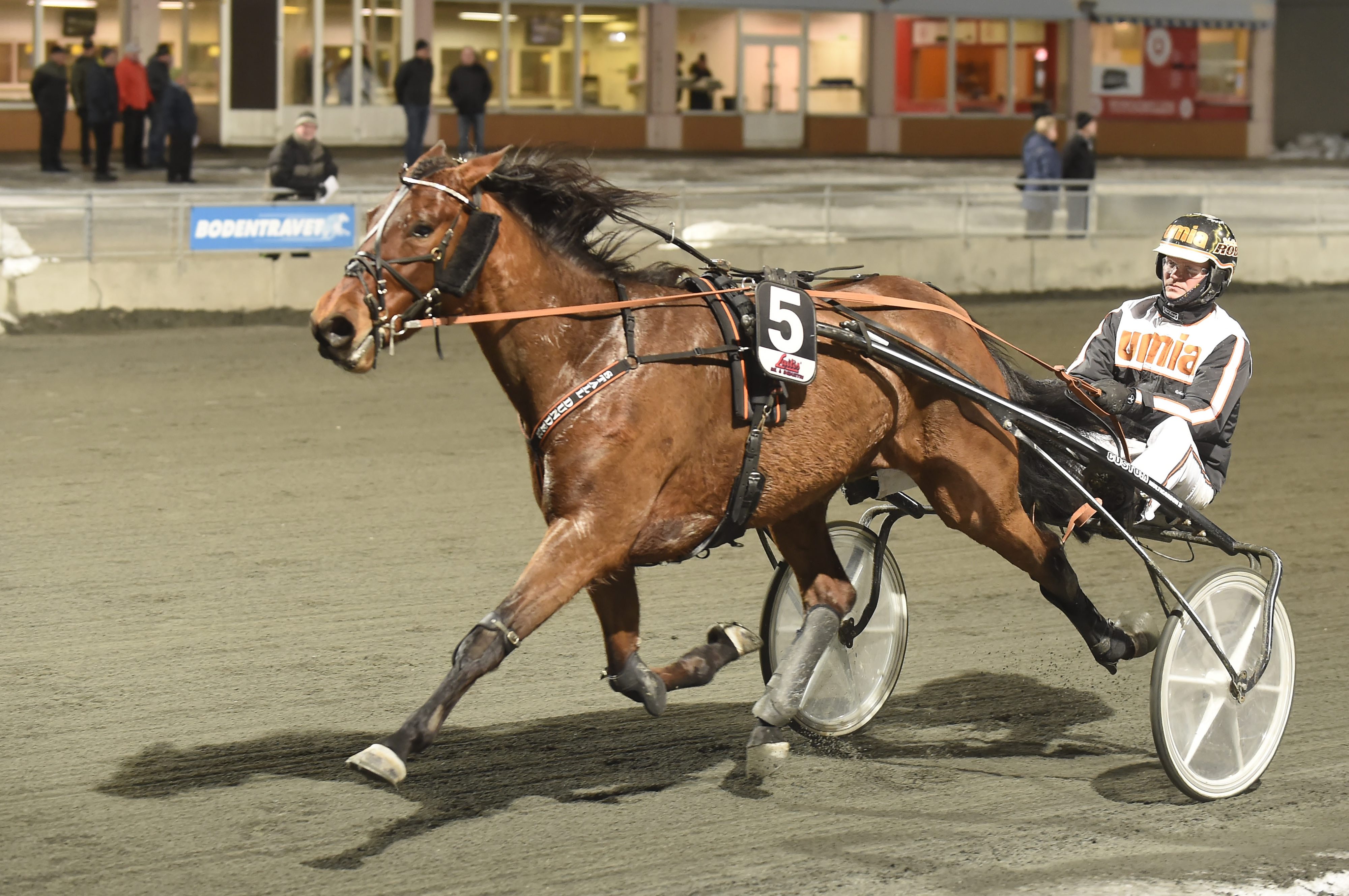 V86®/jackpot: Back on track - with a better back

She started out with five wins in her first six starts.
Then things started to go badly.
Lupin Håleryd is back on the racetrack again on Wednesday after a layoff.
"She will race well" says the trainer Robert Dunder, who has another interesting starter on V86®.

The payout could be great for picking all eight winners on this week's V86®. A jackpot will boost the pool this week and the prognosis says one possible sole winner will take home SEK 15 million. Robert Dunder is someone worth keeping an eye on if you're going for the big money. The Umeå licensed trainer will make the trip to Sundsvall and Bergsåker to race three horses on V86 and his first starter is Lupin Håleryd (V86-1). She started her racing career very well this past winter but after a couple of less impressive efforts she hasn't been seen on the racetracks since June.
"She got a back issue after her start in Skellefteå. That's something she's dealt with her entire life but after that start it got much worse and we had to work on that. She feels good and she trains well now" says Robert Dunder who thinks she can make good money in the future.
"She's a good horse and of course the expectations we have on her are higher than this. She should race in some bigger races".

All wins on the front end
Lupin Håleryd has taken all her wins on the lead. This time she has to show that she can also do it from behind, as she will start from post eleven in the second tier.
"She hasn't done that many times. Since she's so quick, it's easy to race her on the lead. I haven't thought about any tactics yet, we'll see how the race unfolds. Had she been in the first tier I would have said she's got a good chance but now we're sort of left out to what happens. She's a good horse and she feels good in training like I said".

"There aren't many that are better"
Lupin Håleryd's stable mates Pleasure For Cash and Hamilkar Boko are both in V86-7 and there's no doubt who Robert Dunder believes has the best chance between the two of them.
"Pleasure For Cash has the highest ability when he minds his manners but he's a very strange individual. One week he'll win for fun and the next week he'll run for no reason. I think he would have won had he not made that late break in his last start".
How do you like his chances this week if he stays trotting?
"If he minds his manners it feels like he can make another couple hundred thousand (SEK) before I even have to worry about his opponents. There aren't many that are better than him in the class he's in now, it's just a matter of whether he'll behave or not".
Hamilkar Boko?
"He's stable and consistent but he rarely wins. It feels like he's racing for a check here".