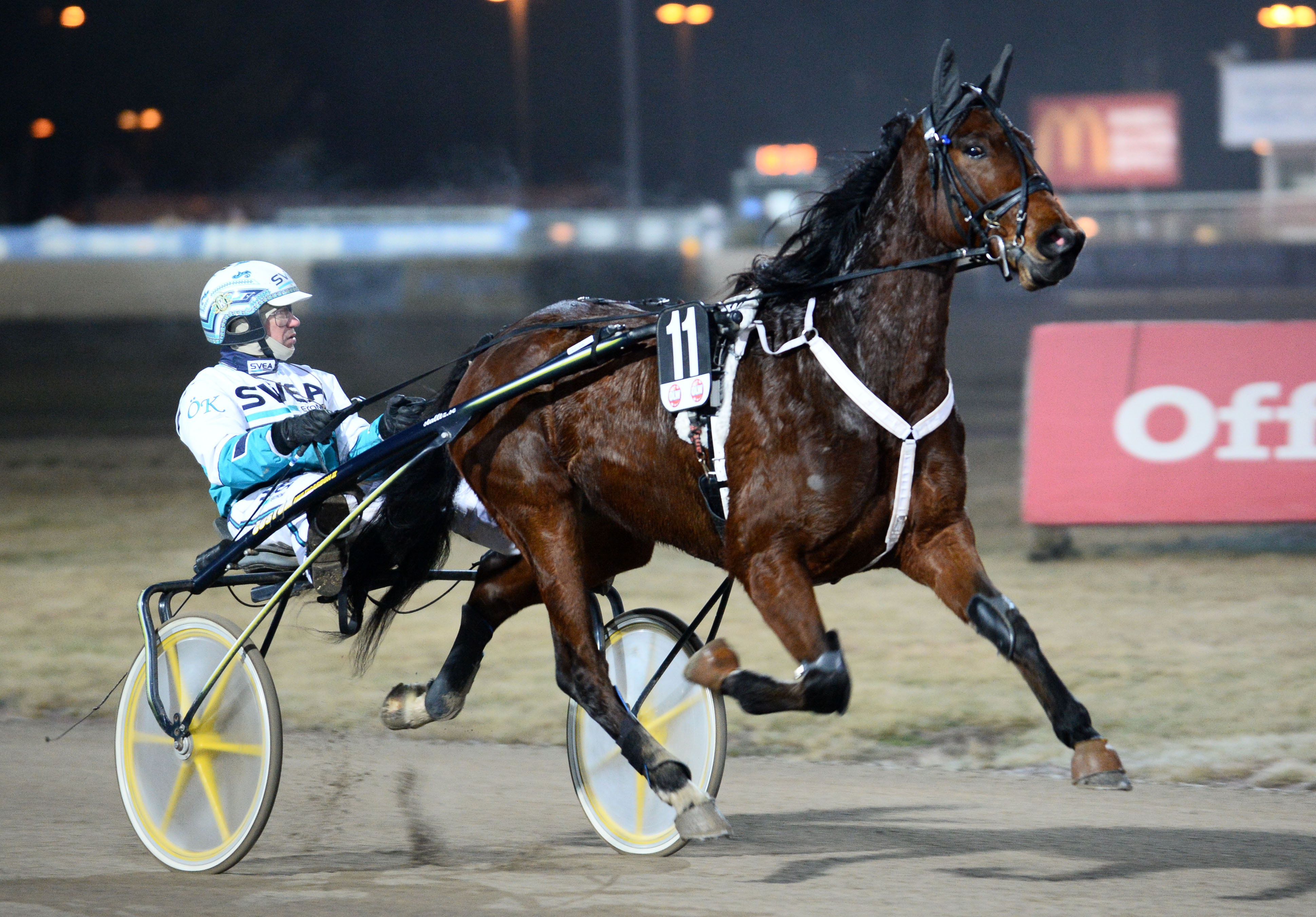 V86®/jackpot: Calmed down and started winning

Before the move he had made breaks in seven out of nine starts.
But Titan Brodde has stabilized since coming to Stefan Öhman and on Wednesday he’s going for his third straight win in V86® at Solvalla.
“I think he should be the favorite” says Stefan Öhman.

Titan Brodde (V86®-4) started off his career very promising with three wins in four starts for Catarina Lundström. But when he made a break in a V75® race as a favorite in January, that was only the beginning of the problems.
Eight starts and six breaks later the owners decided to take him home.
“He’s felt good the entire time although he’s a little nervous and immature. He can still show that even if the change of venue has helped him calm down” says Stefan Öhman.
Is it just that, the change of venue, that’s the answer to his problems?
“He has also matured and started to get what racing is all about. He used to be really hot warming up but lately he has calmed down a lot”.

Back on track
46-year-old Stefan Öhman has been an amateur trainer since the 90’s. He trains Titan Brodde and his other three horses at Långby Gård in Västerås East.
That’s also the base of the family business “Kenneth Öhman Bil och Maskin AB”, named after Stefan‘s father and since ten plus years specialized in RVs.
“It’s early mornings and late nights. My wife Camilla also helps in the barn but she has another full-time job also. This would never work out if we didn’t have both the horses and the business here on our family farm. But it’s a lifestyle, we’ve done it for so many years”.
Stefan Öhman used to drive quite a bit himself but since 2015 he’s been on the sidelines. The last few years the horses have been less in focus. Before four year old mare Creme Freiche started racing last fall, Stefan didn’t have a race horse for a year and a half.  But this year, both his two-year-olds have baby raced and since Titan Brodde came home he’s really back on track.
“I get the urge to drive back when I see him racing but I made the decision not to drive anymore” Stefan says.

“Very powerful”
Top driver Örjan Kihlström gets the nod once again. In his last start he was reunited with the horse that he drove a few times this past winter and he took him first up with one lap to go and from there Titan Brodde crushed the leader and won easily.
“He looked very powerful in his last start and he won very easily” says Stefan Öhman.
What do you think about this race?
“He’s racing against some good ones, but he’s pretty good too. The distance is good and so is the post position. He doesn’t need to be on the front end, but I guess it helps if he would get there”.
This week there’s a jackpot on V86 and the reports are pointing towards a SEK 13 million pool for all eight winners picked.
Maybe Titan Brodde can be singled on the ticket?
“I think he should be the favorite. You never know what Sebastian Journey can do in his first start for Timo Nurmos. They’ve raced each other before. Titan Brodde beat him by a nose in his racing debut. They were co-favorites in V75. Titan Brodde made a break and finished fifth, Sebastian Journey finished third. Everything is well with my horse. He trained last Saturday and felt great and he will jog again tomorrow (Tuesday)”.
Titan Brodde has 7 wins in 18 starts. He has only lost three races in which he stayed flat. He has plenty of ability and if he keeps doing what he’s doing now, it can take him real far.
“Of course I hope and believe that he can be a really, really good horse. I’ve seen how he can act up, but right now it looks like he’s on the right path”.