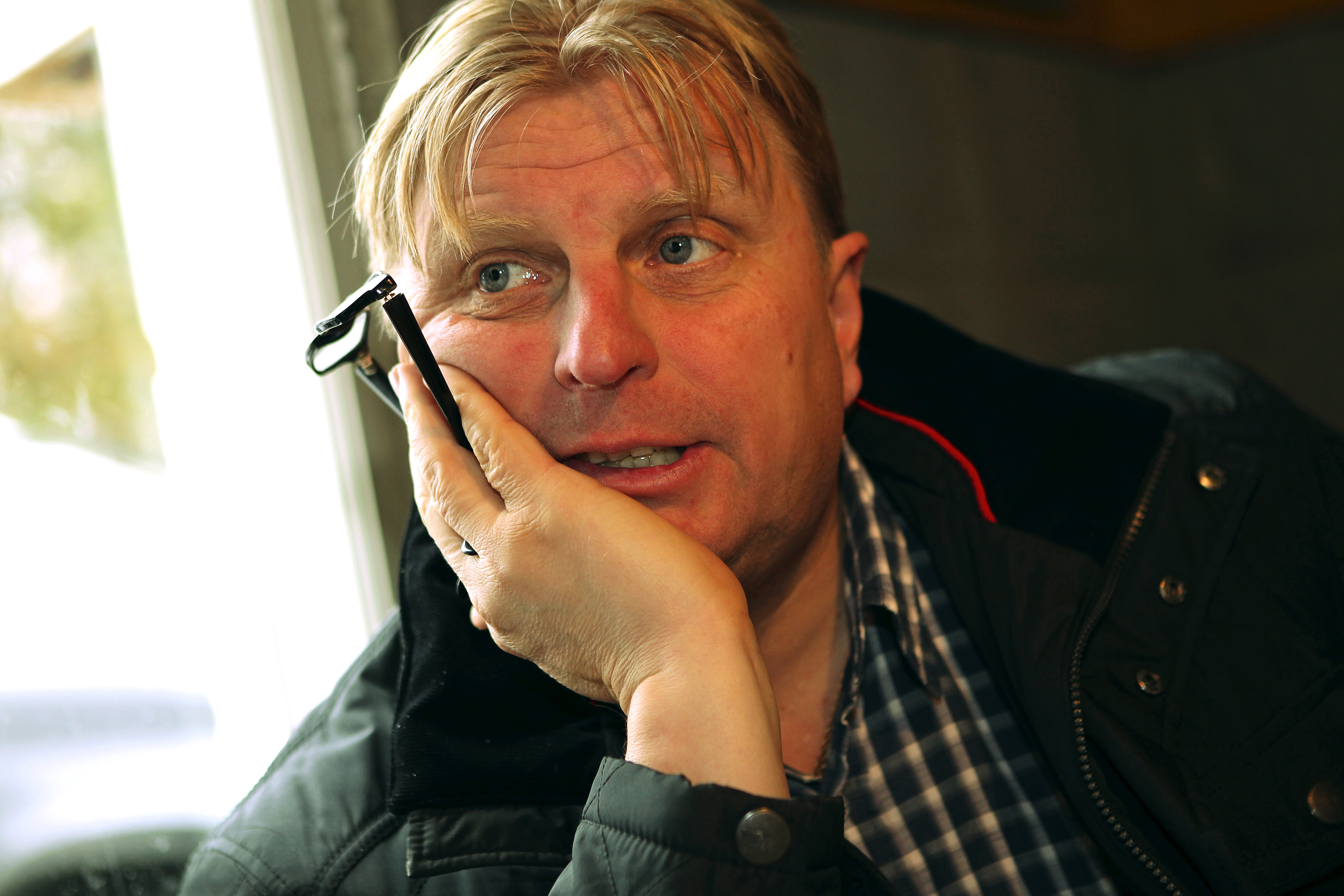 V86/jackpot: "I thought it would end in disaster"

Last Thursday he experienced the most terrifying experience of his life.
Last Saturday he was the man behind a huge V75® payout.
"It's been a shattering week" says Veijo Heiskanen who is racing two horses on Wednesday when V86® comes with a jackpot and SEK 13 million.

It was after last week's V86® races the accident struck.
On his way home from the V86 races at Solvalla Veijo Heiskanen's car crashed with a moose.
All the people involved were ok, the car and the moose didn't have the same luck.
But when the experienced trainer tells us about the incident it's clear that it could have gone a lot worse.
"We were outside Ulricehamn, it was 1:30 in the morning and a moose turned up right in front of the car. There was a fence around the road but somehow he found a gap and came right out on the road. I had no chance of reacting" says Heiskanen who still sounds shaken up from the incident.
"When we crashed, all the lights went out and so did the breaks. I had just passed a big semi-truck and realized that there was no chance he would see us without our lights on, it was pitch black. Two lanes has just merged into one so I knew I had to get off the road before he would hit us from behind. The windshield was completely shattered so I and Henna (Halme) had to sit with our heads out the windows to see anything, The car was full of smoke and i thought it would catch fire any second".
How far did you drive like that?
"Pretty far. Over a kilometer. It was terrifying. It was very hard to see the road. I thought it would end in disaster".
What happened then?
"We found an emergency pull-off. I managed to pull over and stop using the parking break. The emergency team came quick, it didn't take more than 5-10 minutes. They used a powder extinguisher on the car and we saw that the horses were ok, but it wasn't easy fixing the trailer at that time. We had summer clothes on and had to wait in the cold for three hours, it was a long night".
How much have you thought about it afterwards?
"I have some flashbacks. I have trouble sleeping, I feel that I'm not in balance, I think a lot about what could have happened".
Have you ever experienced anything like that before?
"No, never. I've driven millions of miles on the roads, but never even been close to this type of incident. It's the worst experience of my life".
Has it changed you in any way?
"Maybe it has. It's been an eventful year overall. I think it has made me a little more calm. I don't get so excited over a horse making a break in the start anymore, you realize there are more important things in life".

Femoral neck fracture in June
This is not the only accident that has happened to Veijo Heiskanen in 2019.
Three months ago he fell out of the bike in training and landed badly enough to fracture his femoral neck.
"The surgery was successful and it's healing as scheduled with rehab. I've been able to walk without crutches for two weeks but it will take six months to a year before I'm fully recovered. I"m on sick leave until the end of the year and I can't sit behind a horse".
How does it affect the training of the horses?
"Not that much actually. I'm in the barn everyday and I go to the races. All my three employees have been with me for a while and they know the routines. I only tell them how to train and they do the rest".
In between the two accidents Veijo Heiskanen turned 60.
"I celebrated my birthday at Tingsryd. We raced two horses and both won. So it was a good birthday even if I was on crutches".

Wants to go in the lead
That the concept works even without the trainer in the sulky was proven last Saturday.
Smevikens Cruiser surpised many when he, only on 1% of the tickets, was a big reason to why the payouts were so high at Färjestad.
A win that meant a lot, as Heiskanen showed after the race.
"Yes it was very satisfying. A wonderful victory. Especially with the tough days leading up to it. And it was so surprising. Even if I had a feeling the horse would be improved I didn't think he would win from that post position".
Maybe the Heiskanen stable can deliver a similar surprise when V86 comes with a jackpot and a sole winner could take home SEK 13 million.
In that case Henna Halme has to win with Puccy Italia in V86-7.
"No one would be happier than me if that happened, but I can't say I think it will".
You don't have the same feeling that he would be improved like Smevikens Cruiser?
"No I can't say I do. He does what he can but he's not good enough to go a round a field like this on his own. He didn't have a good day in his last start. When Henna left with him he just took off and was impossible to rate. He usually calms down better than that".
So it wasn't a sign that he's in good form when he wanted to go?
"No, I don't see it that way. He's in normal form. Henna has to save ground and try to get a check".
Any changes?
"No he'll race the same way he usually does. He should be able to have the American sulky even in volt start" says Veijo Heiskanen who has more faith in Joyride Cane in V86-3.
"That looks better on paper. Both class and distance are good for him. But I'm not sure of his form since he comes off a shorter break.
How is he prepared?
"We've trained him on the track at 1:21/2,100 meters like we always do when they come off a break like this. He was good but he might need a race to get back in form again".
If you compare his form now with the last time he raced in a sulky, what would you say?
"He raced very well on the outside that time and I can't promise he'll be as good on Wednesday. But he's not far from that form".
Tactics?
"Plan A is to race him on the front".
He usually makes sure the tempo is high, will it be the same this time?
"It depends on how hard you have to leave with him. If you have to leave really hard he might start pulling, but if you don’t have to leave at full speed he keeps calm. If he would sit behind the leader and the tempo is low he won't pull either so that's also an option".
How do you like his chances?
"He's one of the horses who can win the race, absolutely".
Any changes there?
"No he'll race the same".
Is Henna Halme the number one driver of the stable now when you're injured?
"She's number one on all the horses I own a part of, whether I'm injured or not. I decided that already when she started here since I've seen her drive in Finland. The other owners decide their own drivers. I think Henna is very good and the young people must get chances to drive too if they're ever going to progress".
When will we see Veijo Heiskanen driving again?
"I can't answer that. It won't be this year. As of now i can't get in or out of a sulky. But I'm happy to be alive and that I'm getting better".