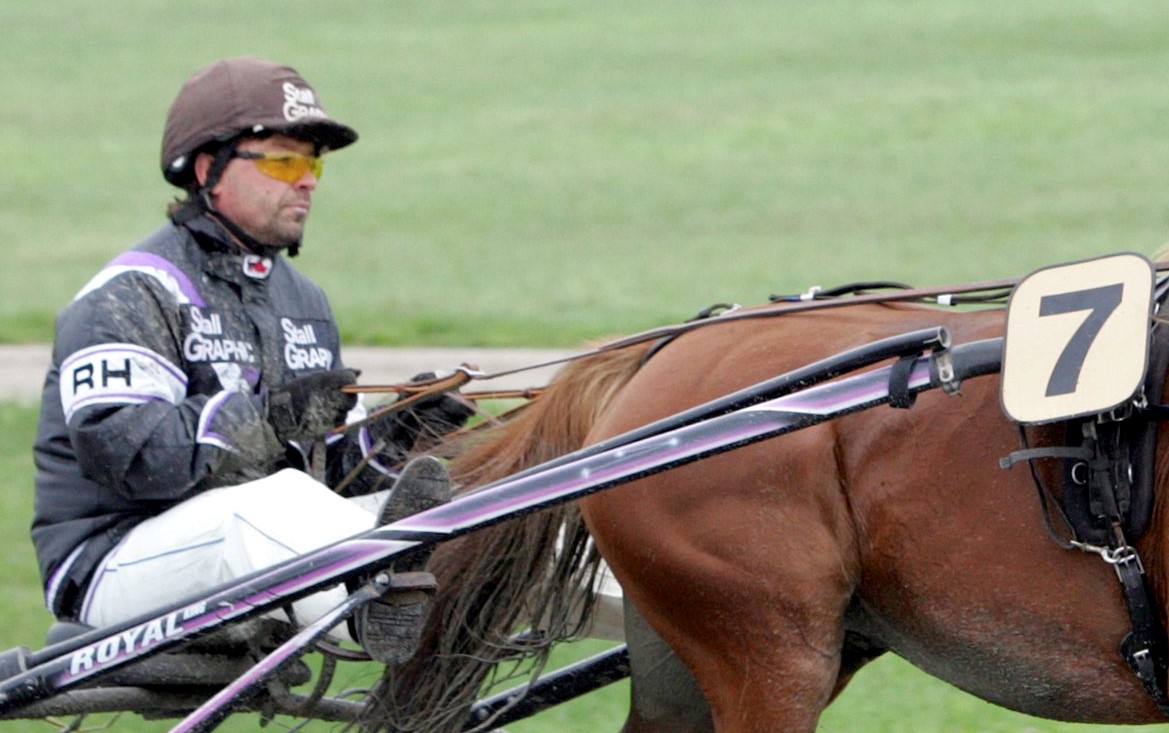 V86®/jackpot: Leaving Gotland for the first time in five years

He hasn't raced a horse on the main land in almost five years.
But now it's time to leave the island.
On Wednesday morning Visby licensed trainer Roger Hassborg will load up the talented Echo Gamble to take the ferry to Stockholm and Solvalla.
"A V86® victory would be my biggest accomplishment as a trainer" says the islander.

Roger Hassborg hasn't raced a horse at Solvalla since January 2014. These last few years he has raced exclusively at home at Visby racetrack on Gotland. But now he has a talented horse in his stable who makes him aim higher and make the trip to the main land and the country's capital, getting top driver Ulf Ohlsson down to drive.
"To race there you really need something between the shafts and in his last start he felt fantastic the entire way" says Hassborg about the five year old Echo Gamble (V86®-4), who was still unraced when he came to Gotland last winter after an unusual horse deal.
"It's a funny story actually. The girl who owns him (Johanna Nordenankar) has Icelandic horses and she traded away one for him. She and her father, who passed away a few years ago, used to have horses with me years ago and now she wanted a trotter to train herself. But she hasn't had the time so the horse ended up with me".
What was your first impression of the horse?
"The funny thing was that he's by Maharajah and I was wondering why he'd never gotten to the races. I still don't know all the issues he's had but I know he's had a few of them. I know he got kicked and some other little things. I got him going like I would with any other horse and I said to Johanna that he'll either be real good or real bad. I got that feeling right away, it will be either or, nothing in between. But he never impressed me in training before the summer and his qualifier. He hid his talent well".

The wooden horse at Solvalla spooky
Three wins in five starts so far is the result for Echo Gamble so he won't fall under the category 'real bad'.
"The wins are against cheap competition but in his first start he made a break and came back and trotted 1:14.5 last kilometer. When Claes (Sjöström) won with him he wasn't tired at all. Not when I won with him in his last start either.
"He wasn't as good when he finished third and two starts ago he made a break. But he had his reasons. First there was an accident on the track just when he was about to warm up so he had stand hooked up for a long time and then there was a power outage and a long time in between the races. I've noticed that when he has raced best is when I also have given a real good warm up. If that routine changes he can get a little bit nervous".
Could the ferry ride, a new track and all that be an issue if he gets nervous?
"The trip up there won't be a problem. When he's in a trailer or in a stall it's never a problem. A new track could possibly make him a little bit anxious though. The first time I schooled him there was a flea market at the track and that was a little bit spooky for him. So I can imagine that big wooden horse at Solvalla could be a bit spooky too. He's very safe so I don't think he would make a break even he gets a little nervous".

Felt unbeatable barefoot
How would you describe him?
"In training he always has a very low heart rate. It never gets really high and it comes back down very quickly after training. He's very strong and has a pretty good speed at the end. He doesn't leave all that quick just yet but I think he can learn to. He was good from post ten last time, when I could let him leave in between horses but I think his strength is his best feature".
How highly do you think of him?
"It's hard to say already now but last time when I drove him myself, since things didn't work out in the start prior, I pulled his shoes to see how that would work out. I had a feeling it would work out well, but it worked out REALLY well. He felt unbeatable already after a couple hundred meters and I never even had to ask him to go".
"But he needs to learn a few things. He's a bit of a troublemaker, has a sensitive mouth and can be a little foolish and scared of certain things".
He will start from post three and it will be the first time he'll start from the first tier behind the gate. Your thoughts?
"He's been jogged behind the gate and got to see the gate for an entire kilometer. He was a little foolish and kept looking at it. He's always better with company and on Wednesday we will have time to go at least one more time behind the gate at Solvalla. I don't think he will make a break but I want him to relax so that he can leave a bit".
How do you like his chances?
"He's in much tougher than before but I don't see anyone that looks better than him if you look at their times and what they've done so far. He fits the class well, has a good post and the plan is to race him barefoot again. Then everything has to work too of course, but I like his chances here".
How would it feel to win on V86?
"It would be my biggest accomplishment as a trainer. I've finished third on V75® myself but winning on V86 would be bigger".
This week's V86 comes with a jackpot where a sole winner could cash out SEK 12 million. Maybe an anxious but talented horse from Gotland is the key to those millions?