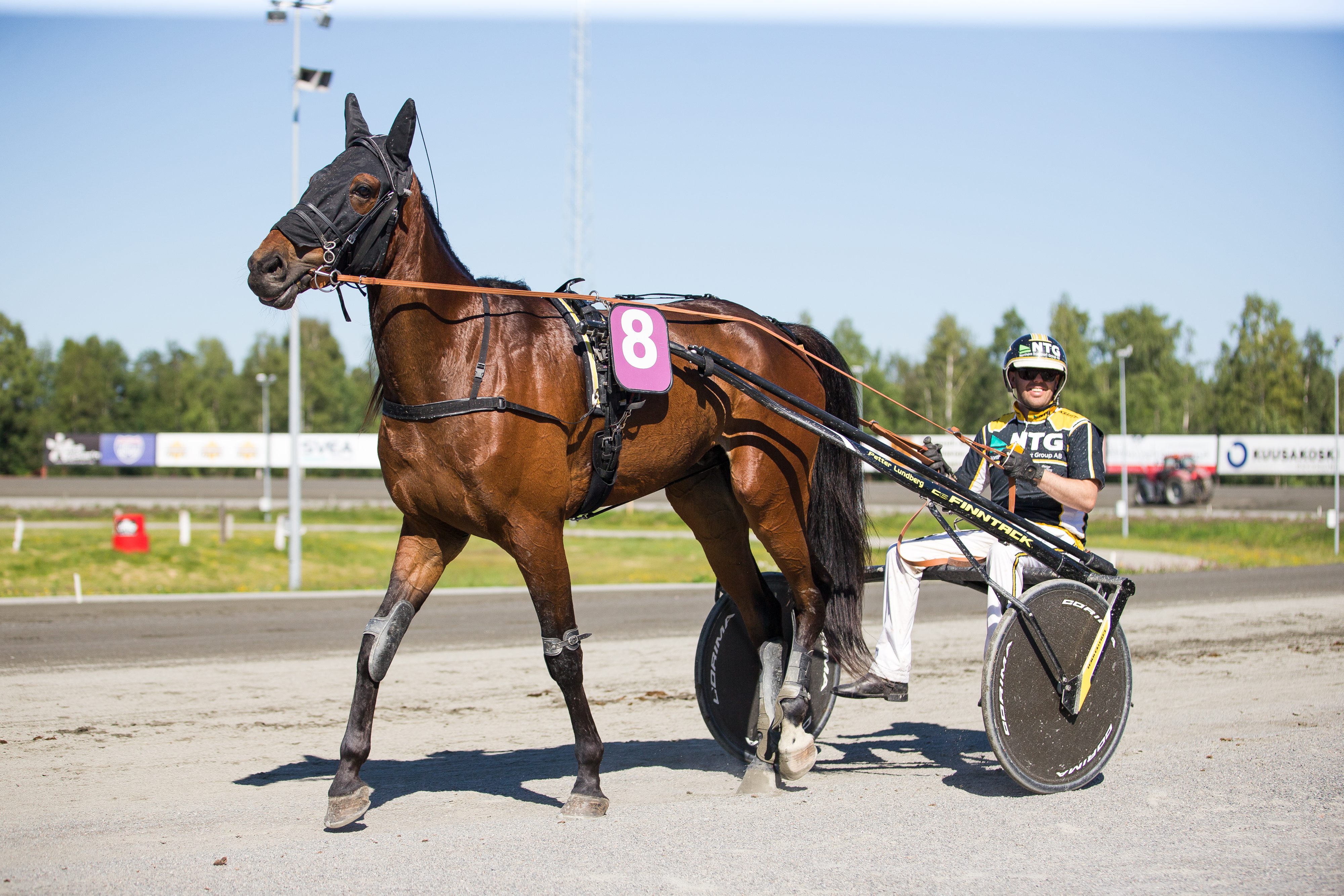 V86®/jackpot: One last night with the boys

Petter Lundberg is moving south.
This weekend the trip goes from Boden to Eskilstuna but before that he's racing one last night as a 'homer' at Bodentravet.
"It's been fun training up here but I feel that I need to see something else and that's something I've wanted to do for a while" says Petter Lundberg who is racing three horses on V86® this Wednesday.

Late last year Petter Lundberg chose to open up a second stable at Berga Gård just outside Eskilstuna. His former girlfriend Sandra Eriksson was the one who looked after that stable. Petter has been going back and forth when needed. Now they're switching places with each other.
"I've always wanted to move down south. I've had seven to nine horses in Eskilstuna since last winter and now I'm moving down there permanently. I'm bringing a few more horses down so it will be a total of 13 or 14 to start with" says Lundberg and continues:
"At the same time Sandra is moving back up to Boden. She will take care of the seven remaining horses up here".
Petter Lundberg, a Boden native, has been a Boden licensed trainer since he opened up his stable in 2004. But now he's swapping his Boden license for a Sundbyholm one when he moves down there. A decision he seems very satisfied with.
"It feels great, it will be interesting to see what I can accomplish. The conditions are a little different down there than up here, closer to the other racetracks for example".

Will go out a winner?
The V86® Summer tour makes a convenient stop in Boden on Wednesday when Petter Lundberg is racing his last night as a Boden trainer. He hasn't really thought much about how that will feel, though.
"I haven't thought much about it, I'm just focusing on the move south. I'm also going to be coming back to Boden with horses as often as I can but also on a personal level since I have my family up here" says the trainer who hopes he can go out in the best possible way.
"Nothing would be nicer than winning here on my last night as a Boden trainer. Winning on V86 isn't easy but I have three decent chances".

"A great spot"
Petter Lundberg thinks his three horses have equal chances and should all be considered.
"Don Draper (V86-2) has been good and he has won two cheap races in a row. It's tougher now and no starting gate. He leaves well and the 20 meter handicap shouldn't mean too much. Normally he should have a decent chance with the right trip. He races with shoes as usual".
"Glenn Cashman (V86-6) has been up and down in the races. Last time he was hard to get along with, don't know why. He has ability and hopefully things will go smoother now. Post position four is a great spot and 2,140 meters is no problem for him, he's won over that distance a few times before. Hopefully he can race barefoot, depends on how his feet look".
"Mellby Ess (V86-7) can leave pretty well so we should get a good position from post one. If I can hold up the lead I think I will race him there. The Finnish horse, Global Solidarity is maybe the best horse in the race. Rally Funny is good too, but needs a trip. My horse is pretty good too. He will race barefoot again and with an open eye bridle".