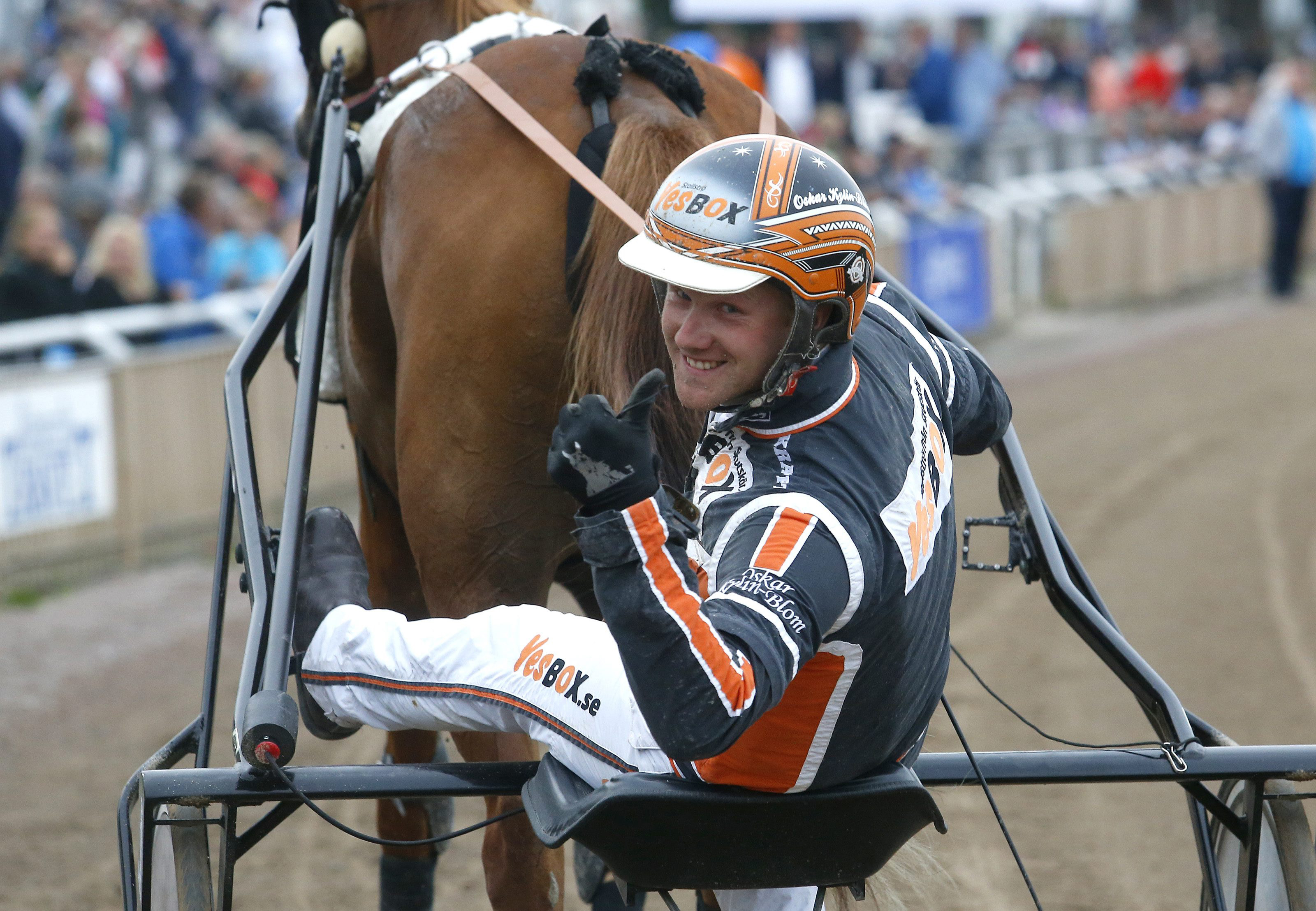 V86®/jackpot: Oskar doesn't need to be fancy to win

Oskar Kylin-Blom can put a career year behind him and on the first day of 2018 his business card will say professional trainer.
He has three wins with Linda's Girl since this summer and with her, he doesn't need to be fancy in this Wednesday's V86®.
"One of her best features is that she can do it the hard way"

After working many years for Claes Sjöström, Fredrik B Larsson och lately for Mattias Djuse it's now time for Oskar to go out on his own.
January 1 is the day the 25 year old can call himself a professional trainer at Gävle. This is following a career year as a driver in 2017.
He says he wanted to been seen more and has put more time in to driving this year.
40 wins in 480 starts and that's his best year so far as a driver. Almost SEK 3 millons in earnings and that's something he hasn't even been close to in previous years.
"I've gone all in this year and wanted to drive as much as possible to be noticed more and I'd say I succeeded in doing so. I've also gotten vetter and better horses to drive so I'm very pleased with this year" says Oskar Kylin-Blom.

Can do it the hard way
He has Ttree victories wins with the six year old chestnut mare Linda's Girl, one of which was his biggest win of the year - an leg of Diamantstoet in Östersund back in July. This Wednesday he can take another victory in Diamantstoet. Linda's Gilr drew post six behind the gate in V86®-8 at Solvalla.
Oskar Kylin-Blom says he's not afraid to go first up with her if needed.
"If I have to come first up in here, it's no big deal. She can do it the hard way. The race came out a little tougher than I expected, but I believe my horse is good enough to pull it off. The toughest opponent is whoever gets the best trip so to speak".

"A cool mare"
When he first got in touch with Linda's Girl back in June, trainer Lena Norin from Gävle told him to use the mare's strenght.
"The only thing Lena really told me was that once you get her going - just keep going. It was made clear to me that "Linda" was not to be pulled up or held back. And that showed to be true. She's a cool mare" says Oskar Kylin-Blom.
Last week Linda's Girl was back racing after being off for two month due to throat issues. She started from a trailing position and Oskar sent her three wide with one lap to go and she won all on her own.
"She had trained a´lot but no heats. Lena trains a lot of intervals and hard training in the woods. But to be this good right off the bat - I never thought so".

Tougher after new years
Linda's Girl arrived to Lena in the fall of 2016 and she's owned by Stall Tösabiten HB. Oskar Kylin-Blom knows the owners but doesn't count on getting the mare in training when he opens up his stable after new years.
Together with his girlfriend Emilia Leo he will rent a barn on a fram in Hedesunda, 30-40 kilometers from Gävle.
"There are 6-7 owners on Linda's Girl and considering the great job Lena has done with her, iIdon't see any reason they would want to move her. They bought a yearling from me, so I'm happy with that. I have four yearlings and two older horses right now. The way it looks now, I'm looking at 10-13 horses total after new years if everyhting goes as planned. It will tougher to compete as a professional trainer but both me and Emilia are looking forward to it" says Oskar Kylin-Blom.