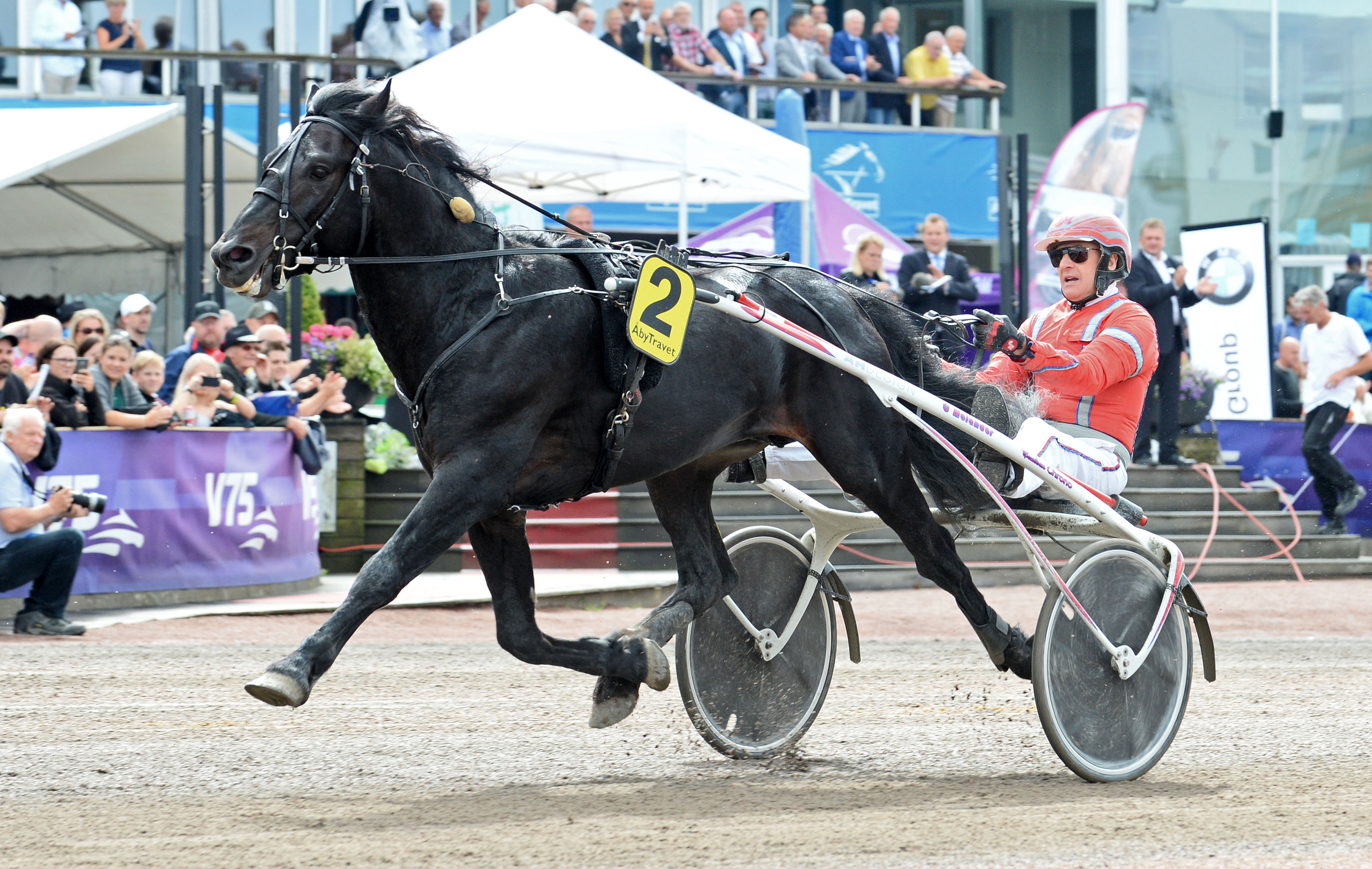 He is chasing his ninth consecutive victory and he is rehearsing for Elitkampen.
Månprinsen A.M. will as always be the mega favorite on this jackpot V86® card.
"He's usally right there in the photo and we're going to Bergsåker to win" says Gunnar Melander.

The value is extra high in this Wednesday's V86® which comes with a jackpot. ATG® says that a possible sole winner can take home SEK 12 million.
Even when one or more big favorites win the payouts can be high on V86. We've seen it many times. Many with single Månprinsen A.M. in the opening leg of V86 and he usually doesn't let his supporters down. The coldblood king has won an amazing 68 races in his fantastic career and earned almost SEK 9 million. He hasn't lost since last summer as he's chasing his ninth consecutive win. Månprinsen set a new Swedish record (1:20.9/2,180 metres) when he won in his last start and the twelve year old stallion might just be better than ever.
"Everything is well and he's felt alert following his last start. He feels great. If he's better than ever is hard to say but he's no worse than before, that's for sure" says Gunnar Melander.
"He won in a very good way in his last start and he wasn't even tired. Even if he set a new Swedish record, the tank was far from empty. I advanced up on the outside and when the others got tired he just sped up in the last turn and I didn't even start asking him to go before that. It feels like his form is really starting to peak".

No luck previously in Elitkampen
Månprinsen A.M. has won a lot of raced but one race he's never won is Elitkampen at Solvalla during the Elitlopp weekend. He has tried a couple of times without succeeding. A victory in that race in front of the Elitlopp crowd is high on Gunnar Melander's wish list.
"Last year we didn't participate because I couldn't prepare him properly. We had a lot of snow and so on and I don't want to push him if I feel there's a risk of him being injured. That's why we skipped it. I want to win and in order to do that you have to prepare in the best possible way. My horse went on to have a great year with earnings of SEK 1.5 million anyway, which is the most he's made during one year" says Melander.
"Two years ago we raced in Elitkampen but then I screwed up. I should have gone three wide on the back side but I sat with him. We were locked  in and didn't get out until 75 meters before the wire when it was too late. We didn't have time to get up for the win and that was the driver's fault. So we haven't been lucky when it comes to Elitkampen but I hope things will work out this year".

"Ready to trot very fast over the short distance"
Månprinsen A.M. is now rehearsing for Elitkampen by racing in this 'Elite test" which is a race over 1,640 meters behind the gate in V86-1. He has post position nine and will be driven as usual by Gunnar Melander.
"Too bad he didn't draw in the first tier so we could have tried to leave but it is what it is. My horse has been very positive and has felt so good, that I think he will race very well again. Many of the opponents are really sharp I'm sure, but I have a good horse and he's usually right there in the photo. I'm sure he will this time too and we're going to Bergsåker to win".
"I think he has a good chance to win and I think he's ready to trot very fast over the short distance. But I won't be going for any sorts of records, I just want to win the race. He'll race with shoes again and no changes are planned. We have talked about maybe pulling his shoes and race him barefoot at Solvalla. We have more gears to use" says Gunnar Melander.