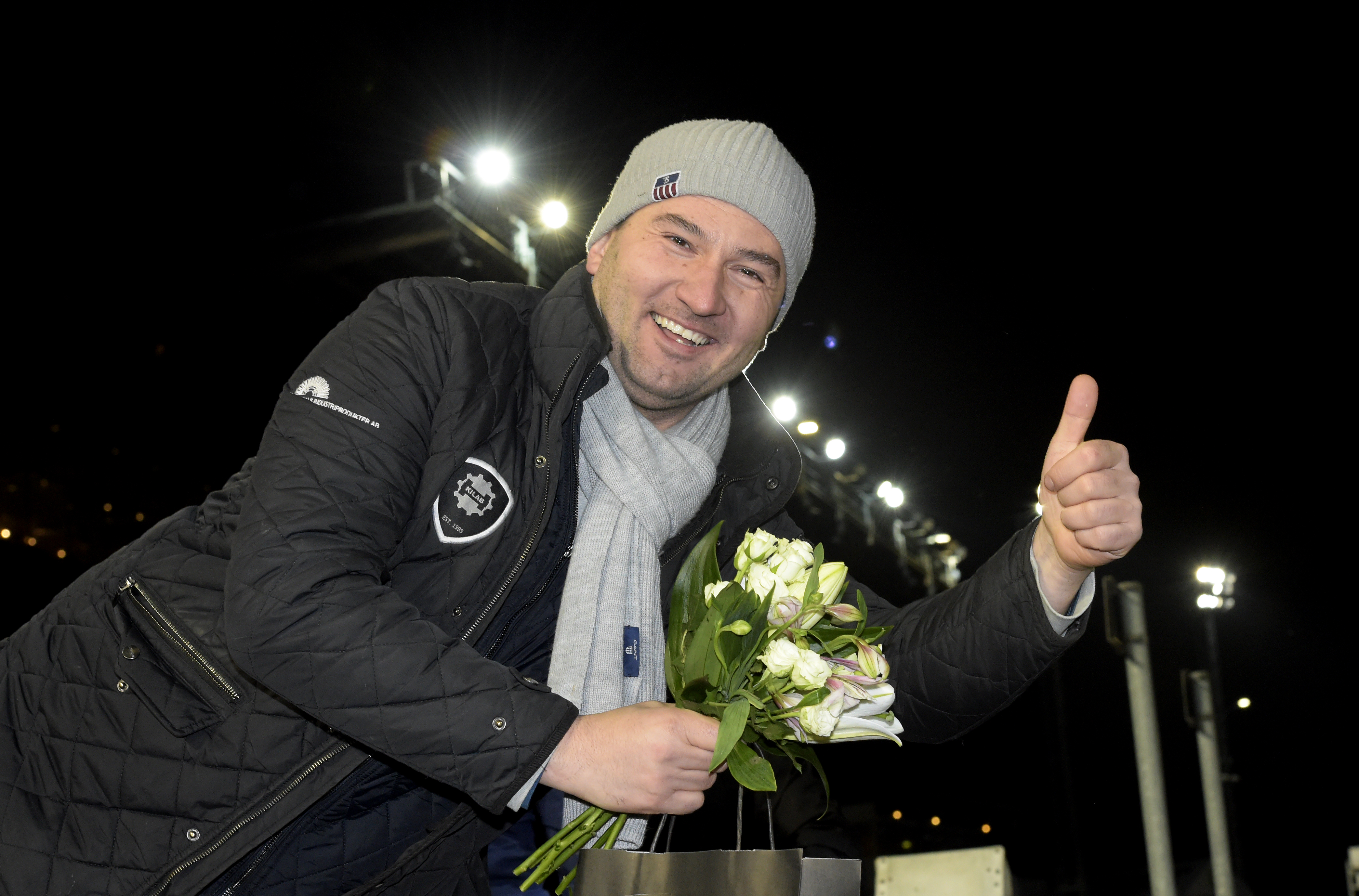 He finished 2019 with a win and he is undefeated in 2020.
On Wednesday Admir Zukanovic wants to help the V86® bettors in their chase for the SEK 13 million in the jackpot pool.
"I believe in a win" says the hot trainer who will send out Gizmo de Veluwe in V86-1.

In December everything went right for trainer Admir Zukanovic and his owner Stall Denco.
It started when Usain Töll won the E3 revenge worth SEK 150,000.
After that Stepping Spaceboy showed that he had found another gear following a period of training and took two V75® victories, including the gold division, the day after Christmas with SEK 400,000 to the winner - the biggest win of the year for the stable and a fabulous finish to a pretty mediocre year.
"That was great. We were battling infections and other problems for a while, but the last few months we've finally had some continuity in the training. The mild winter weather has made it possible to keep the track in good shape and the horse have stayed sound and healthy. It doesn't have to be any harder than that. But that's also what is so hard, to get all the pieces together" says Zukanovic who got a real surprise at the end of the year when the number one driver of the stable Stefan Söderqvist announced that he was retiring.
"He told me about his decision a day or two before he made it official, but it was very sudden for me too. I had a feeling something was going on, after some wins when Stefan didn't react the way he normally does. But that it would be sudden was nothing I was prepared for".
Does it affect your training stable in any way?
"Not really. Stefan came to train with me a few times, but very rarely. More than anything he's been great exchanging ideas with and he's always been good at giving me feedback about a horse after a race. That helped me in becoming a better trainer. But more than anything he's a great guy and i will miss working with him".

Coincidental cooperation
Instead it was Rikard N Skoglund who was asked to drive when the stable was to make its first two starts of the new year on January 2.
But that didn't go as planned since Skoglund had gotten suspended while driving at Vincennes before Christmas.
"Rikard had said yes to come and drive but his suspension was just put into the system as we had the entries so he couldn't drive at Åby. They then looked at the drivers standings and it turned out to be Henriette Larsson who drove our horses instead" says Zukanovic about how the new and very successful trainer/driver cooperation was created.
There is no other way to describe it since both Gizmo de Veluwe and Great King Wine crushed their opponents.
"We didn't really know each other except for saying hi at the racetracks. But Henriette did everything right and the horses were good. It doesn't always go as planned, sometimes coincidences can be very decisive for the future" says Zukanovic who has hired Henriette for Wednesday, this time by choice.
"She's a very good driver and for me it was a no-brainer that she would get to drive again. She will drive Great King Wine on Saturday too".

"Will be even better"
On Wednesday the focus is on Gizmo de Veluwe as he will be one of the favorites in V86®-1, a V86 card that comes with a jackpot and approximately SEK 13 million in the pool for all eight winner s picked.
Before his return in December the seven year old brother to Brad du Veluwe had been away from the racetracks for 15 months. His trainer explains why:
"He suffered a fractured coffin bone and since he had had a similar injury before, we decided to give him extra time to heal this time. Initially he was on stall rest, then we had him in a smaller paddock, before moving him to a bigger one. He started jogging back in June and since then we have just been building him back up".
Were you surprised that he could win the way he did in his last start?
"I was a bit surprised that he could do it in a short distance race. He is much better on longer distances, but in the winter he can race short distance races too, as long as the tempo is even. I told Henriette that she'd be better off just riding first up rather than backing towards the rear of the field and I will give her the same directions on Wednesday. He is tough to beat when he's on the outside".
How has he trained going into this start?
"He trained four intervals today (Monday) on the uphill track and he just bounced away from the others. When he was ahead of them he neighed and looked back to see where they were. That was the answer I wanted and a good sign that he has improved off of his last start".
Will you and Henriette stay undefeated even after this Wednesday?
"I have to believe so and hopefully even longer than that. The races this week look good so I hope it takes a long time before someone beats us" says Admir Zukanovic.