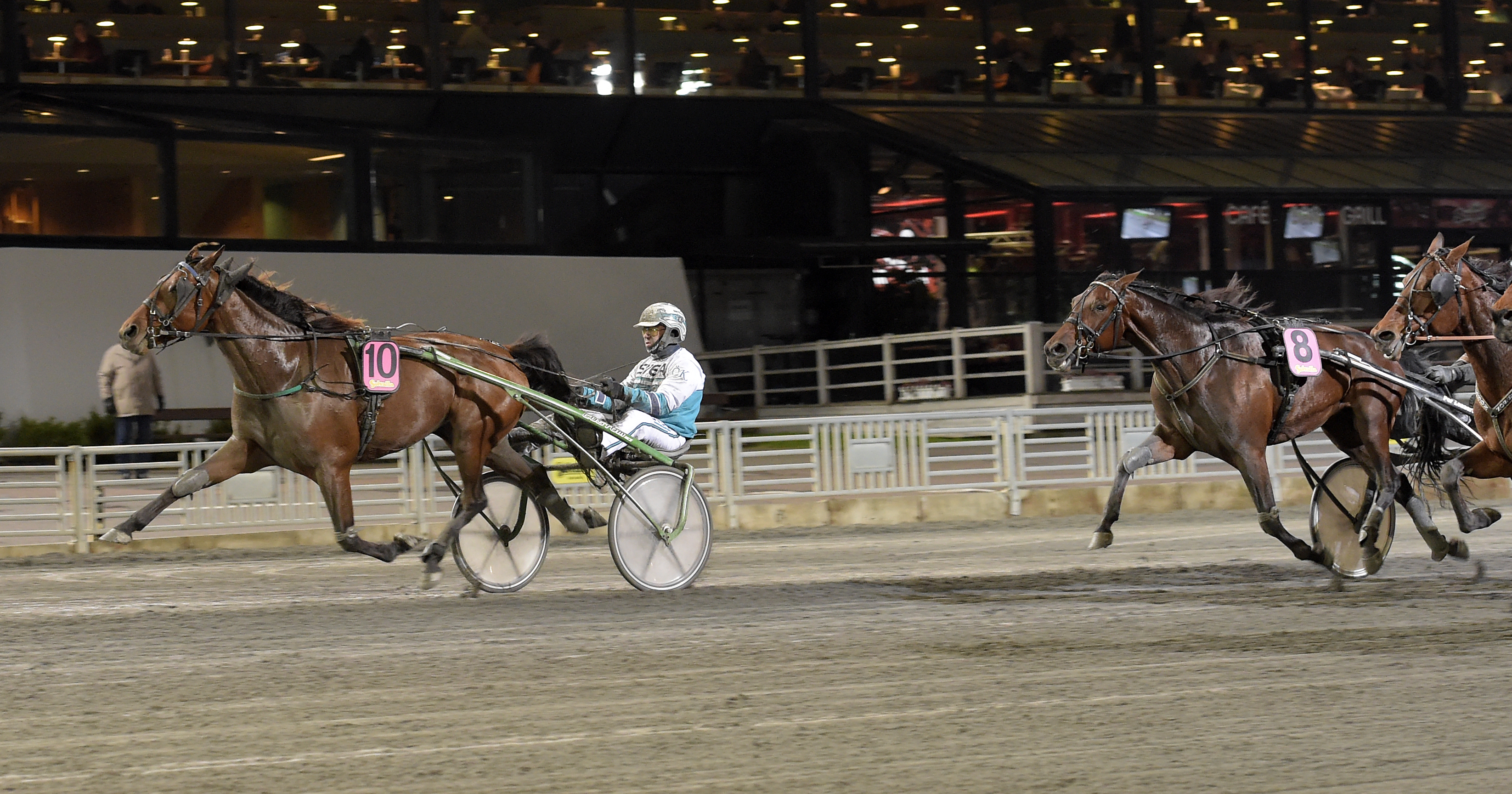 Top form and perfect conditions.
Pastorns Lady could be the horse to leave singled out and build the ticket around if you want to take home this Wednesday's super jackpot on V86®.
"I think it looks good" says her trainer Juhani Partanen.

Already last week there was added jackpot money in the V86® pool but since nobody picked all eight winners, those millions carried over to this week's pool.
That means there is a super jackpot in play this week which would make a sole winner take home as much as SEK 26 million. That makes every bettor out there look for the horse to build their ticket around. The Örebro invader Pastorns Lady could be that horse.
"I have to be optimistic. The conditions are good and if she is as good as she has been, which she seems to be in training, she will end up on the photo" says Juhani Partanen.
His five year old mare has made four starts after a long layoff and she has delivered very good finishes in all of those starts. Twice they took her all the way to victory and once she finished second in a photo finish.
Her only miss came two starts ago.
"But she trotted 1:12 and she really didn't race any worse than in her other starts, even if the result wasn't as good. She started from post seven and got hung out three wide in the first turn and then she had to go first over for a bit. She was also in a tough class and she couldn't get a hold of the track properly without shoes. That's why she raced with shoes behind in her last start".

"Have to try for the lead"
Pastorns Lady won her last start from the second tier after an 'impossible' finish. With 400 meters to go she sat fifth over but after driver Örjan Kihlström had passed some horses on the inside, he then pulled her out five deep into the stretch and she just flew by her opponents to victory.
"She always finishes well and the horse that do are usually good" says Juhani Partanen.
This time his mare will probably be in a better position turning for home. The draw determined that she will start from post two and when the distance is 1,640 meters to be started with the gate and she has won three out of four times that she's been on the front, there's no doubt which tactics driver Torbjörn Jansson will be using.
"She has started from bad posts but his time it looks more interesting and we have to try to get to the front. I haven't driven her myself in a long time and I don't know how quick the others are, but when I have driven her she has left like she's shot out of a cannon and we will put a blind bridle on her for this start too. She has raced with a kind of 3/4 blind bridle in every start after her layoff, but now she will race with a blind bridle that has an open eye on the outside. Unless she would be pulling like crazy in the warm up or something like that".

"No complaints"
Top form. Perfect post position. Quick out of the gate and likes the front end. In addition to all that, Pastorns Lady also fits the class perfectly with her SEK 299,300 lifetime earnings in a race closed at SEK 300,000 (races in Sweden are based on lifetime earnings).
As of December 1 it is no longer allowed to race barefoot in Sweden, could that be causing her problems?
"I don't think it makes any difference wether she races barefoot or with shoes. Except for one start up until this year she has raced with shoes and she has won many races like that (four out of seven starts).
"She will race with the same shoes behind as in her last start and with aluminums upfront. That is no problem for her. I think having to race with shoes will be a bigger disadvantage for many others".
A lot can happen in a horse race and they all have to be raced. But to find a better option on paper than Pastorns Lady to leave singled out is hard. Or as her trainer puts it:
"She fits the class perfectly and the post position is perfect. I have no complaints".