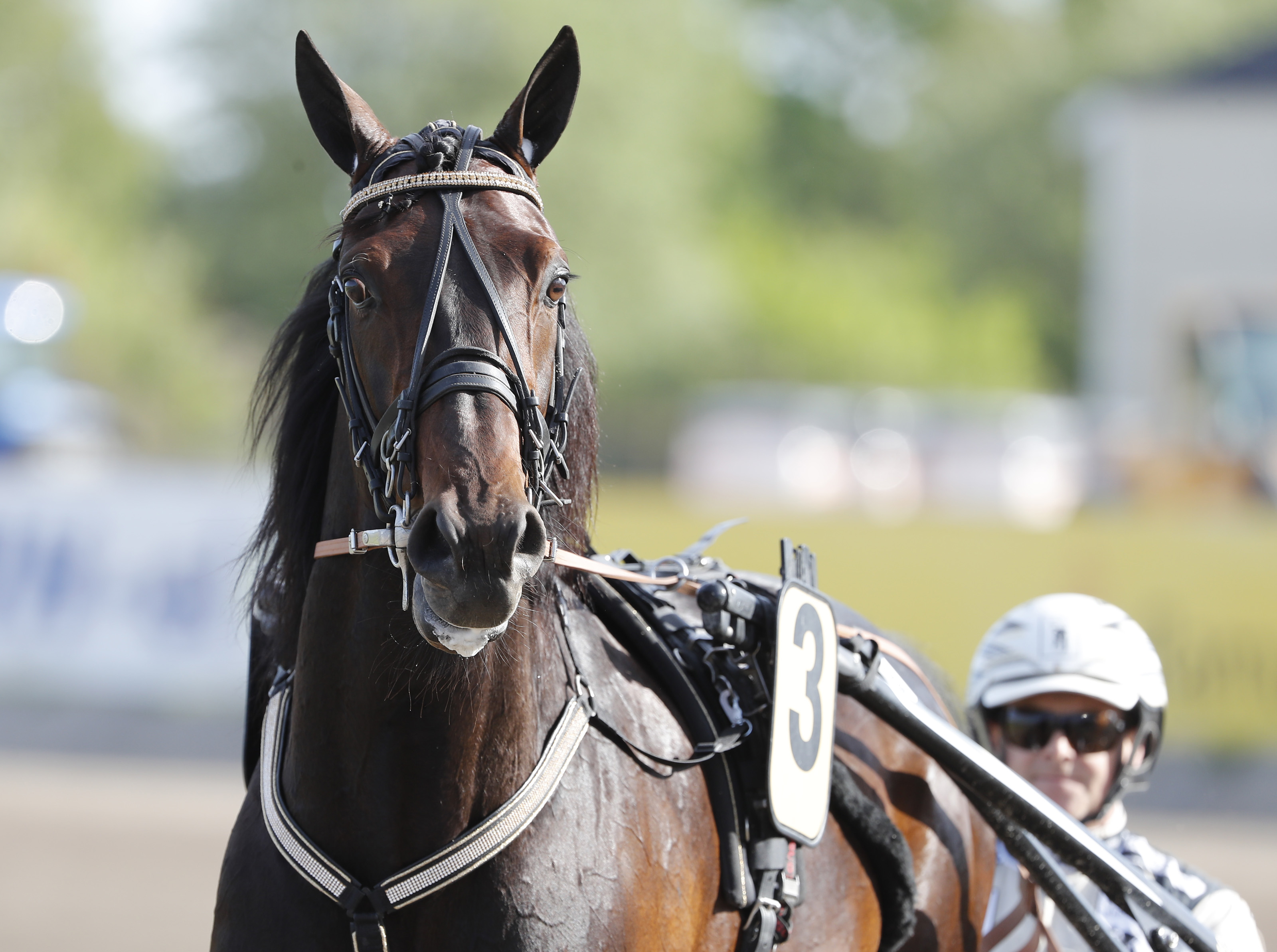 He had six consecutive wins when a break in stride ended his streak.
Global Unprotected is now recharged and on Wednesday he can start a new win streak.
"I will drive him conservatively but we have a good horse to follow and hopefully things will work out" says trainer Magnus Jakobsson about this V85 start where a super jackpot is in play.

After a veterinarian last fall discovered that Global Unprotected (V86®-8) had an issue with an elbow, things have really come together this year for the four year old. A win in his first start was followed by five more victories before he made a break in his most recent start as the favorite on V75®.
"He was a little bit sore and we treated his knees after that start. I still thought he needed a break, since he had lost some weight after those races. Now he's happy and healthy so it looks good for him" says Magnus Jakobsson.
It's been two months since Global Unprotected's last start and he's going right back out in the spotlight. There's a jackpot on Wednesday with SEK 20 million in the pot for all eight winners picked and he is racing in the eighth and last V86 race where the money will be handed out.
"The fastest I've trained him before this start is 1:19. He's not exactly in top form but he looks good and I'm sure he'll race well" says the Färjestad trainer who has to start from a trailing position, post nine, behind the gate.
"I'm happy with how we drew. I would have almost picked that myself over being on the gate, now we don't have to worry about leaving. I will drive him conservatively but we have a good horse to follow (2 Leader Brodde) and hopefully things will work out".
Global Unprotected will race with shoes upfront and barefoot behind, just like he did in three of his victories and even if Magnus Jakobsson is trying to keep the expectations down, he wouldn't be surprised if a new win streak will get started on Wednesday.
"The horse is good and I'm sure he could win the race but I wanna lay a bit low. I'm not gonna send him first up, I will drive him conservatively this time. But sure he has a chance to win".

"Very high ability"
Before V86 starts there's also a V5® (pick 5) to be determined. In the last of those five races, Magnus Jakobsson has a horse for the future in Global Utility (V5-5). She has struggled with different issues but this four year old mare has won two out of her five starts and never lost when she's stayed flat.
"She's had problems staying sound and last winter we did surgery on her knees. Then she got an issue with an ankle behind and her season was further delayed. She's a very nice mare, not completely stable but she has very high ability" says Magnus Jakobsson in a way that tells us he really likes her.
"She's has an incredible stride when she's sound. Before her return I hadn't trained her tough and I had safety weight on her and no pullouts but she still won from first up. In her last start she made a break in the first turn".
That first turn seems to be her biggest hurdle.
"She can get pacy in to the first turn and then she spits the bit and rolls over in to a break, she's done that before. She was a little hot warming up last time so I raced her open. She's raced in a blind bridle before that but I don't know if that had anything to do with it, I think it's more of a soundness issue. I trained her last Sunday and she felt good. I was 95% happy with her".
It's not that cheap of a race, but the toughest opponents are handicapped 20 meters behind Global Utility in the start and Magnus Jakobsson sounds optimistic.
"I'm taking some weight off of her but I won't decide on bridle now. I'll warm her up open and if that seems good we might just with that in the race again. I think she'll have a good chance if nothing unforeseen happens".