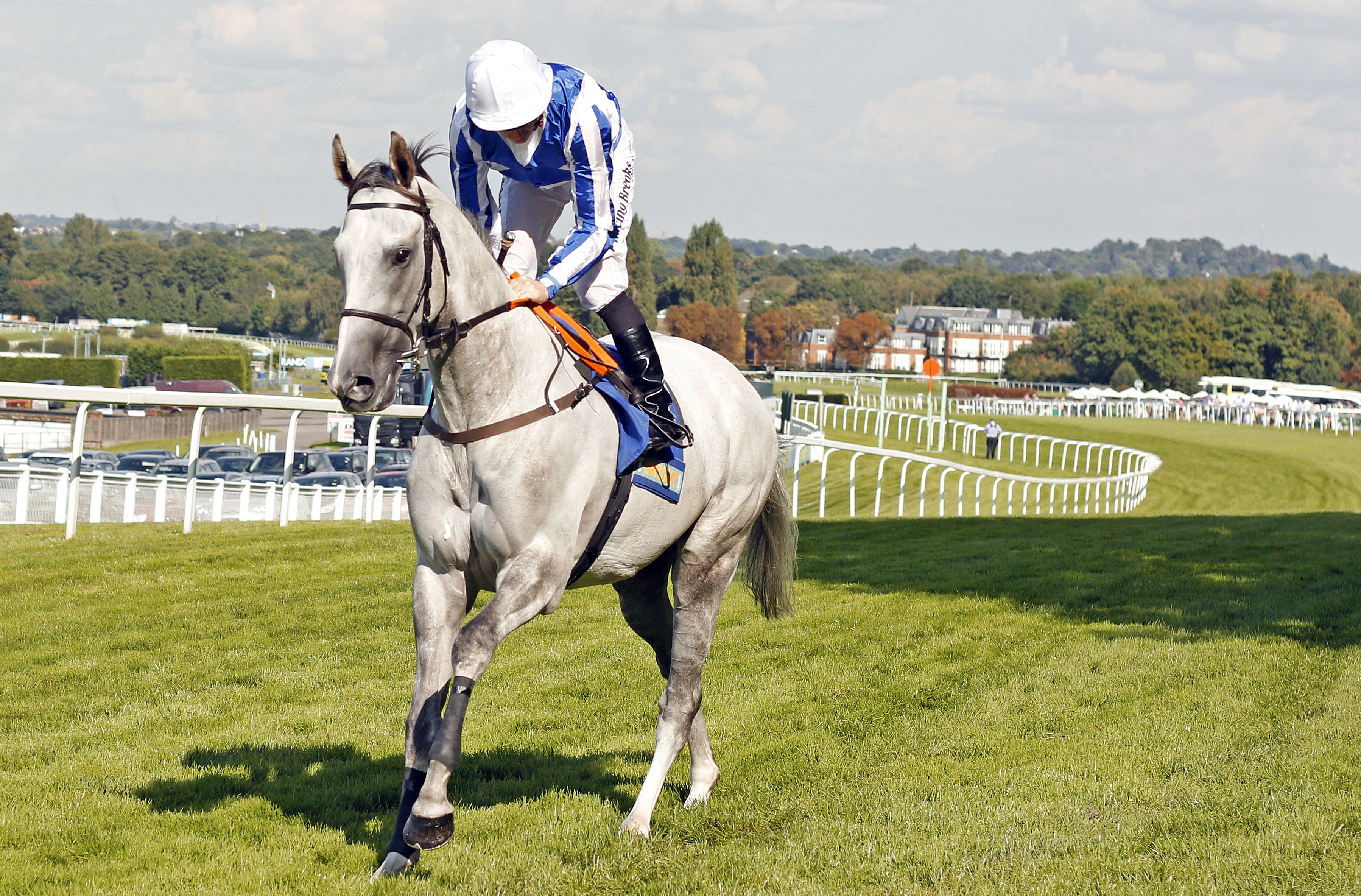 The dream horse is coming.
On Thursday it was confirmed that the British horse Thundering Blue will race in Stockholm Cup at Bro Park.
"He is the best horse to ever race in Sweden" says Dennis Madsen, general manager at Svensk Galopp.

The temperature regarding Stockholm Cup at Bro Park on September 23 rose almost to the boiling point on Thursday.
That's when trainer David Menuisier confirmed that he has chosen Stockholm Cup as the first leg in an international tour that ends with Japan Cup - one of the biggest horse races in the world.
"It will be very nice to return to Sweden. I was there six years ago and have nothing but positive memories" says the French born trainer who has his stable in West Sussex in the southeast of England.
The story behind Thundering Blue is a Cinderella like fairytale and the horse has thanks to his characteristic looks and the way he races gained a lot of fans in his home country.
As late as last year he just raced in 'regular' races, but as a five year he's gone through a metamorphosis and stepped up as one of the best horses in the entire UK.
His big breakthrough came two starts ago when he sprinted home to win the Group 2 race Sky Bet York Stakes.
He followed that up with - as by far the biggest outsider of the race - finishing third in Juddmonte International Stakes on August 22, a race for the elite with a purse of SEK 10 million.

Canada next
In comparison, the SEK 800,000 first prize in Stockholm Cup can look modest but David Menuisier sees many reasons why to choose Sweden as his destination when he races his star pupil abroad for the very first time.
"Our main target is the Canadian International at Woodbine in October. We needed to find a race prior to that and Stockholm Cup fits us perfectly. He gets to try the distance (2,400 meters) and we get to see how he copes with flying. Also Stockholm Cup is one of few Group 3 races where he won't be punished for winning a Group 2 race, so he'll get to run with the same weight as the others" says Menuisier and adds:
"Personally I also want to say that I'm looking forward to seeing your beautiful country again. The only time I've been to Sweden was when I worked for John Dunlap and we raced Berling in the 2012 Stockholm Cup. I promised myself to return when i have a good enough horse. I'm also excited to see the new track (Bro Park) that I've heard a lot about".

A chance to measure up against the best in the world
For Bro Park and Svensk Galopp it's a jackpot getting a horse of this caliber.
Thundering Blue comes with a  RPR (Racing Post Rating) of 119, higher than anyone who ever raced in Sweden before.
That also means he will be first horse ever to receive a three digit form number in the official program.
"He will be handicapped 100 in Sweden. As far as I know, no horse had been given that before. If so, it was many years ago when they were more generous with the form numbers. I can say that he's no doubt the best horse to ever race in Sweden" says Dennis Madsen, general manager at Svensk Galopp who has been the driving force behind the effort to have a direct flight from Stansford in London to Arlanda in Stockholm.
"Our goal has been to attract as good horses as possible. It's understood that the priority is to as quickly as possible arrive and return home. Now they will only be gone for three days as opposed to before when it could take up to ten days before the horse was back home again".
There are twelve spots on the plane and Madsen hopes to fill it.
"There's been a lot of interest but we won't know for sure who's coming until we close the entry box on Monday. There won't be any more horses of the same caliber as Thundering Blue, but I hope the other guests will spice up the entire race card and give us further international touch to this day".
What does this mean for the sport of gallop is Sweden?
"It means more than anything that we get a chance to measure up our horses against the best in the world, get a hint on how far behind the elite we are. If we're lucky this could generate chances for Swedish horses to compete in the bigger races abroad" says Dennis Madsen.

"Massive fan club"
What type of horse is coming?
We'll let David Menuisier tell us about his star pupil.
"He's like a fairy tale horse and it shows because he's so light, almost white. In a race he likes to sit far back in the field and save his speed. He has a tremendous change of pace and always goes the quickest at the end of the race, but he needs a long home stretch of at least 400 meters to get his speed to work".
"Those features has brought him stardom and a massive fan club here in England the last couple of months. I'm sure that played a big role in him getting invited to Japan Cup, they want to see him over there too".
But first on his international tour is Bro Park whose audience get to enjoy the record high handicapped Thundering Blue taking on the Scandinavian elite next Sunday.
"He's the highest ranked horse you've ever had? I didn't know that. That didn't precisely make the pressure any less" says David Menuisier laughing and says:
"Of course we're coming to Sweden to try to win. I hope we don't let anyone down".
The program for Stockholm Cup and the rest of the race card will be available on Monday.