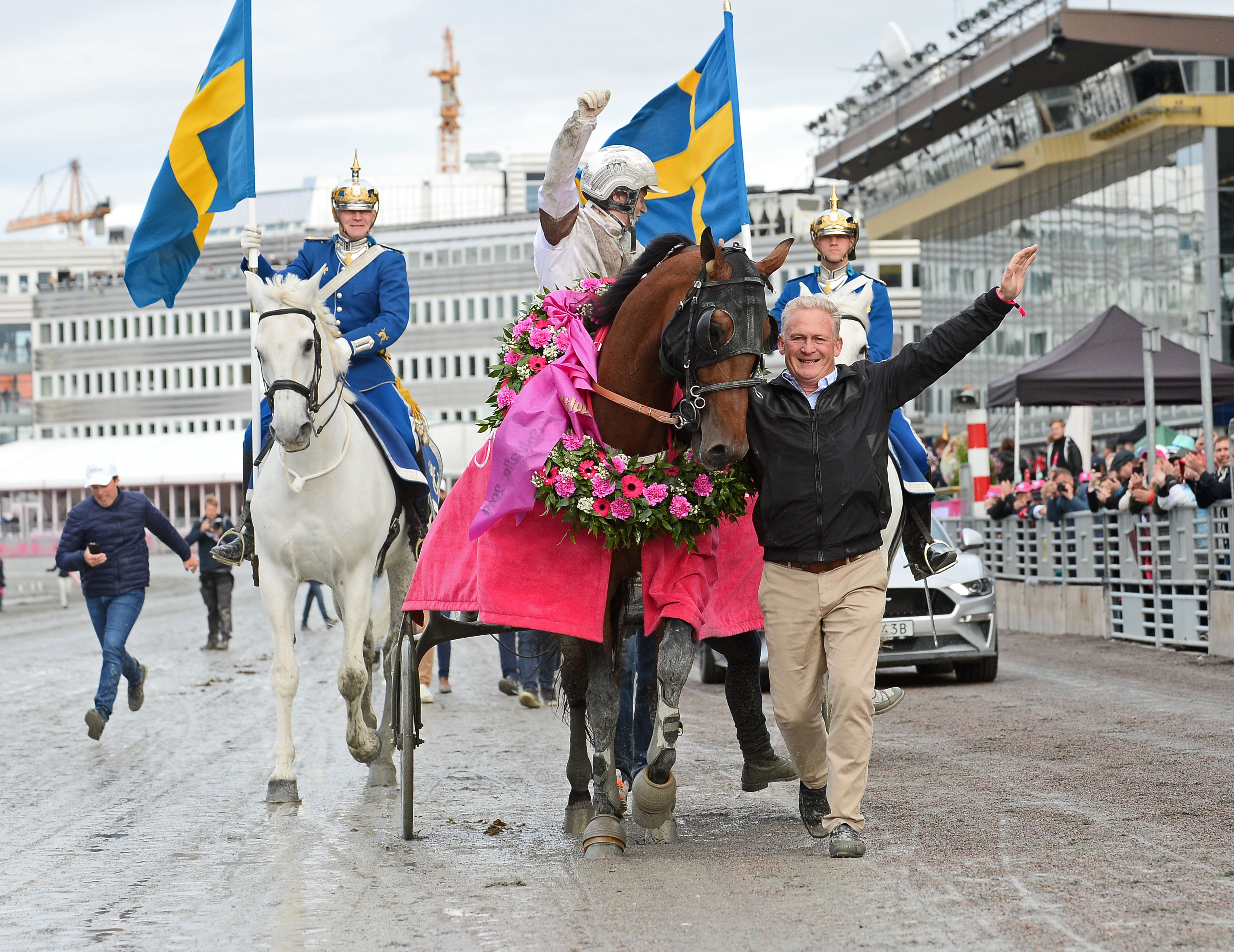 Dijon won Elitloppet after a lot of drama

A scratch, an interference, a possible break of stride and a long wait for the result to be announced.
Elitloppet 2019 turned out to be more dramatic than anyone could ever imagine.
Fifteen minutes after the field crossed the finish line, it was announced that the winner was the French horse Dijon.
"It's like a dream. I still can't believe that we have won" said a chocked Romain Derieux after the huge upset win.

Already in the post parade there was drama. Readly Express came up lame and had to be scratched.
That changed the entire complexion of the race and when the gate left the field it was the very quick Dijon who blew straight to the front with Aubrion Du Gers sitting locked in behind him. With a kilometer to go Jos Verbeeck behind Aubrion Du Gers managed to squeeze out behind Propulsion who was parked outside of Dijon. But he didn't have room which cost him a fine and a suspension. Dijon won the race with Aubrion Du Gers in second place. But it was far from over there.
Dijon switched to something that looked like a mix of trot and pace the last 50 meters and the judges took a good and long look at both that and at the way Verbeeck got out from the pocket.
After ten minutes of discussions they chose to not disqualify either horse.
"It was a terrible wait. I wasn't sure wether he trotted or paced or how the judges would look at it. It was almost excruciating" Derieux said.
When the result finally was announced the winning trainer and driver was crying tears of joy.
"I still can't believe we won, it's like a dream. This is the best day of my life." said Romain Derieux.
Propulsion tired and finished fourth. Third was Makethemark with Ulf Ohlsson.
The winning time was 1:10.3.