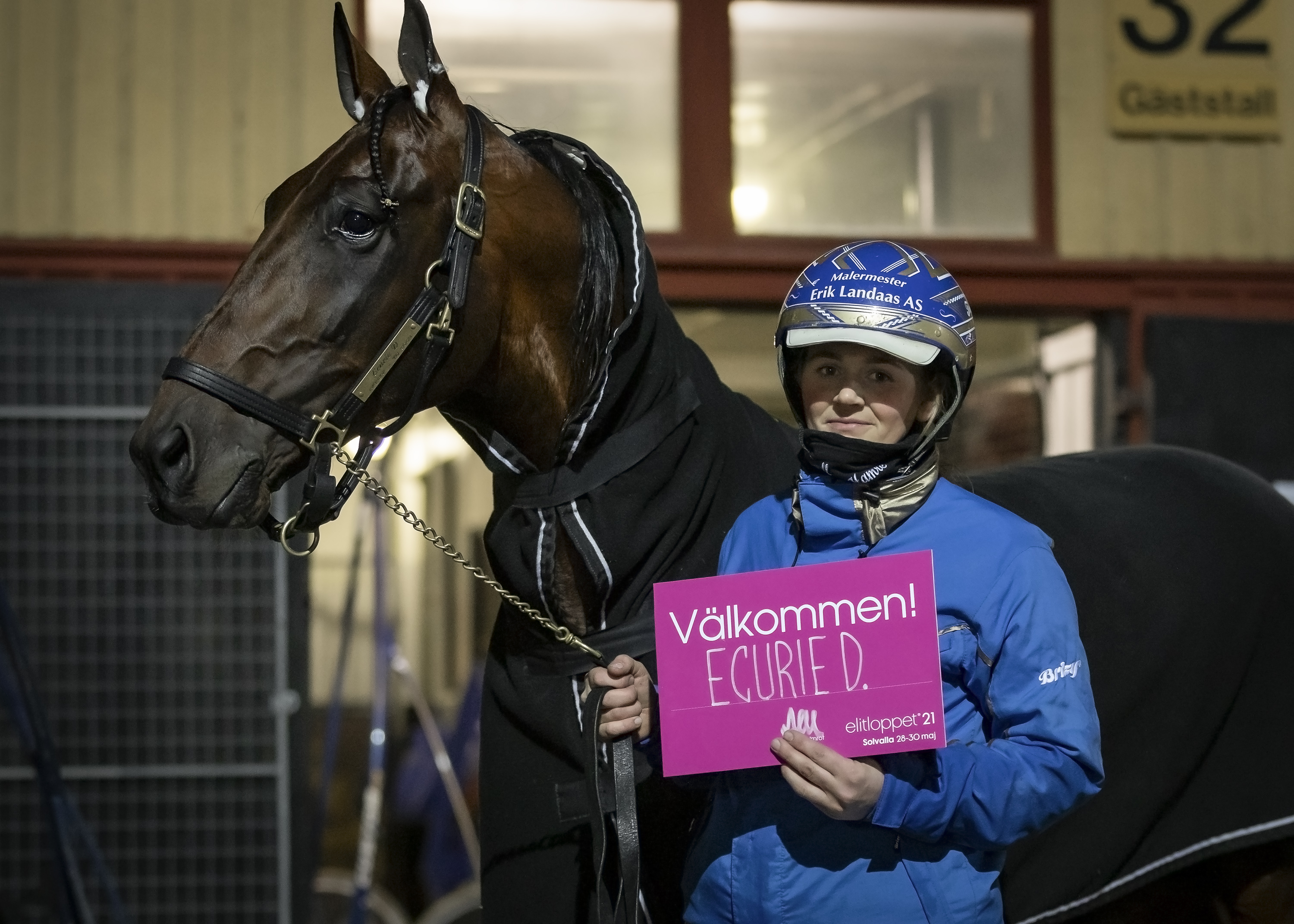 Super trotter Ecurie D. won his seasonal debut at Solvalla two weeks ago.
After the race he became the first horse to get the pink invitation to this year's Elitlopp.
"It's a dream scenario for me to be able to start by inviting Ecurie D. - a horse that many hold as the favorite to win Elitloppet" said Solvalla's racing manager Anders Malmrot.

Ecurie D. was in the talks already for last year's Elitlopp but since he was still pretty young, the connections chose to wait a year. Now he is five years old and trainer Frode Hamre had said already before this start that the aim is set at the prestigious race at Solvalla on the last Sunday in May. He is now guaranteed a spot after having won easily from the lead in Dartster F's race.
"I saw Anders' slip there, that was fun!" said driver Björn Goop and meant the pink Elitlopp invitation.
"The horse was very good. He is not in top form yet but he felt great and harmonic. It felt like a good seasonal debut".
Also making his first start of the year was Milliondollarrhyme, who finished fourth in the last two editions of Elitloppet closed well and closed in on Ecurie D. near the finish line. He was never close to winning the race though.
"I try to win by as little as possible every time and save some for next start and there was plenty left in him, he could have continued like that for a while longer" Goop said.
Ecurie D. has so far won 15 of his 18 career starts and made SEK 3.3 million.