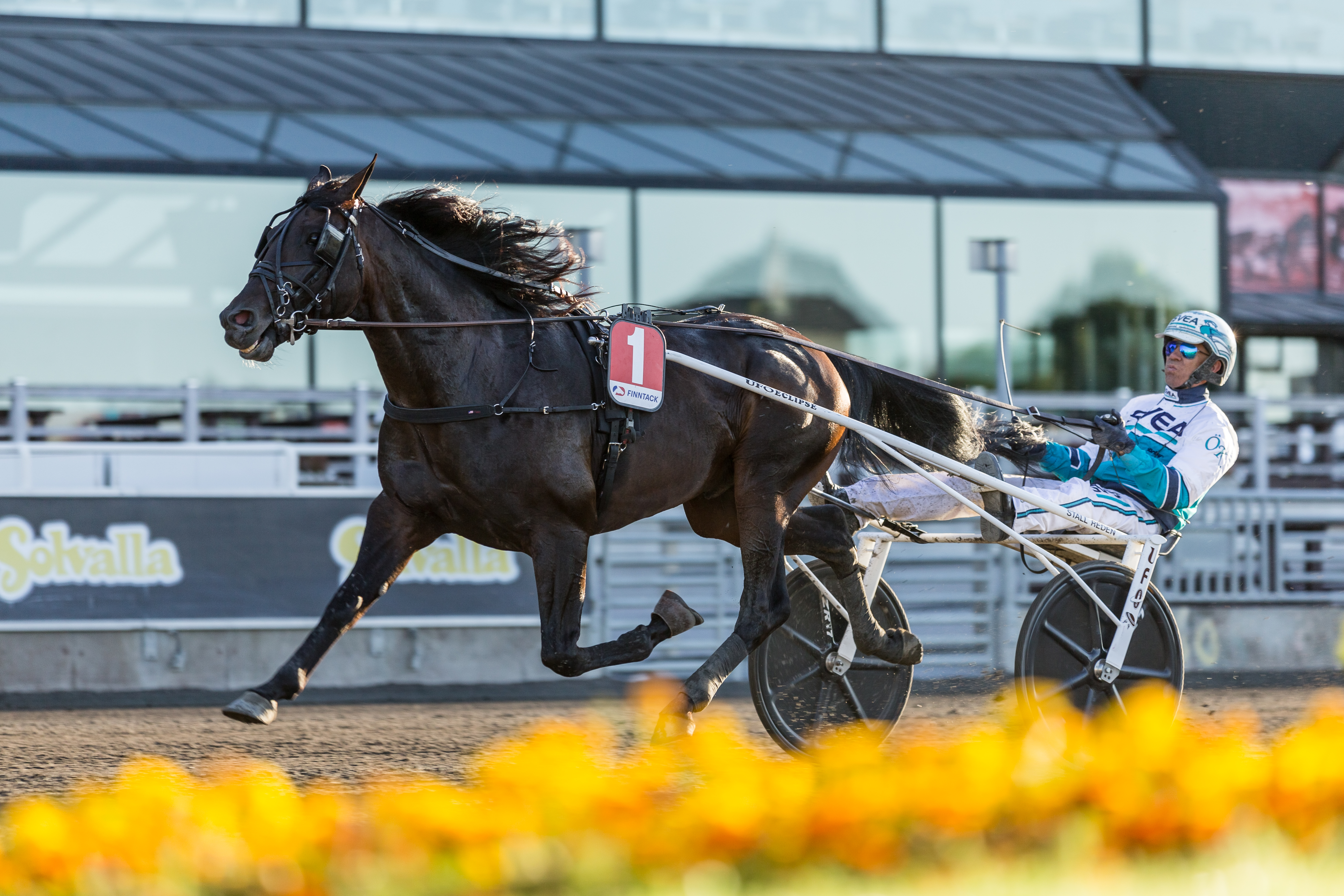 It was wide open beforehand.
The post position draw did not make Elitloppet 2021 any less unpredictable.
The favorites going into the draw Don Fanucci Zet and Very Kronos both drew post position eight behind the gate.

The hometown favorites were the ones who drew blanks in the post position draw for Elitloppet.
The Solvalla trained duo Don Fanucci Zet and Very Kronos were made betting favorites at ATG before the balls containing the post positions were opened on Sunday evening, but they will both be underdogs as the night mare came true and they both drew post position eight behind the gate.
"I'm feeling slightly nauseous. Very Kronos is such a good horse, he still has a chance, but physically it's 10-15 meters just to get down to the pylons from out there. It's fair and square, it's a draw, but right now it doesn't feel fair. I have seven days to get in the right mood and if the horse is healthy and sound on Sunday as the car starts moving, I will feel strong" said the driver of Very Kronos, Erik Adielsson on TV12.
Regarding Don Fanucci Zet, Daniel Redén sounded happy hours before the draw.
"I had a great track to train on last Friday and I trained him a bit tougher, he felt very good" said Redén who has saved one gear on his five year old.
"We have some weight upfront on him that we can fiddle around with. He has raced with bell boots in every start so far this year, but he didn't wear them when he was at his best last year" Redén continued. He had better luck with Heavy Sound who drew post position two.
"Heavy feels the way he should. He doesn't need to train as tough as Fanucci, he just needs to be happy when he races".

The two young brothers debuting in Eitloppet
On the other end of the spectrum are the Italian horses. The Elitlopp manager Anders Malmrot had given the two top seeds to Very Kronos and Vivid WIse As.
The latter made a break from his inside post in last year's Elitlopp elimination and drew the exact same post position this year. Last year's winner Cokstile on the other hand never saw the pylons last year, but will have to start there this year.
Of the horses who were handicapped at under 10-1, it was only the up and coming Seismic Wave who drew a post position that can be called favorable.
The 22 year old Elitlopp debutant Mats E Djuse will drive Jerry Riordan's Gareth Boko and he sounded happy with post position five.
"It could have been much worse so we'll take it".
How does it feel to drive in Elitloppet?
"It feels huge. I've been to Elitloppet every year, nothing beats it. Of course, it will be a bit stale but I have to pretend that the crowd is there" said Djuse whose younger brother Magnus will drive stable mate Aetos Kronos, who also drew a post behind immediately behind the car.
The first Elitlopp elimination will go off at 15:30 local time on Sunday and the second one at 16:00.
The final will SEK 3 million to the winner will go off at 18:10.