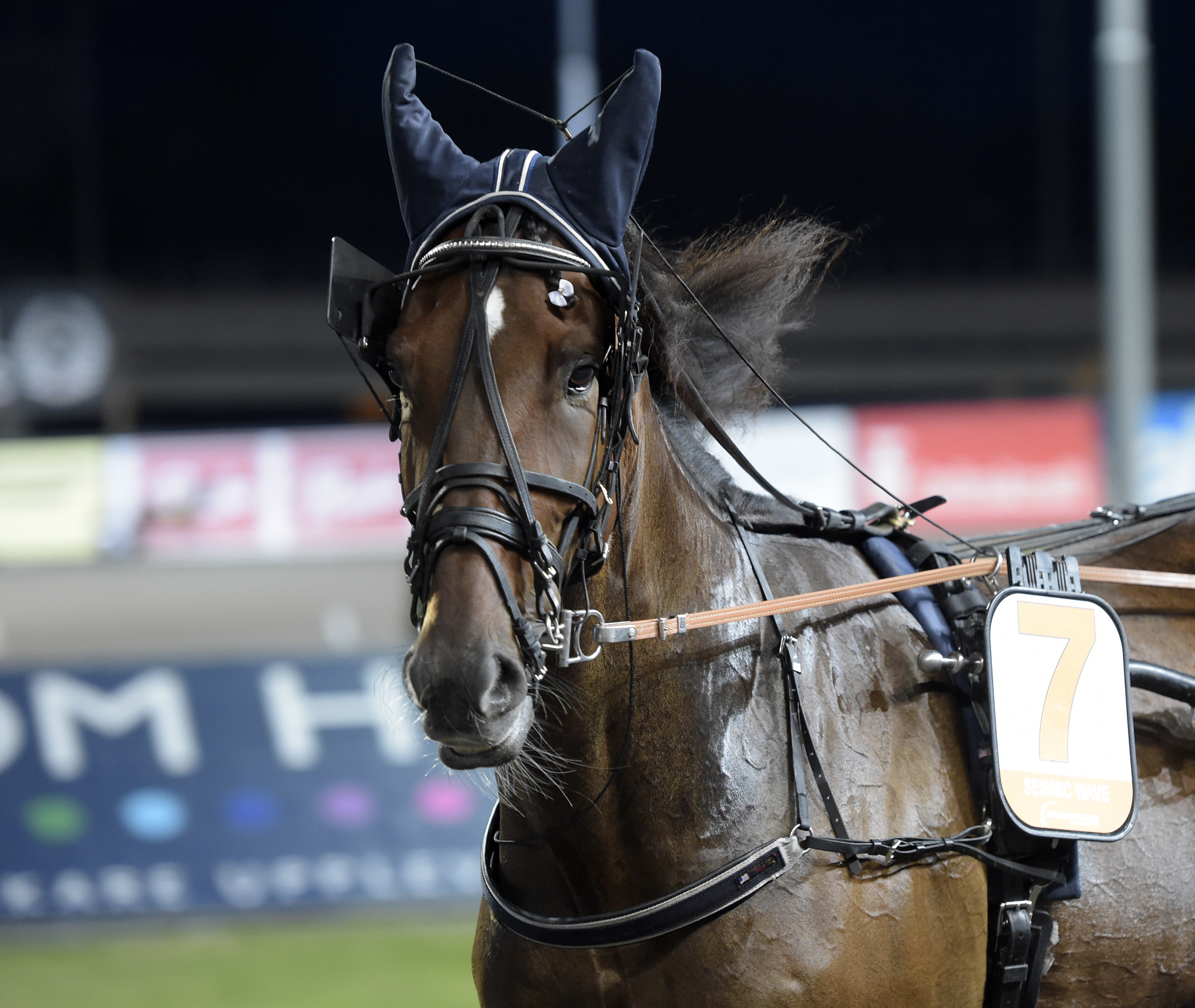 Another horse for Elitloppet was presented today.
Seismic Wave joins the exclusive group of horses who will battle for the eternal glory and fame at Solvalla on May 30.

The Solvalla licensed trainer Timo Nurmos has made it clear that he wants to race Seismic Wave in Elitloppet. On Wednesday he received the pink ticket by his home track's racing manager Anders Malmrot.
"I think he belongs in Elitloppet. We have been aiming for it all winter and he has shown that he is in good form" said trainer Timo Nurmos in the Solvalla TV-show. The six year old U.S. import, who could have raced in the silver division final during the Elitlopp weekend, is this year's big up and coming horse in Elitloppet. He is new in class but 10 wins in 14 starts since he came to Timo Nurmos speaks volumes and he showed in his last start when he after an impressive last half finished second in Meadow Road's race, that he is good enough to compete in the older elite. Claes Sjörström will drive him in Elitloppet.