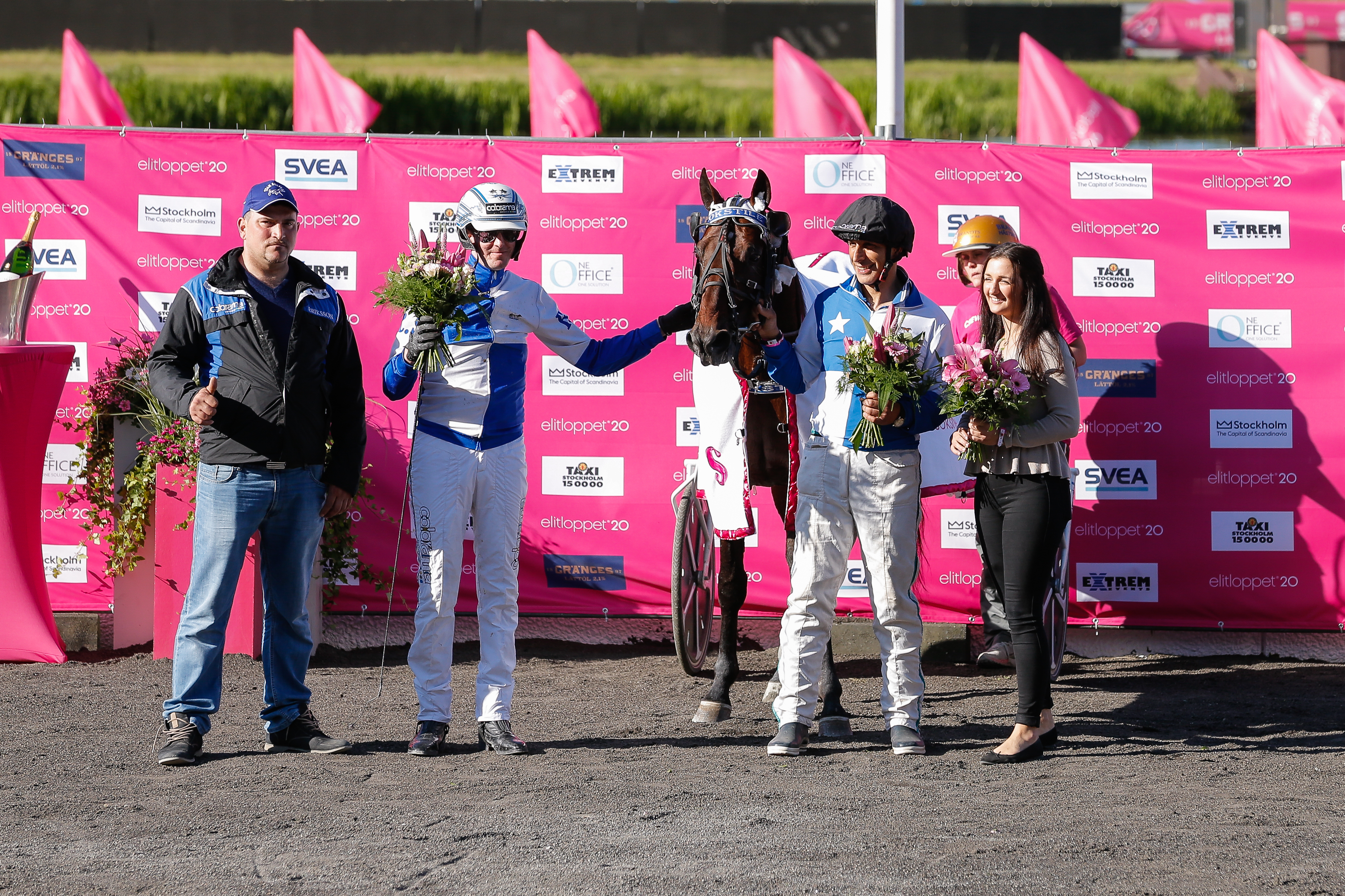 Elitloppet: The reigning champion to race in Elitloppet

Cokstile is the eleventh horse on the list of horses to race the last Sunday of May.
The reigning champion was impressive in his return.
"He was very good indeed and he showed that he deserves a spot in Elitloppet" says the Solvalla racing manager Anders Malmrot.

This will be the third time Cokstile races in Elitloppet. In 2018 he finished sixth in the elimination won by Ringostarr Treb, who also ended up winning the final. Cokstile was then trained in Norway by Jan Kristian Waaler and driven by Lars Anvar Kolle. Last year the horse returned to Solvalla, trained by the Italian Rocco Spagnulo and driven by Christoffer Eriksson he won his elimination before Racing Mange and Propulsion and in the final he finished second behind Propulsion who later was disqualified and therefor the victory went to Italy.
Cokstile hadn't been seen on the racetracks since last September when he returned at Charlottenlund in Copenhagen last Sunday, now trained by Mattia Orlando, whos has a stable in Halmstad, and with Vincenzo Gallo in the sulky. It ended with an impressive second place in the return for the eight year old who has made close to €1 million so far in his career. That effort gave him an invitation to Elitloppet and a chance to defend his title from last year.
"He was far from top form last Sunday so he will be improved a lot with that start in his legs. He will be very good the Elitlopp weekend" says Anders Malmrot.
Cokstile will be driven by Vincenzo Gallo in Elitloppet.

*Dorgos de Guez is a doubtful starter. The Solvalla racing manager is waiting for a definite answer from France.