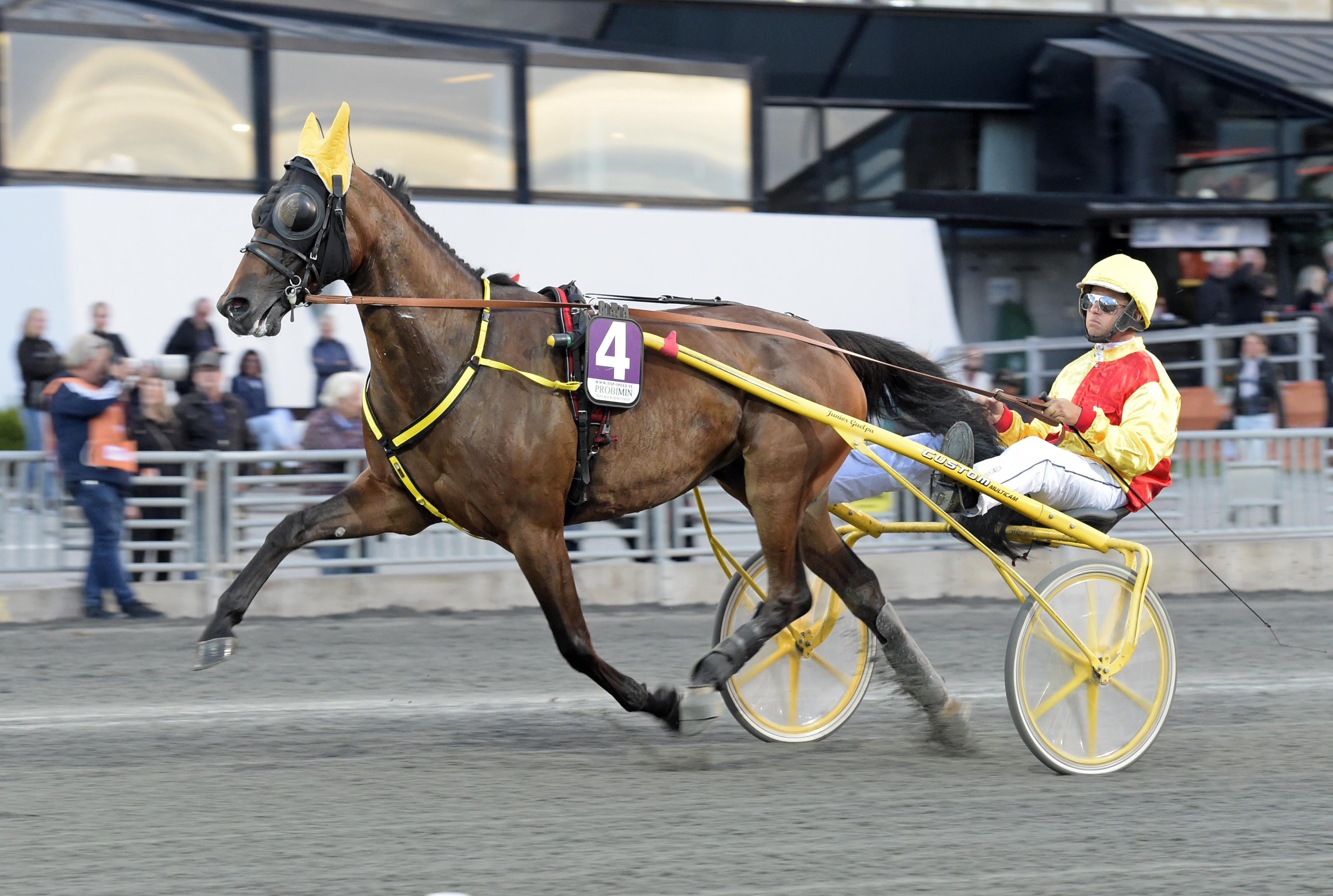 Elitloppet: The tough French mare last one into Elitloppet

The French mare Bahia Quesnot got the last spot in Elitloppet.
That means all the 16 spots are taken.
All that's missing now is the post position draw for the two elimination heats before all the pre-conditions are set for the biggest trot race of the year.

On Saturday Gareth Boko qualified for Elitloppet by winning H.R.H Prince Daniel's race at Gävle.
That meant there was one ticket left for racing manager Anders Malmrot to hand out in order to complete this year's Elitlopp field.
It went to the ten year old French mare Bahia Quesnot, who will make her second start in Elitloppet.
"She has raced in all the big races and she is indeed tough as nails" says the Solvalla racing manager in a press release.
"Bahia Quesnot has earned over €1.5 million in her career and this past winter she won the biggest monté race in the world, Prix du Cornulier.
She comes off a third place finish in Copenhagen Cup.
"Bahia Quesnot has been better than ever this past winter and spring and she will bring color to Elitloppet" says Anders Malmrot.
Elitloppet will be raced this Sunday at Solvalla and the winner gets SEK 3 million.
The post position draw can be viewed live on the Swedish TV channel TV12 today Sunday at 5:30 pm local time.