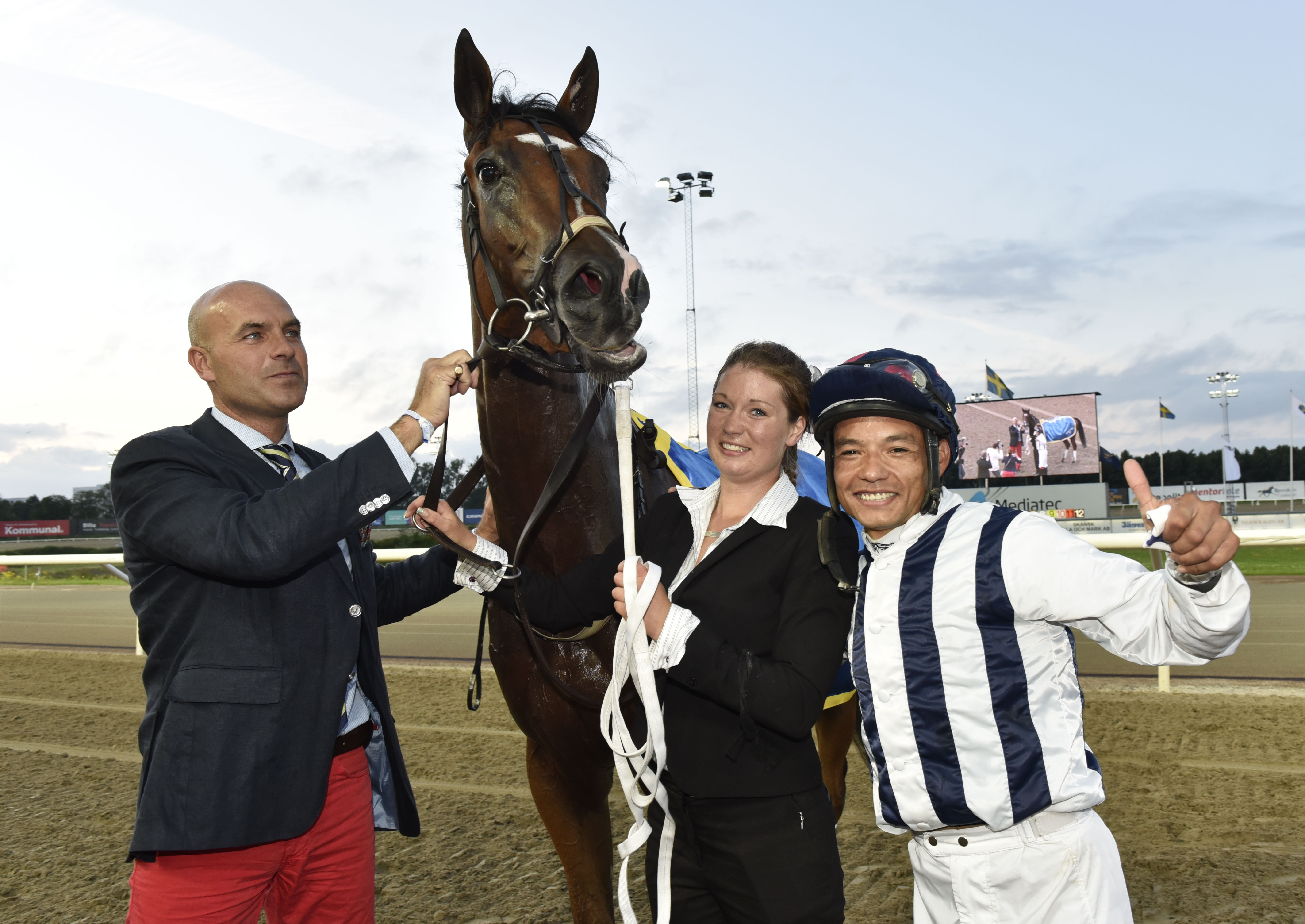 Everything is set for the Swedish Derby.
An anniversary race - the 100th race since the very start.
One of the favorites Sunday July 16 is Lennart Reuterskiöld Jr who has four(!) horses in the race where 15 three year olds will compete for a purse of SEK 3 millions.

Jägersro based trainer Lennart Reuterskiöld Jr is the reigning Derby champion. In July of last year his Duke of Burden (pictured) just won before Ramstein and Gunvald, both from his brother Fredrik Reuterskiöld's barn.
Junior managed to get four horses in this classic race Sunday July 16. The fact that this year's race is a wide open affairs is something he agrees to.
- I think it's a pretty even field.
One of his four horses can make history - in double meaning - as the winner of the 100th Swedish Derby. The race will be held as the 6th leg of Grand Slam 75®.
Lennart Reuterskiöld Jr took a couple of his Derby horses out for a spin last Friday morning. He was very pleased with both of them.
- Gold Tyranny has done everything right and came out of his last race great. Post one on Sunday is the shortest way to the finish line. He has shown he can handle the distance well. Gold Tyranny trained together with Agaton, who was a disappointment last time he raced in Voterlöpning.
- Gold Tyranny looked great and all is well with Agaton also. We haven't been able to find anything wrong with him after his last start (where he was beaten early) and everything is normal.