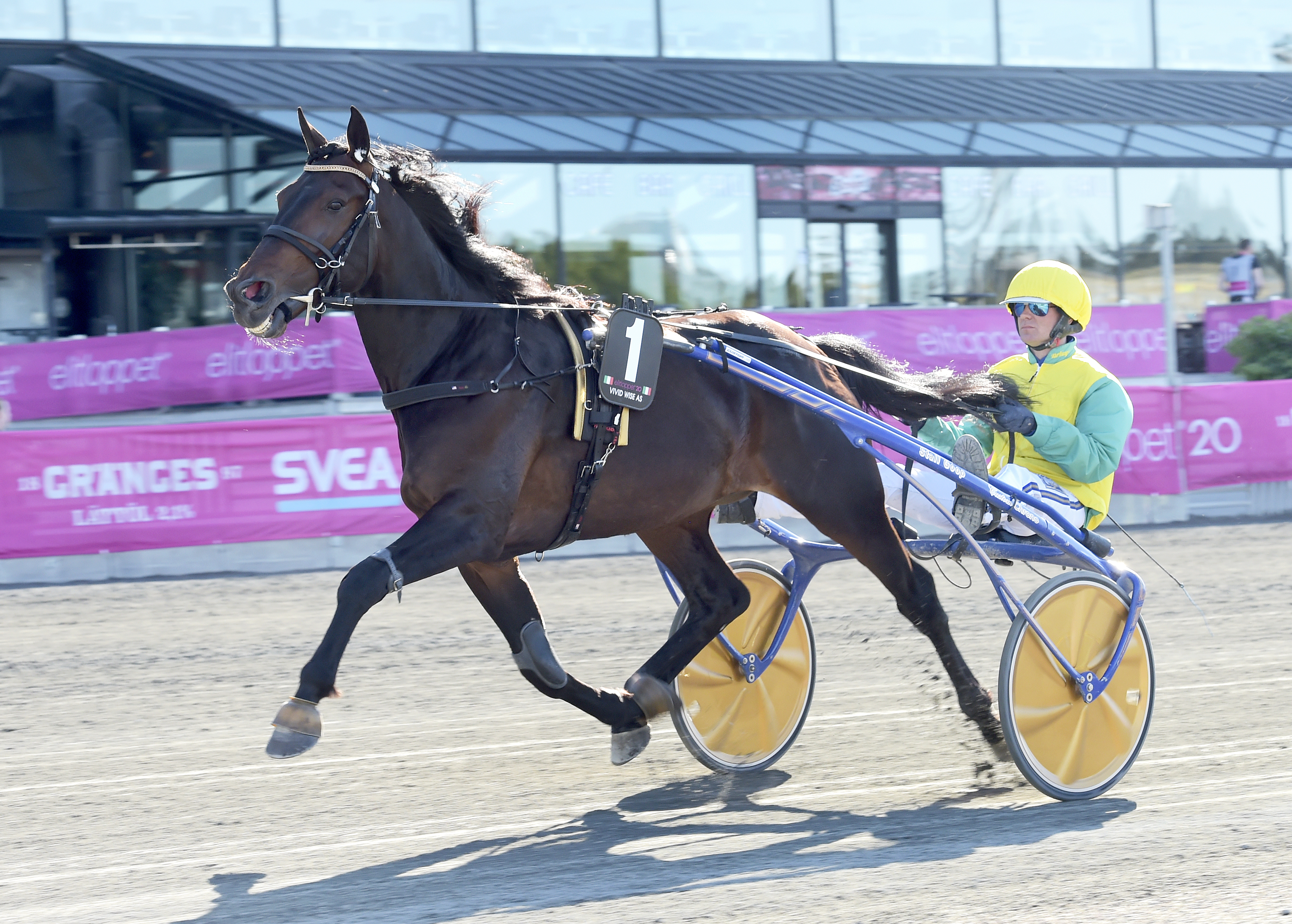 V75 (Sunday): Back for revenge in Elitloppet

Last year he made a break already in the elimination.
On Sunday he is back for revenge.
Vivid Wise As is the Elitlopp favorite beforehand for the second year in a row.
"We expect him to be in absolute top form" says Sinead Sernicoli, girlfriend of trainer Alessandro Gocciadoro.

Vivid Wise As (V75-2) has had better moments in his life than when he raced in Elitloppet last year. The Italian horse had made a break in his last start before Elitloppet and when the car accelerated in the start he couldn't hold it together. Shortly after the start, his Elitlopp adventure was over.
"He had post position one last year too when he broke, but that was not the best period of his life and it's not fair to compare him then to how he is now. Alessandro is happy with post position one" says Sinead Sernicoli.

"Couldn't be happier"
This year the Italian horse comes into Elitloppet during a better period of his life. In March, he won Criterium de Vitesse in Nice, France for the second year in a row. He received his Elitlopp invitation after winning Prix de l'Atlantique after a fast-finishing rally. In both those starts, he beat the winner of this year's Paralympic Trot, the French super mare Delia de Pommereux and he is the favorite at the betting sites going into Elitloppet.
"Vivid Wise As won Prix de l'Atlantique in a very good way and we couldn't be happier with him right now. Everything has gone smoothly with him and we expect him to be in top form on Sunday. He will race in an American sulky, with an open bridle and most likely barefoot all around" says Sinead Sernicoli.

"The race we've been waiting for"
The successful Gocciadoro stable has three more starters on V75 and all three are win candidates. Andreas Lövdal gets the drive behind Amornero Roc (V75-4) in the Youth Elite race and coming in with three wins a row — the last two at Solvalla — the five-year-old will be the big favorite.
"He has raced very well in two starts in Sweden. He's a very good horse for his class and we also have a very good driver. He will race with shoes, in an open bridle and in an American sulky".
The next horse out is Zaccaria Bars (V75-6). He drew a tricky post position in the Elitesprint, but showed that he is in top form in his last start.
"He raced very well last time when he finished second in Copenhagen Cup. He was last with a kilometer to go but came home strongly the last 700 meters. In Turin on April 4 he was second to Billie de Montfort and I think his form is even better now. Too bad he drew post position ten but maybe the pace will be high with many quick horses in the first tier. He will race barefoot all around, in an open bridle and in an American sulky".
In the last V75 leg, also the last race before the Elitlopp final, ten top four-year-olds will square off in the Four Year Old Elite. Team Gocciadoro's horse drew a tricky post position here too, but the reports are good on him.
"Bepi Bi (V75-7) raced very well after an early break at Vermo in his most recent start. Alessandro thought he could have won the race, despite the break, had he not been disqualified".
"We took him to Solvalla last week and he trained 1:12.5/1,600 meters behind Vernissage Grif with heavy shoes on. We were happy with him and this is the race we've been waiting for. Of course, we would have liked a better post position, but he is good when he races from behind too. He will race barefoot upfront, in an open bridle and in an American sulky".