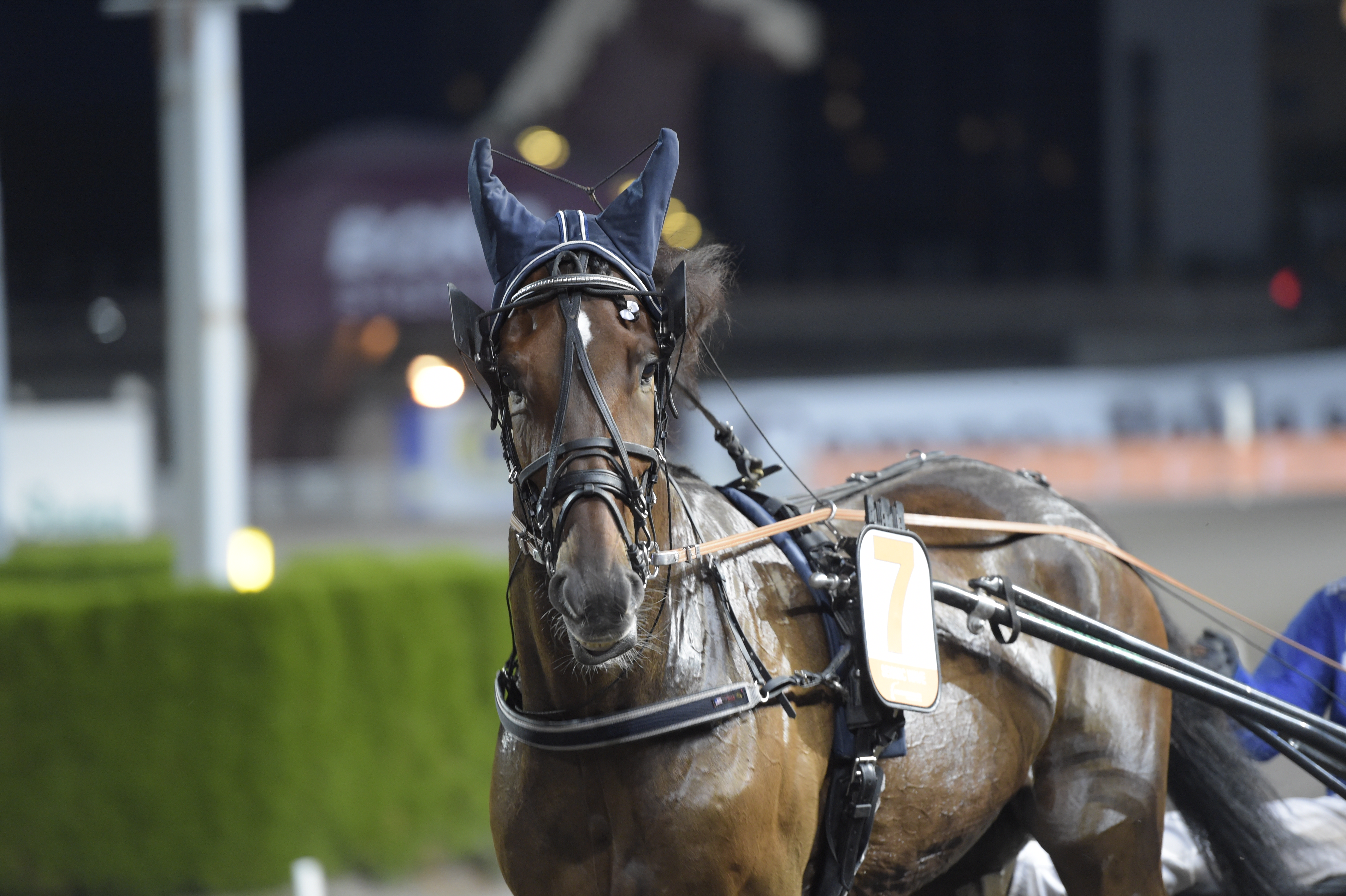 V75 (Sunday): The up-and-coming horse can give Nurmos his first Elitlopp victory

Timo Nurmos has won most of what he can win already.
But never Elitloppet.
On Sunday he has the chance with the up-and-coming Seismic Wave.
"When you have trained horses your entire life you feel when a horse has the ability for this type of races and we have aimed for this all winter" says the Solvalla trainer.

Seismic Wave (V75-3) caught Timo Nurmos' eye in the fall of 2018 when the trainer was in Lexington to look at yearlings. At The Red Mile, the horse bombed around the racetrack in 1:08.5 to tie the world record for three-year-old geldings on a mile track.
"I walked down to the stable and asked if he was for sale, they often are in the fall of the three-year-old season, but he wasn't. We later managed to get a deal done and I'm glad we did" says Timo Nurmos.
A year later Seismic Wave made his first start on Swedish soil and he won right away. During last year's Elitlopp weekend he won the final of the bronze division and he has won 10 out of 14 starts since he crossed the Atlantic Ocean.
"We have raced him carefully and last winter he started to look very good body-wise. It took time for him to recuperate from the U.S. He also didn't make that many starts over there and now he has gotten more experience and has become stronger".

"He is ready"
After having won his seasonal debut in the silver division, Seismic Wave faced the older elite for the first time in Meadow Road's race at Solvalla two weeks ago. He delivered a powerful last kilometer from way back and finished second.
"He showed that he belongs in these races. After that race he recovered fast, he was barely blowing when he returned to the stable. So that looks good in case, as we hope, he will go two heats on Sunday".
There is no doubt that Timo is pleased with where his horse is at, going into Elitloppet.
"He got a lot of heavy training last winter which has benefitted him. He trots so effortlessly, he is very fast and now he can hold his speed much longer too. He has never raced two heats, but he is the type of horse that should do it well, I think. I can't say that he has any weaknesses right now. We have fine-tuned him and built him up both physically and mentally. He is ready".

Puts up goals for the horses, not for himself
Timo Nurmos has raced in Elitloppet before and won the eliminations with both Sahara Dynamite and Readly Express. Obviously, he wants to go all the way, even if he downplays the importance of it for himself.
"I have raced in every big race out there and won pretty much everything except for Elitloppet. I hope I will get to win that too, but I don't aim at any races for myself — I only set up goals for the horses. For example, Elitloppet is Seismic Wave's goal, not mine".
"I'm very happy with my career. I've gotten so much out of it, even if I never win Elitloppet I am still very pleased".

"Try to enjoy it"
Seismic Wave will, just like in his last start, be driven by Claes Sjöström. And just like the horse, it's his first start in Elitloppet.
"But I don't think it will be his last. I think he is a very good driver" says Timo Nurmos.
Which tactical setups he will discuss with Claes Sjöström, who will steer the horse from post position three behind the gate, is between the two of them. But he has one important piece of advice for his driver:
"If I'll tell Claes anything before the race I'll tell him to try to enjoy it!".