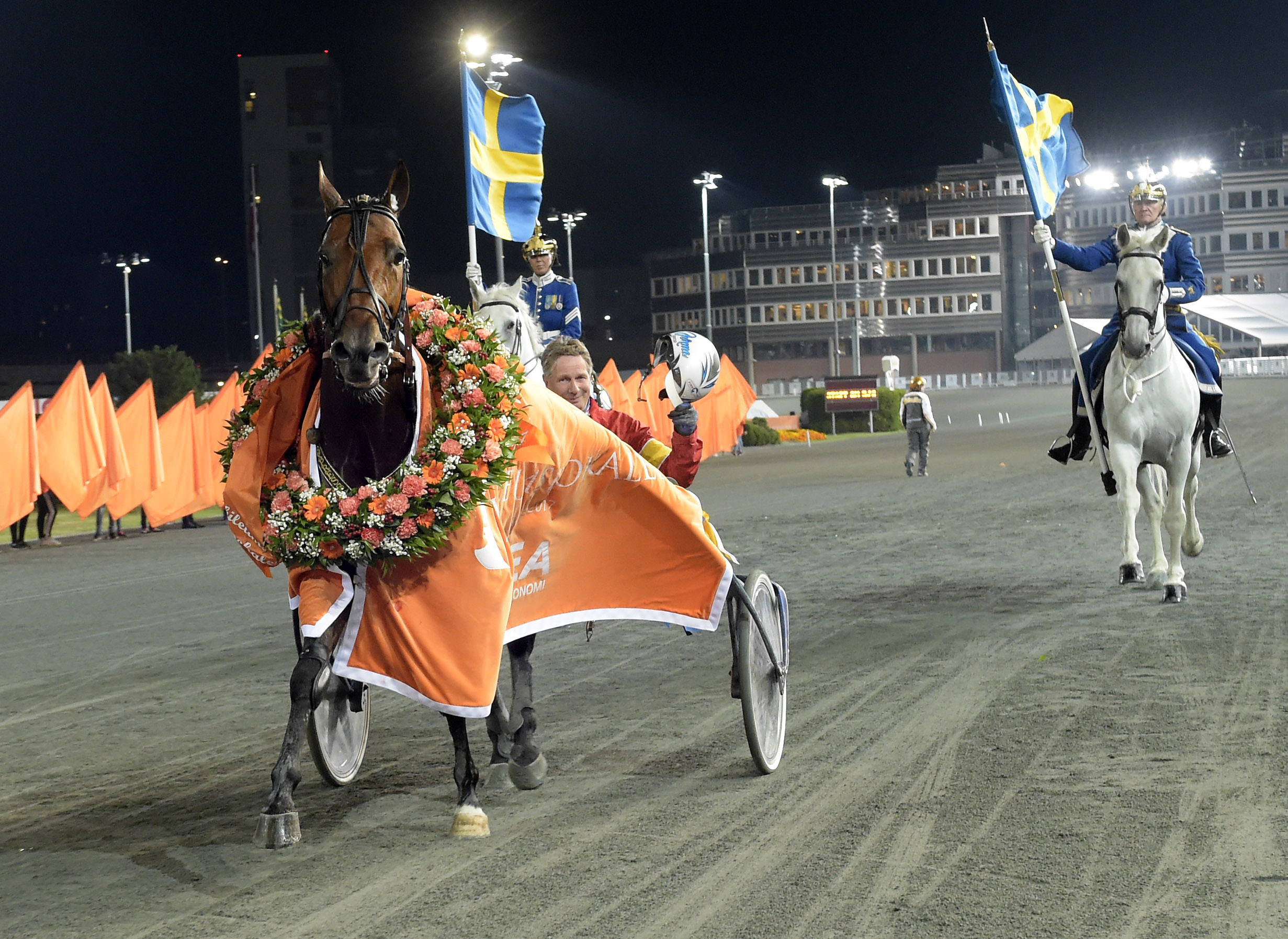 Readly Express was forced to set a World Record to keep Twister Bi behind in Jubileumspokalen at Solvalla.
- I feel relieved. He wasn’t on top of his game today, even though he trotted a fantastic time, trainer Timo Nurmos said.

Superstar Readly Express entered the race with nine wins in a row and from post two he was the heavy favorite. The speculations on forehand that Twister Bi would take the lead from post five was wrong. Readly Express easily took to the lead with Twister Bi on the outside and those two put up an amazing tempo. Readly Express reached the first kilometer at 1.11 and when he passed 1 500 meters the clocks showed 1.10,3. Regardless of the furious pace Twister Bi managed to keep up and he challenged Readly Express all the way to the finish line.
“I was pretty calm in the finish because he has never thrown in the towel, but Twister Bi also did an amazing performance”, said Timo Nurmos.
It was the first victory in Jubileumspokalen for the Solvalla-trainer who got a World Record as icing on the cake. 1.09,9 over 2 140 meters with autostart is a new record for older trotters.
“I was concerned before the race because I wasn’t satisfied with him today. I know my horse and he wasn’t at his best. He was sweaty after the worm up and that is not something he usually is. But he is an incredible horse who can win and set a World Record even when he is not at his best.”, Nurmos said.
As always top driver Jorma Kontio drove Readly Express.
“He is always good and fights until the end. Twister Bi also made an heroic performance but Readly Express is strong and manage to pick up the pace when they try from behind”, Kontio said.

“He is like Varenne”
Twister Bi crossed the finish line in 1.10,0 after his tough journey.
“I know what they say, that being second is like kissing your sister, but how can I be disappointed after a race like this? He was incredible and I don’t know how many other horses that can do what he did today. He is like Varenne, or Nuncio when he finished third in Elitloppet after going three wide the whole way”, said the trainer of Twister Bi, Jerry Riordan.