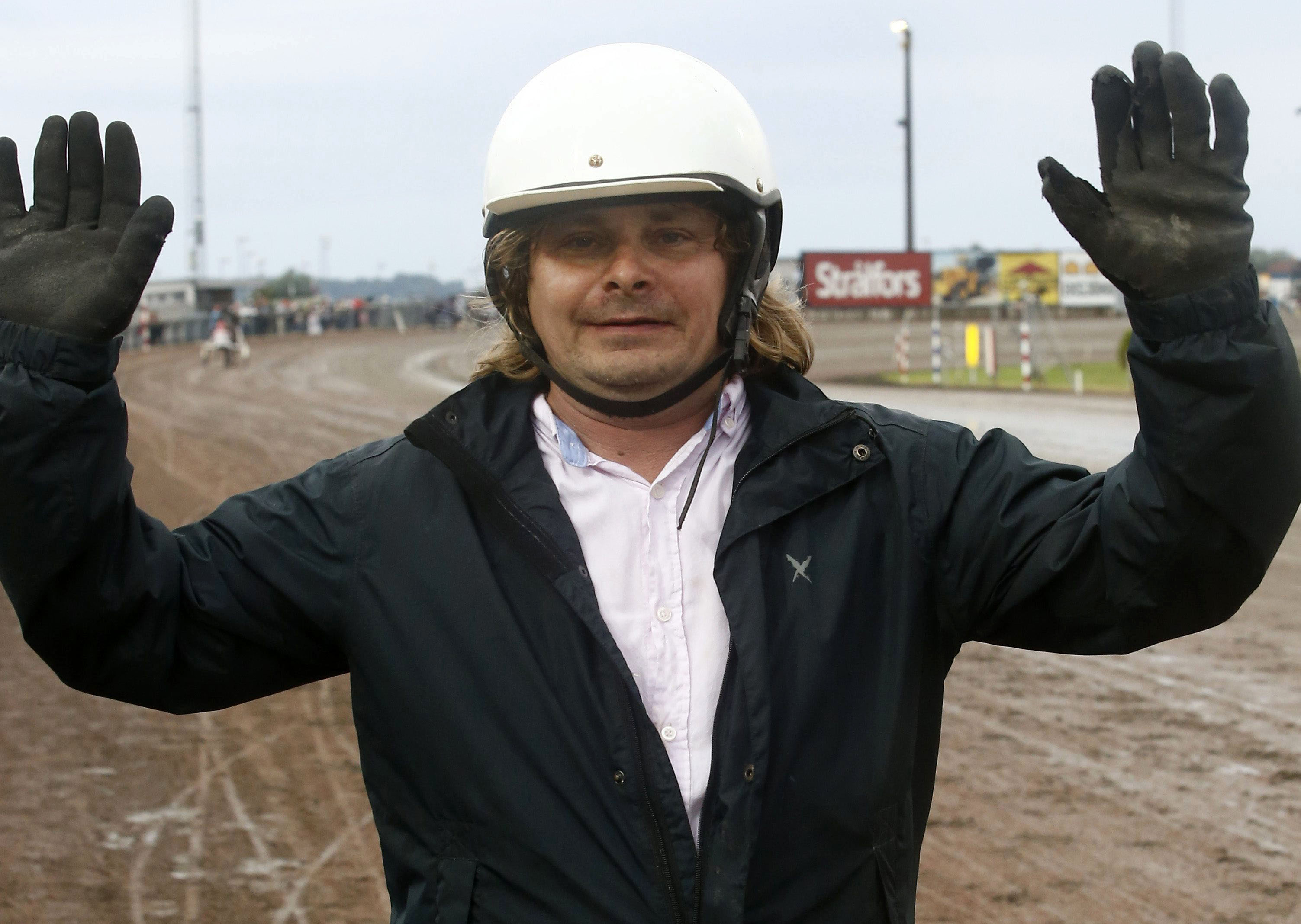 Brindeborg back in the spotlight

A renewed professional trainer with one of the country's best horses right now.
This Saturday Lars Brindeborg and Västerboonthenews can take their biggest win together.
"We've found harmony, both me and the horse" says the 52 year old "renewed" trainer.

It's been two months since Lars Brindeborg became a professional trainer.
Again.
The first time was back in 1988 and just one year later he qualified Space Time to the Swedish Trotting Derby.
In the final they didn't make any money in a race won by Victory Tilly before Gidde Palema - who moved on to be two of the best Swedish horses ever and both won Elitloppet.
But Brindeborg never left the racing game. He's been in the backgrounds at Halmstad, helping their more and more successful trainers.
"I've been helping out some of the trainers here, Peter Untersteiner and Dan Widegren just to name two. Helped them train and also done some shoeing".
Since September 1 he can call himself professional trainer again.
After being responsible for a handful of horses racing in Patrik Södervall's name, he is now also the trainer of record.
"I'm the one who trained them and did all the work with them so when I got the chance to move out to a farm it felt natural to renew my old trainer's license. And we love it out here" says Brindeborg who has seven horses in his stable.
"That's a good number for me right now. I've been asked to train some more horses but had to turn them down. Since I do it all myself this is all I can handle right now. But in the future I wouldn't mind having a few more"

"Races on carrots"
Kronhults Gård is located in Getinge and described as a "horse hotel" and now has it's first professional trainer.
"It's a rehab center that is very well taken care of and very popular. Most trainers in the southern parts of Sweden send their horses here when they have suspensory injuries, but there are also healthy horses here who just need a break. You can call it a horse spa. There are plenty of options when it comes to alternative training. Something that the star of the stable Västerboonthenews seems to love.
The nine year old has raced three times after moving here and he seems to be in the form of his life.
In the Swedish Championships at Åby he challenged none other than Readly Express down to the wire in one of the fastest races ever in Sweden over the long distance.
"He loves it here and so do I. We have beautiful dry fields and he's started training on the water treadmill and he loves that".
How does the water treadmill work?
"It's a big treadmill with walls on the sides and it gets filled up with water. He usually has it up to 40 centimeters with water. He walks on the treadmill and it's a different way of working as opposed to trotting. He does that at least twice a week.
Is that why he's so good right now?
"I'm sure it helps but he's shown increasing form for a long time. He's still young at heart and in his body so I think he can be even better next year".
What makes you think he can improve as a ten year old?
"Because he's that type of horse. So far, the better the opponents - the better he's gotten. He's been trained so much over the years, the most important thing now is to keep him and happy - which he is. If you take care of him the right way, he's always happy. If I go out in the field with carrots he comes like he's shot out of a cannon. He gets a lot of carrots. I always say he's racing on carrots".

Three drivers picked off
The second place in the Swedish Championships was worth SEK 250,000 and that is the biggest success of the career, for both horse and trainer.
The winner of C.L.Müllers Memorial this Saturday at Jägersro gets SEK 400,000 and this time Västerboonthenews seems to be one of the horses talked about beforehand.
"And he should be. But I'm happy when they don't talk about him. I like being the underdog".
How do you look at Saturday's race?
"I don't think he'll be the favorite and I don't think he should be. He's racing horses who have been in the biggest races we have, like Prix d'Amerique. But of course I hope he'll be good enough against them. Nothing seems to suggest that he would be going down in form.
Last time he took the lead and let the favorite go. Will it be same scenario again?
"I don't know. All I want is that the driver uses his gate speed so he doesn't have to go three deep around the turn or be parked on the outside. If he gets a good trip at the pylons, he can handle a high pace even over the long distance".
Speaking of drivers, Stefan Söderqvist will drive him for the first time. How come?
"Because they always pick off. I listed in order: Johnny Takter, Örjan Kihlström and Christoffer Eriksson. But they all picked another horse. Stefan was my fourth choice. He's driven for me before and he always does a good job.
So he has to show the drivers who picked off that they picked wrong...?
"Yes, I hope so. But I don't think that way, that he'll win it. I always think ahead. If he does win it. I won't be expecting it" says Lars Brindeborg.