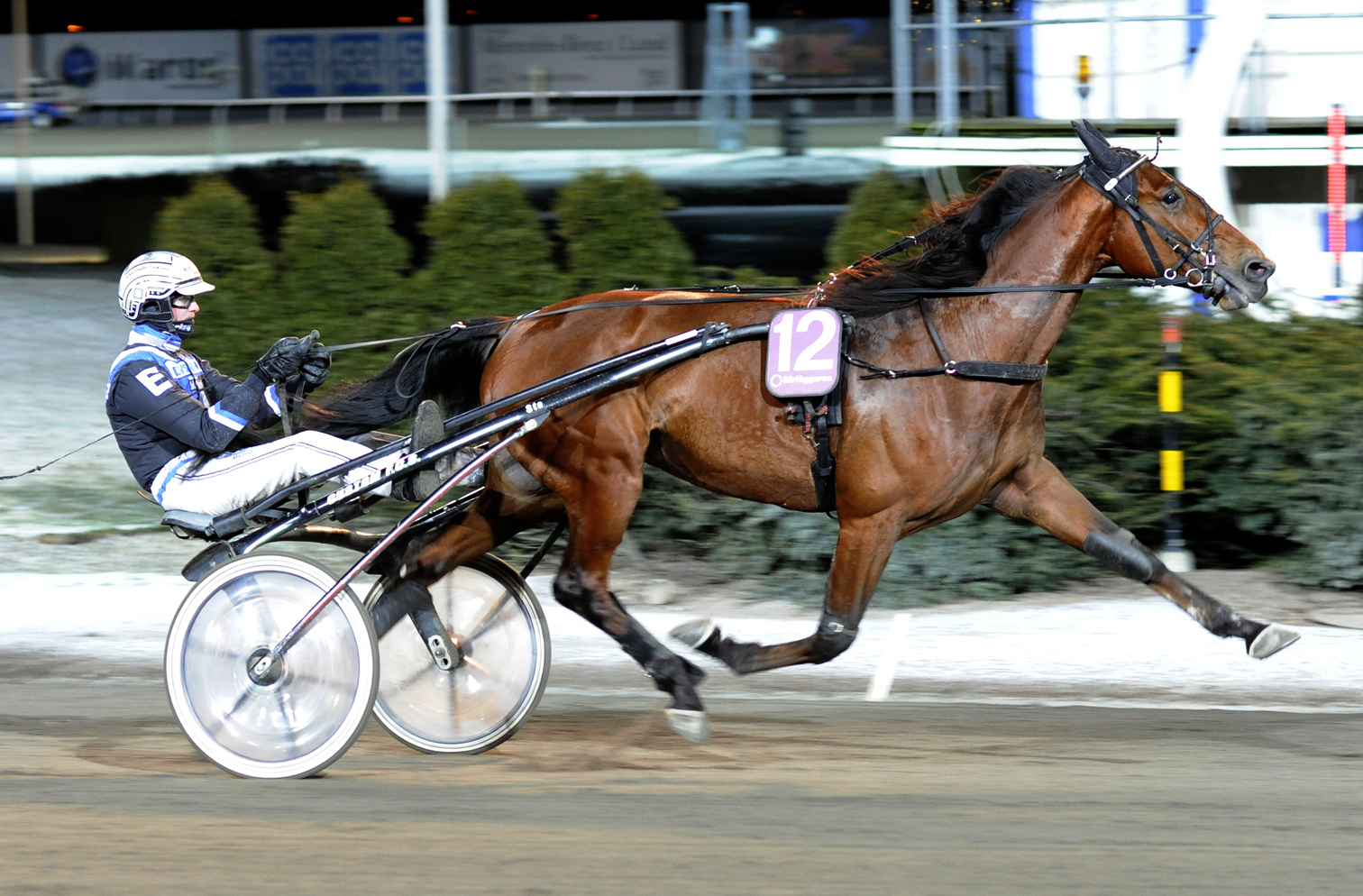 Riordan is confident as Twister Bi prepares for International Trot

This is a press release written by Ken Weingartner of ustrotting.com for the upcoming International Trot at Yonkers on Saturday.

A son of Varenne, Twister Bi represents Italy in the 10-horse field. Twister Bi has won four of 11 races this year, including the Oslo Grand Prix and Ulf Thoresen Grand International – both Group 1 events – and has finished off the board only twice this season. Twister Bi, owned by Pasquale Ciccarelli, is No. 4 in the European Trotting Union (UET) rankings, behind only Bold Eagle, Timoko and Propulsion.

Twister Bi heads to the International Trot, which is contested at the distance of 1-1/4 miles, off a third-place finish in the UET Trotting Masters championship on Sept. 9. He drew post No. 4 for the International Trot and is the 4-1 second choice on the morning line behind favorite Resolve, the race’s defending champion. He will be driven by 30-year-old Christoffer Eriksson, who ranks sixth in wins among all drivers in Sweden.

The 39th International Trot features horses representing the U.S., Canada, Denmark, Finland, France, Italy, and Sweden. The race was held from 1959 through 1995 before being resurrected three years ago by Yonkers President and CEO Tim Rooney.

Riordan, a New England native based in Sweden after a long stint in Italy, is making his second appearance in three years in the International Trot. He finished eighth with Rod Stewart in 2015. His personal history with the event goes back to his days as a groom at Roosevelt Raceway, which hosted the International Trot before it moved to Yonkers in 1988.

One reason for Riordan’s optimism with Twister Bi is the horse’s ability to handle racing on a half-mile track, such as Yonkers.

“He’s a lefty by nature,” said Riordan, who received the 1990 Rising Star Award from the U.S. Harness Writers Association. “He takes the left line, cocks his head to the left, and you can just send him into the turn. That’s one of the reasons I was pretty confident about coming over to race him.

“I think at this point with this horse, whatever the results are Saturday is the result of the last three months of work. What we’re going to do at this point is try not to do anything dumb and just bring him in as fresh as we can possibly make him.”

The connections of Sweden’s 9-year-old On Track Piraten, who joins Italy’s Oasis Bi as a three-time International Trot participant, are hoping for better luck in this year’s event.

In 2015, On Track Piraten finished seventh after an early three-wide move left the gelding parked first over for a lengthy distance. Last year, On Track Piraten was the fastest horse by a full second over the race’s final quarter-mile, but had too much distance to overcome after starting from post eight. He finished fourth, beaten by 2-1/2 lengths.

“With a good trip I think he can beat almost anyone,” said John Backlund, representing the ownership group of Stall Morkermasse and Stall CK HB. “He’s a very tough horse. He just keeps going.”

On Track Piraten has won 37 of 116 career races and earned $1.99 million. He will start the International Trot from post No. 10, in the second tier behind No. 2 Oasis Bi. On Track Piraten, who will be driven by Johnny Takter and is trained by Hans Stromberg, is 8-1 on the morning line.

“He was not as good this summer, he had some allergy problems, but I think now he is in good shape,” Backlund said.

“We are enjoying the hospitality. It’s been amazing every year. We are just happy to be here.”