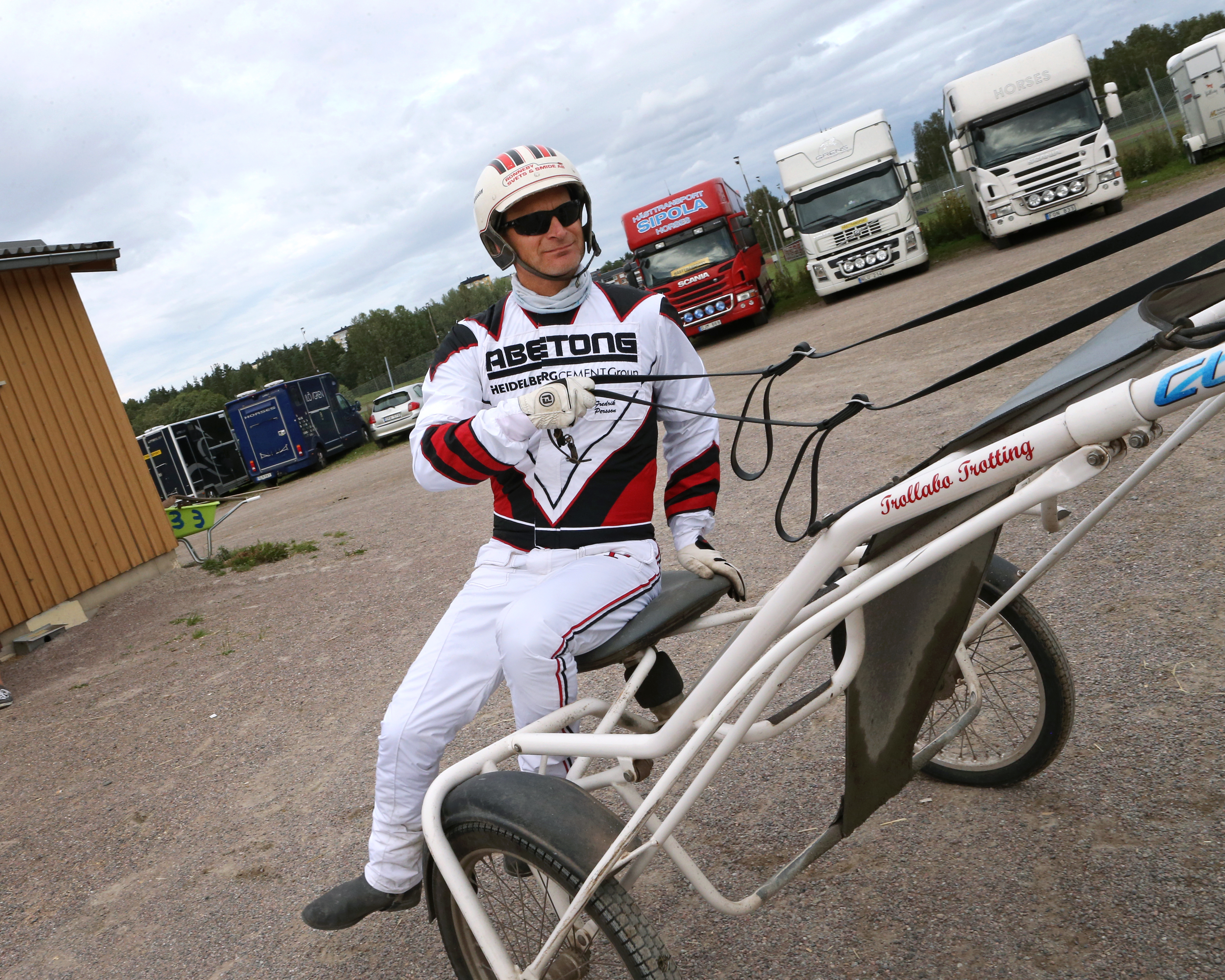 V64® Xpress: Persson has aimed for this

Opening night for V64® Xpress at Kalmartravet and the track's leading trainer is ready.
"I think Hurricane Silas is my best chance by far on paper" says Fredrik Persson.

Friday night is opening night for ATG's latest project V64® Xpress. Kalmar and Romme split the card where all six races will be completed in an hour.
At Kalmar, they are racing for good money. The finals of Stoserien and Stayerserien both have a first prize of SEK 150,000, and if that's not enough, the winner of Vilhelm Johanssons Minne for four and five-year-old mares receives SEK 200,000. Someone who has made sure his horses are ready for tonight is the track's leading trainer Fredrik Persson. The hometown trainer is on a roll now and won a race as recently as Wednesday this week when his eight-year-old star trotting mare Ultra Bright won Henning Kraffts Minne at Åby.
"She's a fantastic mare and she still likes to race, I don't think she's ever been better" says Fredrik Persson, who is pleased with the form his stable currently is in.
"I have horses of different quality, but the good ones do well all the time and make good money. I have some nice younger horses too, especially the yearlings, which makes it easier to get up in the morning".
Fredrik has three starters at his home track Kalmar on Friday night.
"I think I have one good chance to win. 8 Hurricane Silas (V64-2) is in good form and felt good when he won his last start, trotting at full speed across the finish line. He's a bit special and you can't give him too tough of a trip, but with the right trip and he trots fast for a long time. He has a good heart and lung capacity. I have aimed him for this race for a while and it feels in training like he is really in great form. The conditions are right for him and he should have a good chance to win".
In Vilhelm Johanssons Minne (V64-4) 10 Caramelle T.T. is in tough.
"In hindsight, I should have entered her to the final of the mares series (Stoserien) instead, had I known how tough this race came out. Caramelle T.T. is a capable mare whose earnings don't match up with her talent. I will give her a nice trip here and I don't think they will leave her that far behind, but it feels like a longshot that she would win the race".
He also has 10 Hasty Helen in the last leg, V64-6.
"She always makes money and always comes up with a good effort. She always closes well and I will give her a nice trip and she's also just racing for a check".