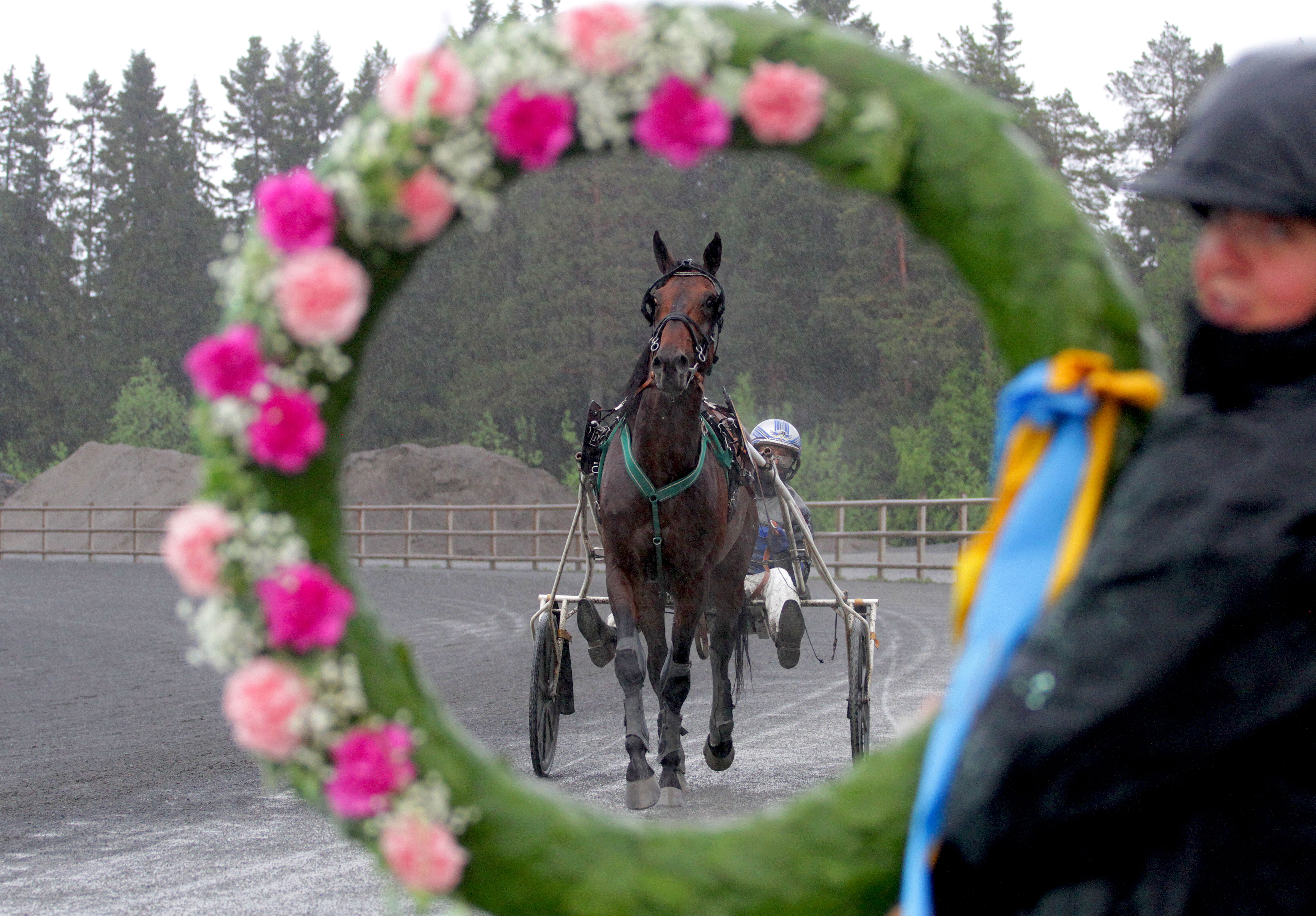 V75®: Advantage 'Brad' after the draw

The Paralympic Trot and Copenhagen Cup are both coming up in the weeks ahead.
Handome Brad won them both two years ago and after the draw the horse from Axevalla has the advantage again in this Saturday's leg of the Paralympic Trot.
"He has proven to be very tough on the front end so that's obviously what we are aiming for" says Ulf Stenströmer.

On Saturday it's time for the third out of four legs of the Paralympic Trot - the race former known as the Olympic Trot.
The race is the feature of the day and closes out the V75® card at Halmstad, where the winner is obliged to race in the final at Åby on May 8 with SEK 1.5 million to the winner.
In 2019 Handsome Brad won the Olympic Trot and two weeks later he also won Copenhagen Cup in Denmark.
This year the two races are only one week apart.
“This year it looks like the race at Åby will be the tougher one with top class trotters like Ecurie D and Delia du Pommereux to name a couple. So that makes me interested in Copenhagen Cup. But we can't race in both and if we win on Saturday it will be a great honor to race at Åby of course" says Stenströmer.
Stenströmer's star trotter had a sore suspensory before Sundsvall Open Trot last year and was away from racing for a longer period of training. The eight year old was very good in his return in the middle of March and was made the betting favorite in the V75 final at Solvalla.
From post position two the front was pretty much a given for the horse from Axevalla.
"But he couldn't leave at all and had no chance getting past Highspeed Call or holding out Disco Volante" says Stenströmer who has an idea why the horse acted like he did in the start at Solvalla.

"Most likely sick in the final"
Handsome Brad was probably sick in the final. When they scoped him a couple of days later he had mucus in his trachea.
"We didnt suspect anything wrong with his throat but we scoped him anyway just to make sure. He then had mucus in his trachea. Not a lot but most likely he was sick already when he raced in the final" Ulf says.
Handsome Brad suddenly couldn't leave out of the gate. The last kilometer when he had to go without cover three wide he once again showed his high capacity.
"I have nothing to say about the fact that he got tired the last 75 meters. Imagine racing that way and being sick. Everyone who has seen the horse knows that he is extremely quick out of the gate. He held the lead from post position one in Copenhagen Cup even though a lot of preople say it's very hard to take the lead from the inside post in Copenhagen. It makes you think. These caliber horses are very intellegent and maybe he felt that he wasn't on top of his game that day at Solvalla" Stenströmer speculates.

Expecting a battle for the lead
When Handsome Brad won Copenhagen Cup he easily held out Cyber Lane. Johan Untersteiner had post position four with his star trotter that day.
On Saturday Cyber Lane starts from post position seven behind the gate. After Cyber Lane's strong seasonal debut Johan Untersteiner will likely try to leave hard with him this time. Carl Johan Jepson is surely also anxious to get to the lead with Handsome Brad.
"If my horse is back to his normal self we will see on Saturday. His sickness is long gone and he trains well. This morning (Monday) I trained him tougher in the sand and he felt the way he should. His heart rate was good afterwards and there was nothing wrong at all.
Handsome Brad is one out of three who stand out in the race according to Stenströmer.
"If I'm not totally off there are three horses who stand out. My horse, Aetos Kronos and Cyber Lane. Or...maybe I'm being arrogant mentioning him in a trio like that. But I'm very happy with what my horse has done this year and what I think he will do. I think 2021 will be a very, very good year for him" says Ulf.

"We hope and think..."
Looking at the program the horse from Axevalla has the advantage. Jerry Riordan from the home team drew post position nine with Zarenne Fas and twelve with American owned Aetos Kronos - both in the second tier. Johan Untersteiner starts from post position seven with Cyber Lane.
"Cyber Lane is also very quick out of the gate but we hope and think that we can hold Untersteiner's horse out. Equipment wise he will race as usual, barefoot, in an American sulky and with an open eye blind bridle" says Ulf Stenströmer.