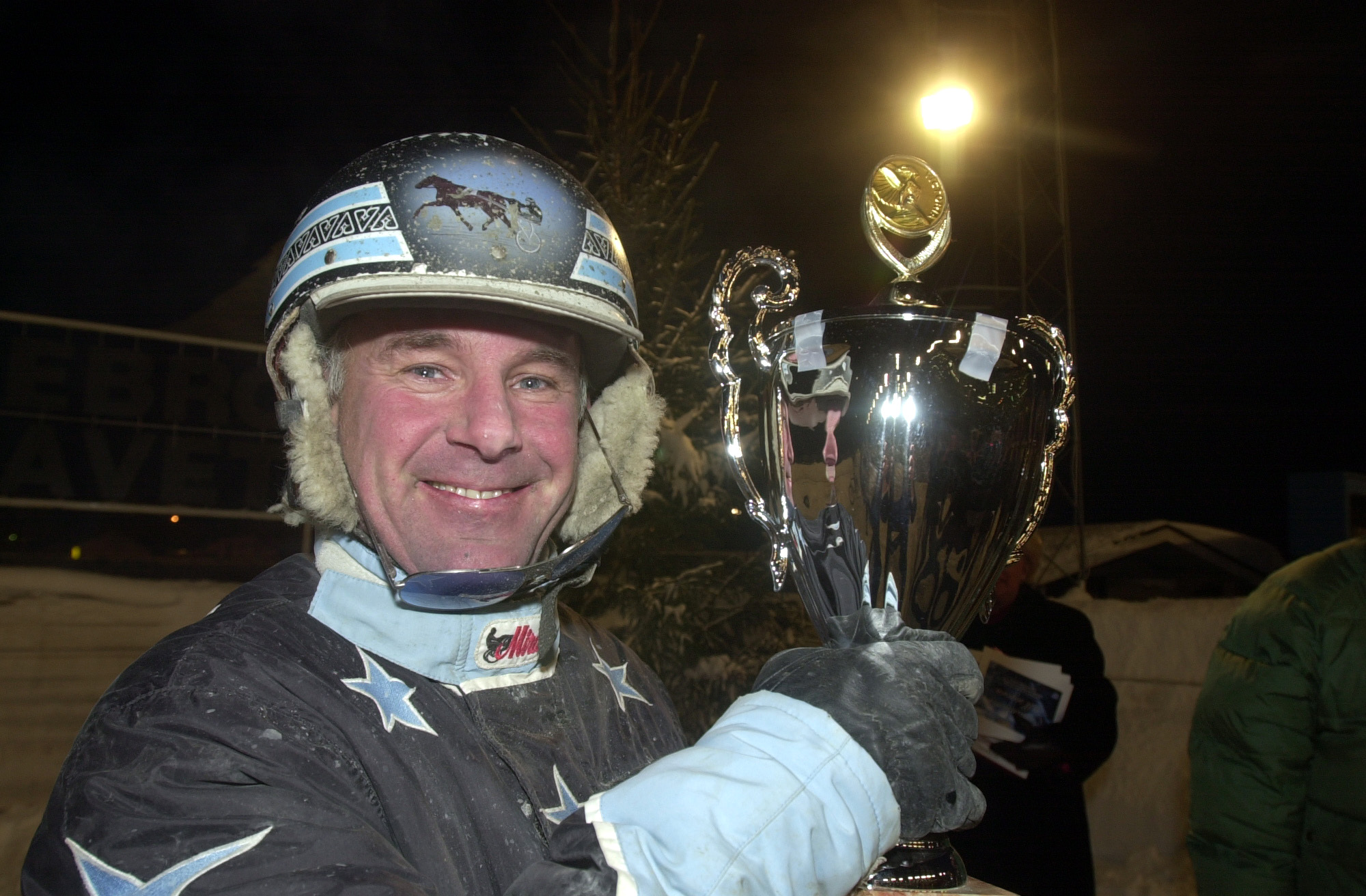 He's had a so so year as a trainer.
But on Sunday Åke Lindblom knows how to celebrate New Years when V75® with multi jackpot comes to his hometown Örebro.
"I'll celebrate by winning three V75 races os course" says the always optimistic Lindblom.

Winter Burst® comes to it's end on Sunday with a multi jackpot on New Years Eve. In the last V75® of the year, Åke Lindblom plans on finishing the year sparkling in front of his hometown crowd. At least he wishes so, more than anyone else.
"I've always been positive and believing I will win, since I started as a trainer in 1988" says Lindblom as he bursts out in one of many laughs during this interview.
"You have to be positive about the future. But I think I have a readon to. 2017 has been a so so year for the stable, but I kind of knew it would be. I lost Sauveur and they year before I lost Re Doc. When you lose horses that make SEK 2 million in a year - you'll feel it".
"The earnings this year - that's where it shows. I have very nice yearlings and twelve two year olds turning three. i have high expectations on them for next year. It will be extra interesting with the added purse money, the so called Pokalåret. No race in Sweden for three year olds will have less than SEK 50,000 for the winner next year" says Lindblom who trains a total of 32 horses.

"I hope I don't break my legs"
The Örebro trainer has been home for Christmas after his recent family vacation to the Domenican Rebublic. When it comes to celebrating New Years, he knows exactly how to do it.
"By winning three V75 races of course". It will be a quiet night after the races since we have to get up early the next morning. Me and my son are going skiing in Idre and my wife Ulrika will come join us too. I just started skiing last year and it's a lot of fun. Not bad for being 60 plus ha ha".
"I hope I don't break my legs so I get to hang out at the after ski. The vacation in Domenican Republic was great. It's good recharge your batteries sometimes" says Åke.

Sends out a warning - "watch out for her"
Lindblom is racing three horses in V75 and here are his comments:
"Porthos Race (V75-1) is very capable and won five out of ten starts last year. He's raced well a few times this year too but it's been a lot of problems with him, as it can be with horses at times. He had his knees injected after his last start and I'm not sure how his form is, since I haven't trained him. He's just jogged. He feels sound and I think he'll race well. The long distance is a plus and only six horses on the starting distance helps. He shouldn't make a break then. He could end up winning it. We've had some bad tracks here due to the weather lately. I think he deserves to be on the ticket".
"Restlees (V75-2) has raced very well and she's been in 1:14 with 1:12 last 1000 meters in very tough company. She's made little money compared to her capacity and I think she'll have a good year as a four year old. She has made breaks and been struggling at the start and left a lot of money there. She has trained very well after a little break and I don't think you should count her out here. She'll be a little underestimated on her past performances but watch out for her".

"He's a very capable horse - should be battling for the win"
"Athos Race (V75-6) is a very capable horse who won four out of five starts last year and he's won four races this year too. He was rough gaited in his last start and considering that he raced well to finish second after a tough trip. He's been injected since and should be better gaited this time. He feels good in training and he's an intelligent horse so post four shouldn't be a problem. With some racing luck he should be battling for the win".