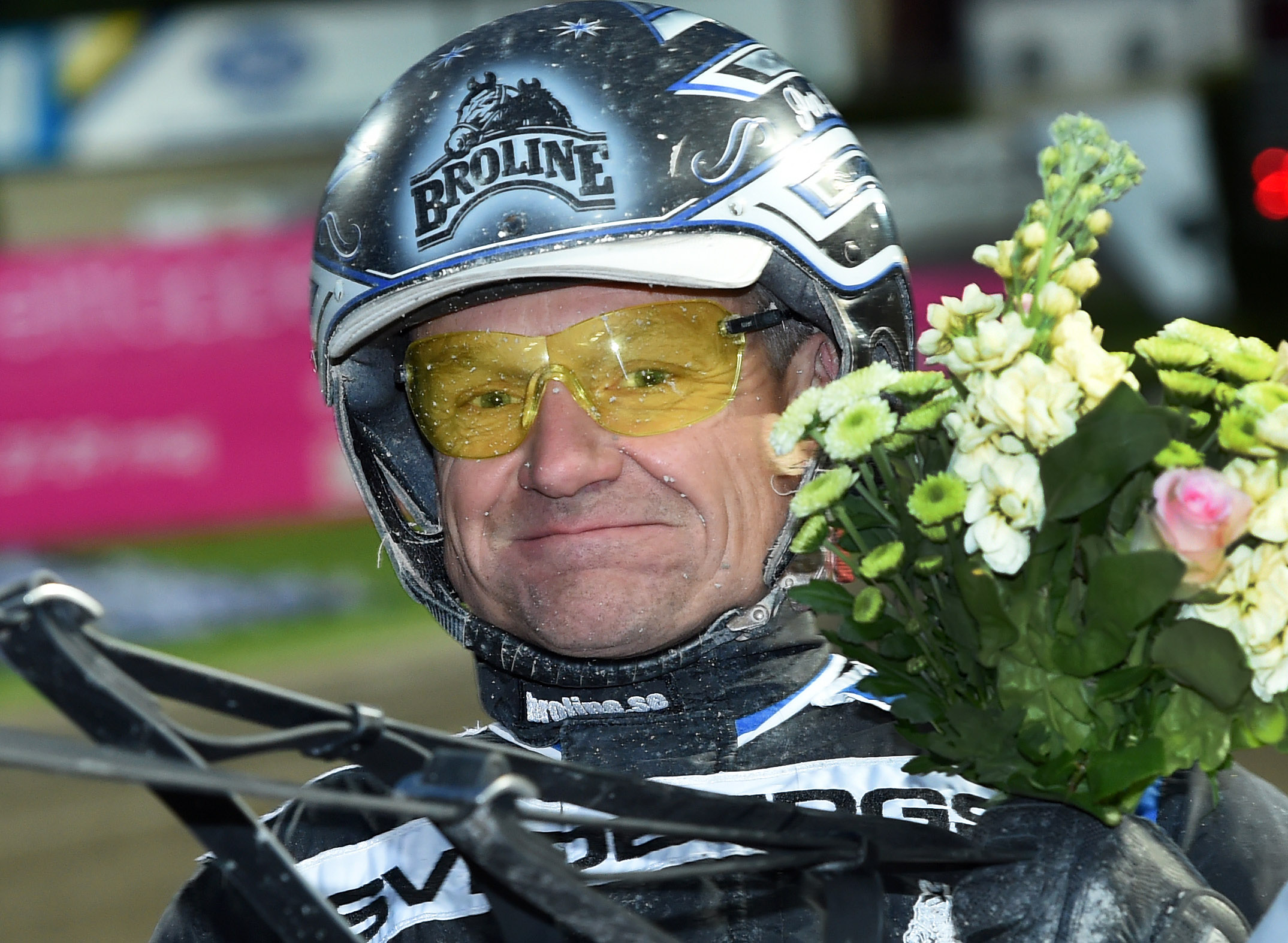 V75®: Ditched Lennartsson wants to be the champion

The best drivers in the country are competing in six races.
This Saturday the two legged V75® king will be crowned.
"I can't imagine there's any drivers' challenge in the world that holds the same quality when it comes to the horses and the price money" says Per Lennartsson who is one of the competing drivers in V75 Champions.

V75® Champions is a competition with a long tradition where the 15 most successful drivers in V75 the year before will compete.
This year the competition has been extended to six races.
That means in six of the seven races you will get to see the same drivers.
Or almost the same drivers.
Since two of the six legs didn't fill, a few drivers had to step aside.
Per Lennartsson is the one who will suffer the most and misses two drives, which leaves him with only four drives.
"That's unfortunate but you should be happy to just be in this type of competition. Goos horses and good price money, especially for me who doesn't drive a lot for other trainers anymore" says Lennartsson who made his way in pretty much without help from other trainers.
Ten of last year's twelve V75 wins came with horses out of his own stable.
On just 34 starts.
"It must be pretty unique. Once in a while you can have a horse who wins seven, eight V75 races in a year and you can get in because of that, but these wins are spread out over five horses so it shows that despite a small amount of race horses we can still compete".
The results are even more impressive when you look at the odds.
Among the winners were Nappa Scar at 77-1, wins for Order To Fly at 41-1, 18-1 and 11-1.
Had you bet SEK 100 on each of the Per Lennartsson trained V75 starters you would have gotten an average of SEK 524 in return. Or a net profit of SEK 14,430, had you bet SEK 100 on each of his V75 starters.
"Those are incredible numbers. We had the luck we needed but I'm very proud of that. The success we had on V75 was the highlight of 2017.

More work with less horses
What are your thought on the new V75 Champions setup?
"If you look at it in a racing perspective it's more fair this way. A drivers' challenge is never fair though, especially the ones where some get to choose horses".
How does V75 Champions compare to other drivers' challenges you've competed in?
"Many times it's 3-4 four races and usually on the smaller tracks. It's not always that exciting. Now it's on V75 with horses of the highest quality and great purses. I can't imagine there's any drivers' challenge in the world that holds the same quality when it comes to the horses and the price money".
You mentioned you don't drive as much for other trainers anymore. Would you like to?
"I rarely go to the races if I'm not racing any of my own horses. I focus on my stable first of all. If I'm at a racetrack I'd gladly drive in every race, but I neither have the time nor the energy to race 4-5 nights a week".
"When I had a stable of 100/120 horses I had a second trainer and a blacksmith who took care of things. Now we're a crew of six and I shoe pretty much all of the horses myself".
So you work more with 40 horses than what you did with 120?
"Yes definitely. Five full days plus weekend. But I don't mind. I'm a guy who much rather go to work than sit at home poking my nose".
Do you enjoy a smaller stable?
"Yes definitely. I love being close to each horse, knowing each horse. You can never have that with 150 horses, no matter what people say. It becomes a factory. But a bigger stable means more wins and more publicity".
So you don't miss having a 100 horse stable?
"It was great, in many ways. But I like working with the youngsters. When you have 120 horses, of which 40 are young horses you need to delegate. Now I get to participate in every training session with the young ones too and i love that".

New star from Serbia
Of Lennartsson's four V75 drives, only one is from his own stable and considering the stable's V75 results he's very interesting.
It's a horse with a very unusual background. Born in Serbia and with most of racing done in Hungary, Euklid A.T. (V75-2) arrived at Lennartsson stable in November of last year. His record so far is impeccable, two starts - two wins and SEK 70,000 earned. More than what he had earned in his previous 24 starts, despite winning nine times.
How did you end up with this horse?
"The owner emailed me and asked if I wanted to try two horses. I think he had seen Jager Oaks (who was also born in Serbia and won in V75 last year editor's note) and thought these two also have what it takes to compete in Sweden. i told him I'd like to try them. so they shipped them up here".
Is there any difference with horses coming from less successful trotting countries?
"I'll tell you this; they don't have the same foundation, the same physics and strength. It took three months of training to get them in racing shape here. But instead they have a lot of experience.