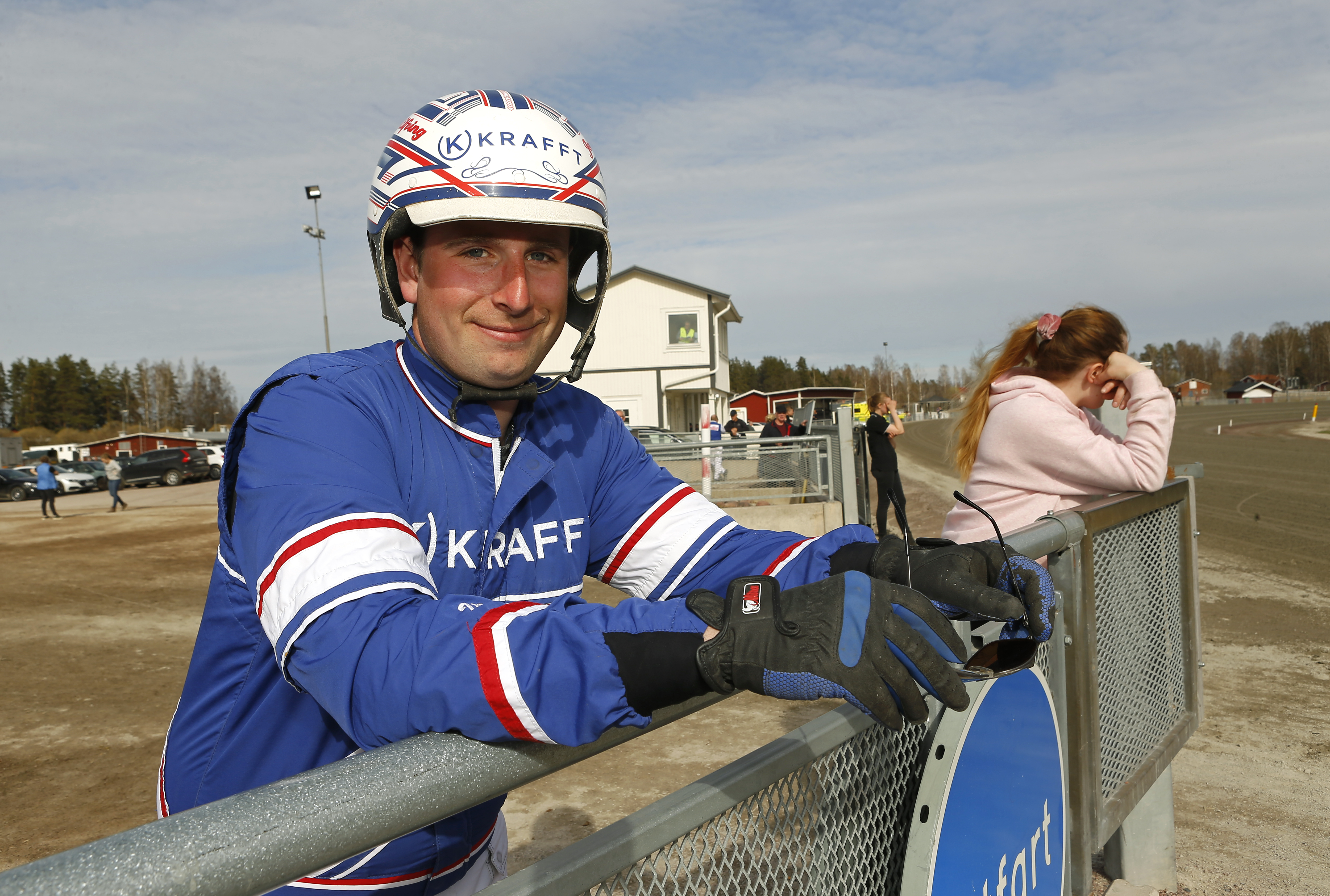 V75® (double jackpot): Elfving is ready at his home track

V75® at his home track - spiced up with a double jackpot.
That means Joakim Elfving is ready.
"My two horses in the bronze division have equal chances and both can win".

Joakim Elfving, 32 are taking steps forward each year. This year's goal to double his earnings is already accomplished. Last year his stable earned SEK 1.9 million, this year the earnings are SEK 4.8 million so far.
"At the beginning of the year the goal was to double the numbers, to win 50 races and make SEK 4 million which we have accomplished. We also had a goal to be in one of the bigger races and we accomplished that when Mi Ma Ohrtus won Svampen for two year olds".
"The goal for next year is to double the numbers again. The stable looks good with 40 young horses which I think is a good number. I think we have come up with a training program that works for both younger and older horses. I hope this is just the beginning" says the Romme licensed trainer who has 68 horses in training.
The win total for this year is 66 which puts him in 14th place in the trainer standings in the country.
"I hope I can stay in the top 15 throughout the year and the goal for next year is to be in the top 10".

"Nice that the premier league comes here"
On Saturday V75® comes to Borlänge and Romme racetrack. Joakim Elfving is of course ready as the biggest trotting league comes to his home track, only a kilometer from his own farm. V75 comes with a double jackpot this week which means a sole winner with all seven winners picked can take home SEK 60 million.
"It's nice that the trotting premier league comes here and that we have some starters too. It's too bad we can't have any spectators, it's not the same thing without them. But at least the owners are welcome at the restaurant".
First out of Elfving's three starters on V75 is 4 Royal T.N. (V75-4) who will start from post position one, but with a 20 meter handicap in the 3,140 meter long race with Rikard N Skoglund in the sulky.
"The inside post is a bit tricky for him since he is a slow leaver but the long distance is an advantage. We tried it with him in the spring but he made a break, but the distance felt like a good fit for him. He's coming into good form and I think he's a horse who always does his job. If things go his way in the race I won't be surprised if he ends up battling for the win" says Joakim Elfving.
In the bronze division which is the final leg of V75, Joakim has two starters. 2 Global Tailwind (V75-7) who drew post position two behind the gate with Örjan Kihlström and 11 In Love Boko (V75-7) who drew in the second tier together with Rikard N Skoglund.
How did you decide on the drivers?
"Rikard got to pick and he went with In Love Boko. I'm glad he picked In Love Boko who is a but tricky to drive, so that was a good decision".
What do you think about their chances?
"They are both in good form so it's hard for me to say one is better than the other. In Love Boko is more versatile and over the middle distance it's good that he is the one starting from the second tier. He won from post position 12 here at Romme three starts ago. He can cope with those post positions".
"Global Tailwind is quick out of the gate and easy to get along with. Both are in good form and both should have a chance to win. They will both go with their optimal balance".
Best chance out of your three V75 starters?
"My two horses in the bronze division have equal chances and both can win".