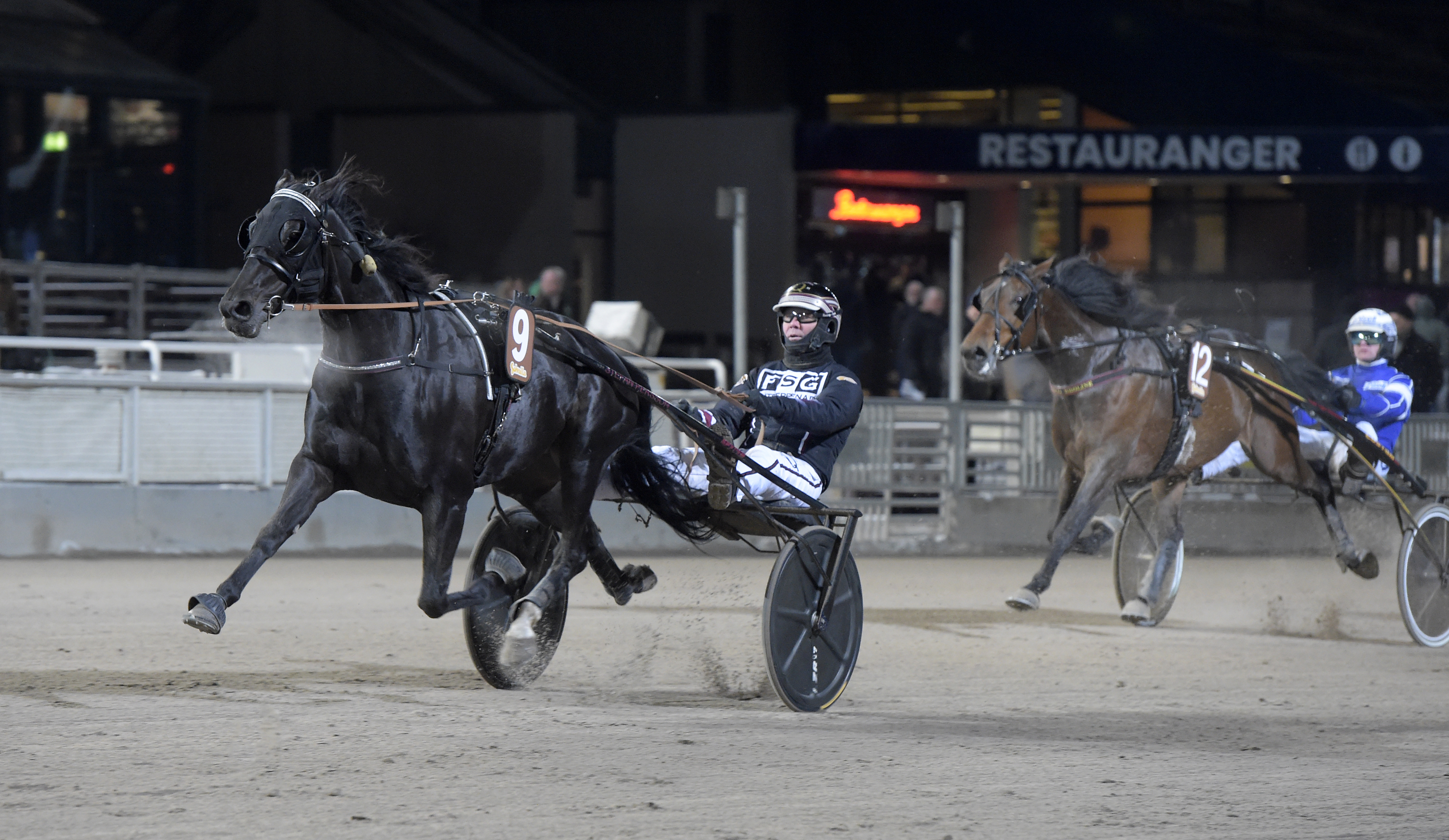 V75®: Gets to try silver division after a dream workout

The Halmstad-based horse Four Guys Dream was in a class of his own in the bronze division final on Boxing Day.
Håkan K Persson lets his horse debut in the silver division sooner than he had planned.
"My plan was to give him a few weeks of training in the new year but he felt so good when I trained him after his Solvalla win, so I decided to put him in right away".

In the V75 finals on Boxing Day, Four Guys Dream was presented in a magnificent shape.
Post position nine behind the gate kept the expectations down a bit. But everything worked out and the pace was high throughout the race which Four Guys Dream was thankful for and he closed well to win by four lengths.
The victory was the first on V75 since the year before when the owner constellation 'Stall Uno For Ever' saw their horse win twice in Class 1.
"It's the same group of people who have owned him all along and we have had a lot of fun together" says Håkan K Persson.
On Saturday, the six-year-old gelding debuts in the silver division. Mantorp is hosting the races and it seems to be a nice winter day.
The forecast says snow late in the week with temperatures below freezing.
Conditions that Four Guys Dream would benefit from.
"Yes, he raced with corks at Solvalla and also when he won at Mantorp back in early December. So he likes hard tracks" says Håkan.

"My horse feels great"
Four Guys Dream is a proven ball of speed. On Boxing Day he looked very good as he sprinted across the finish line and it looked like he was far from tired.
On Saturday the gelding steps up into the silver division in V75-7. A debut that comes several weeks earlier than planned.
"My plan was to give him a few weeks of training in the new year – but he felt so good when I trained after his Solvalla win that I decided to put him in right away. He feels very good. If he didn't, I wouldn't have entered him".
What types of signals is he giving you in training when he is in top form?
"He gets scared and shies away from things he sees. He just gets a little more alert".
What are your thoughts on post position two this time?
"He is decent out of the gate but he can't hold out a horse like Sweetman, who is very quick. We have to hope for a decent pace and that he gets some good cover to follow, then we know he can close fast. He wants a trip at a high pace. Then he is very good. The speed is his best feature. But he is good in every way. Two starts ago (in V75 at Romme) he had to go first up the last kilometer and it's a bit tougher to win the races like that".
So what do you think of the horses he is in against this week?
"I know Sweetman leaves fast. Other than that I don't really know the status of the other horses. It's tougher in the silver division of course. At the same time, my horse is still progressing and he keeps taking steps forward. A bronze division final is also tough, like last time out and he has shown that he can compete with good horses. Four Guys should have a chance to win here but he also needs luck with the pace and the trip as you always do on V75".