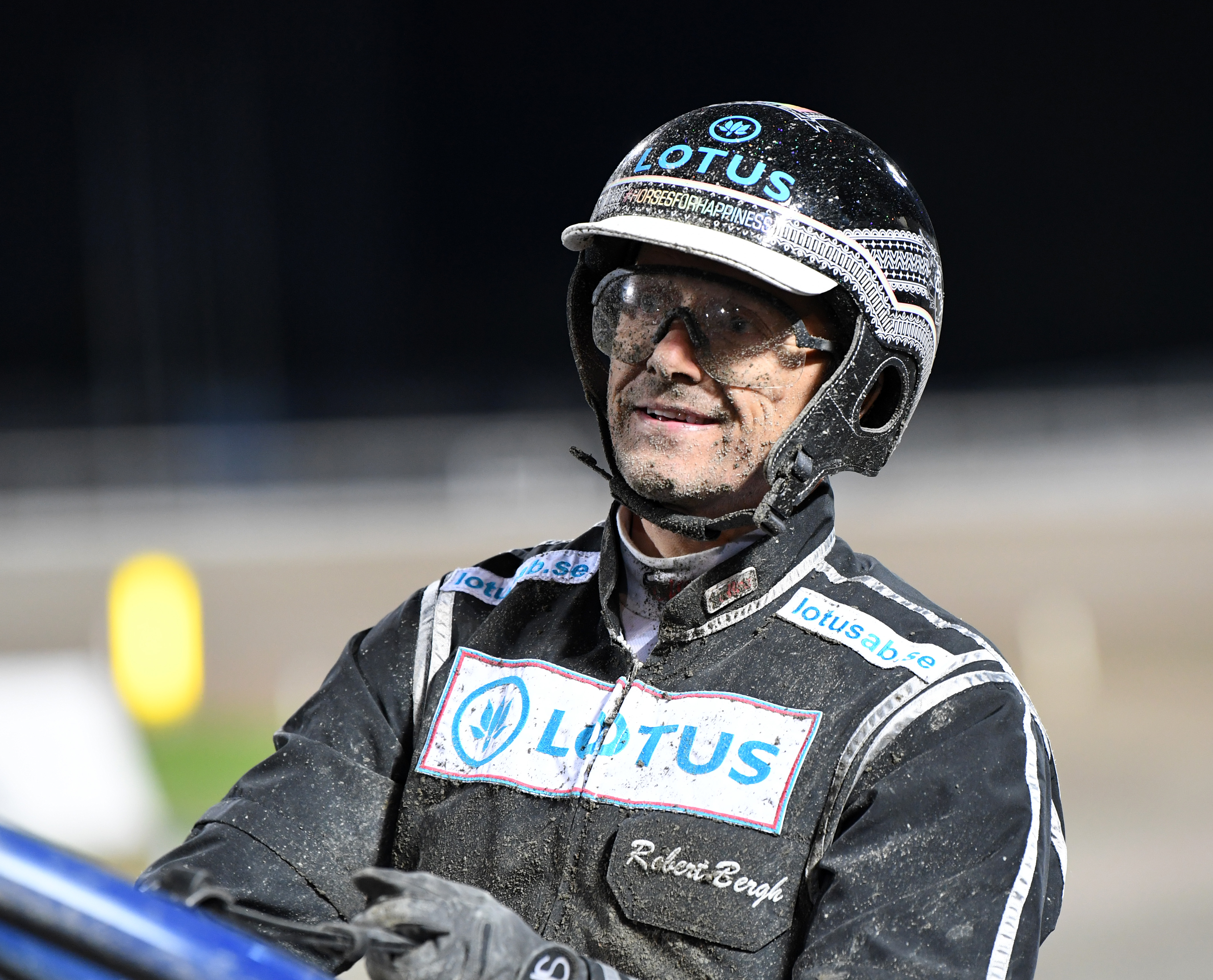 V75® (jackpot): A winning machine and pulling all shoes

A week ago he was awarded trainer of the year and driver of the year at the Åby's awards.
This Saturday Robert Bergh can defend the home team's colors when V75® comes with a jackpot of SEK 47 million in the pool for all seven winners picked.
"Of course it's interesting" says Robert Bergh about pulling the shoes on 2 Innovation Love (V75-7).

Seven years have gone since Robert Bergh left Sundsvall and moved to Hajom, a bit outside Gothenburg. He still has horses at the old farm in Sundsvall and from his new base, Bergh has become one of the dominating trainers in Sweden.
Last year he trained 292 winners which by far was the most of all trainers and in earnings, he was only beaten by Daniel Redén.
The dominance at Åby is great and was awarded at the track's own awards show where he took home the two most prestigious categories.
But when V75® comes to his home track with a big jackpot on Saturday, Bergh only has two horses entered.
The reason is that the weather this past winter has brought many challenges when it comes to training horses.
"It's been very tough in Hajom. I haven't experienced such a winter down here before, where it differs 10-14 degrees within a period of 24 hours. I would have liked to have some more training into the horses, but it felt very good last week. The horses feel strong. My plan was to start racing most of them at the beginning of March but it will now be at the beginning of April instead" Bergh explains in the podcast "V75 - Lördag hela veckan".

"A little more bounce to her stride"
At the farm in Sundsvall, the training conditions have been more normal.
A horse that has benefitted from that is 5 Love You Sweden (V75-6) who has won four straight starts against lesser competition at Bergsåker and Gävle.
She faces a completely different field now on V75, but Bergh thinks his lightly raced seven-year-old mare might do well even against tougher competition.
"She was given a break before her last start and had been trained a bit tougher. She looked very good and I think she should have a little more bounce to her stride this time. The tougher training we gave her before her last start seems to have done her good" says Bergh about the mare who has only made 19 lifetime starts and won has 9 times.
"She has made just a few starts which makes me think there should be a chance of her developing further. She has a good amount of ability and a big body".
The conditions on Saturday are far from optimal as Love You Sweden drew a tricky post position five in volt start.
"That was not good. I don't think she will make a break but she is a big mare who needs a few strides to get going so that's not good for her".
Even if it says in the program that Love You Sweden races at her home track, she has a long trip ahead of her this week.
"We always ship the horses down on Thursday, so they have two days before the start. She will train on Wednesday, then ship down on Thursday and jog a bit on Friday".
In the podcast "V75 - Lördag hela veckan" the trainers are asked to estimate their horse's expected efforts using a scale from 1 to 10, only compared to themselves with no regard to the opponents.
"I will say 8. Better than her most recent starts" says Bergh.

First time barefoot all around
Innovation Love is another interesting seven-year-old who started his racing career in the Netherlands, moved to Norway where the results declined and he has now made six starts for Bergh.
On Saturday he will race barefoot all around, which according to the data available is the very first time.
"Is it the first time ever for him? You never really know. But of course, it's interesting. This horse has a lot of ability, so that feels good. I trained him at Åby last Saturday and I was very happy with him. He felt a little bit better than I had hoped. I trained him in 1:16/2,100 meters and that's as fast as I will go in training. He felt sharp" says Bergh who has another equipment change planned.
"He has raced with an earhood before, but this time he will just race with set earplugs".
Where would he end up on the scale?
"Of course with a start or two, he will be in better form. But I say 7-8. I was very happy with how he felt last Saturday".
What are his chances if he turns out to be an 8 in the silver division?
"I feel like he still has a small chance to win, but I also saw that it was a tough silver division" says Bergh.