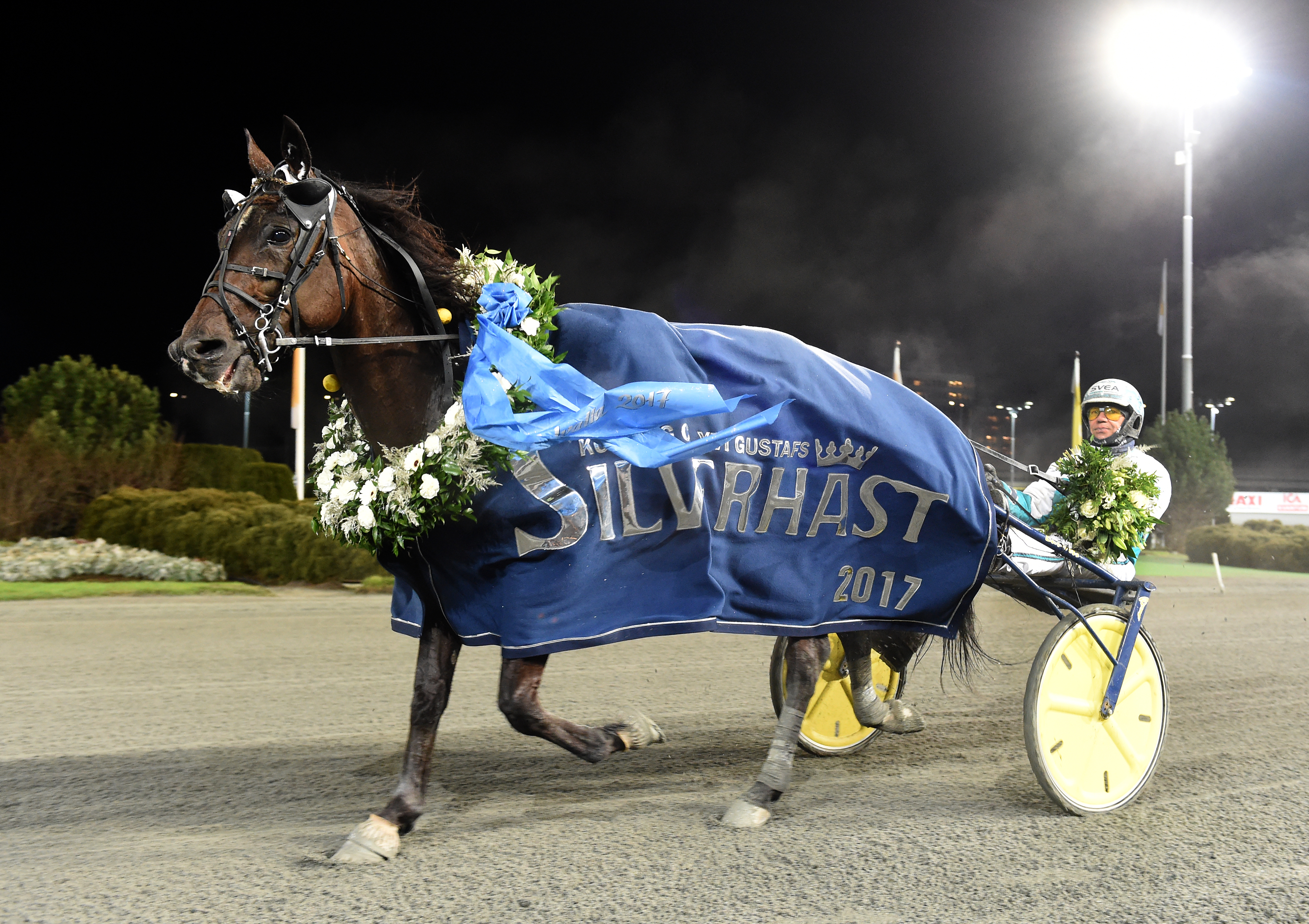 V75® (jackpot): Another great chance for the horse of the winter - "Like a fairytale"

Västerboonthenews just jogged to another victory in the gold division last time and everything points towards another victory this week.
"He feels fantastic. I think he feels that he's hard to beat because he's getting cocky, the old gelding" says Lars Brindeborg.

Kalmartravet is hosting this week's V75® and we have a jackpot once again on this very popular form of betting. A sole winner is expected to win SEK 45 millions.
We've many times had payouts over a million even with one or two big favorites winning. Västerboonthenews will once again be the gigantic favorite after his impressive performance in his last start. Even the low key Örjan Kihlström was very impressed and full of admiration and said following the win:
"The horse is very good. He's one of the best we have racing here in Sweden right now".

"Very fresh and happy - he just bounces"
Something that was talked about a lot after his last race was the start, where Västerboonthenews left so hard, the car barely got out of his way. The ten year old gelding was like a catapult behind the gate and he continues to impress. He has taken seven wins and four seconds in his last eleven starts and hasn't finished worse than second since July last year. His last six starts have been in the gold division on V75 where he's earned SEK 1.1 millions.
"He's fantastic and he's been amazing in these races. Last time he just jogged. I said before that race that he had felt fantastic and he feels just as good after the race. He is very fresh and happy - he just bounces around" says trainer Lars Brindeborg.
"I trained him today (Monday) on the sand track where he went a few intervals. He felt really good and sharp. Then some other horses showed up and he wanted to take off. He even tried to kick. He never does that, but that's another indication that he's really sharp now.

"Would have jumped 2.40 in high jump - it's like a fairytale"
Lars Brindeborg has now been a professional trainer for four months and runs a small stable with seven horses just outside of Halmstad. Prior to that he worked for Patrik Södervall and Petri Puro where he took care of Västerboonthenews. The news about the success this pair is having is spreading and new owners are starting to call.
"I've been very careful taking in more horses, because I don't want a big stable. I don't want horses just to have them but now I have three, four really interesting horses that I'm accepting. I work by myself now but I will hire some help when the new horses arrive.
What does having a star like Västerboonthenews in the stable mean to you?
"This horse has always meant a lot to me and when he feels this good it's just fantastic. He's got such a bounce in step, if he was a human being I'm sure he would have cleared 2.40 in high jump, ha ha".
"I think he feels that he's hard to beat because he's getting cocky, the old gelding. He's a great friend to work with and he's wonderful in every way. His entire the career and the fact that he's so good now as a ten year old is like a fairytale".

"Sure Spitcam Jubb can leave us out there - but we don't care"
Many things point towards the fairytale continuing on Saturday in Kalmar where Västerboonthenews will be the gigantic favorite in the gold divison, V75-3.
Trainer Brindeborg is optimistic as he should be and leaves his horses singled out on the "V75 expert picks".
"I have to believe in him when he feels this good and has a good post position too. Post three behind the gate is great and Johnny Takter will have to leave as fast as the horse can. The horses is very safe so you can basically throw him the lines. Sure Spitcam Jubb might try to leave us out there, but we don't care. We'll beat him on the outside if needed".
"It will be fun going to Kalmar. My horse likes that surface and his stats are good there. The track will be fine and it will be nice not having to race with corks. He won this race last year. Then he started from a trailing position and Spring Erom was in the lead. He got out and won in 1:11.This time I hope and think we can go wire to wire" says Lars Brindeborg.

"Not so sure about Elitloppet"
Following his last victory there were talks about a possible start in Elitloppet for Västerboonthenews but Lars Brindeborg doesn't want to speculate in his horse's racing schedule that far ahead of time.
"He will make this start here and then the final at Solvalla. After that we might give him a little break. He'll need a period of training if he's going to keep his form all spring and over the summer. So we're leaning towards a little break, even though the horse is very sound and fresh".
"As far as Elitloppet goes, I'm not so sure about that for him. Some horses aren't the same after a race like that. But we'll see if he still has the same form he has now in May, then the owners might want to give it a try. The horse is ten years young and sometimes he's like a two year old when he sees things. But he's also a gentleman who does everything right and he's getting more and more confident. He's feeling good, he's tough and he won't back away from anyone" says Lars Brindeborg.