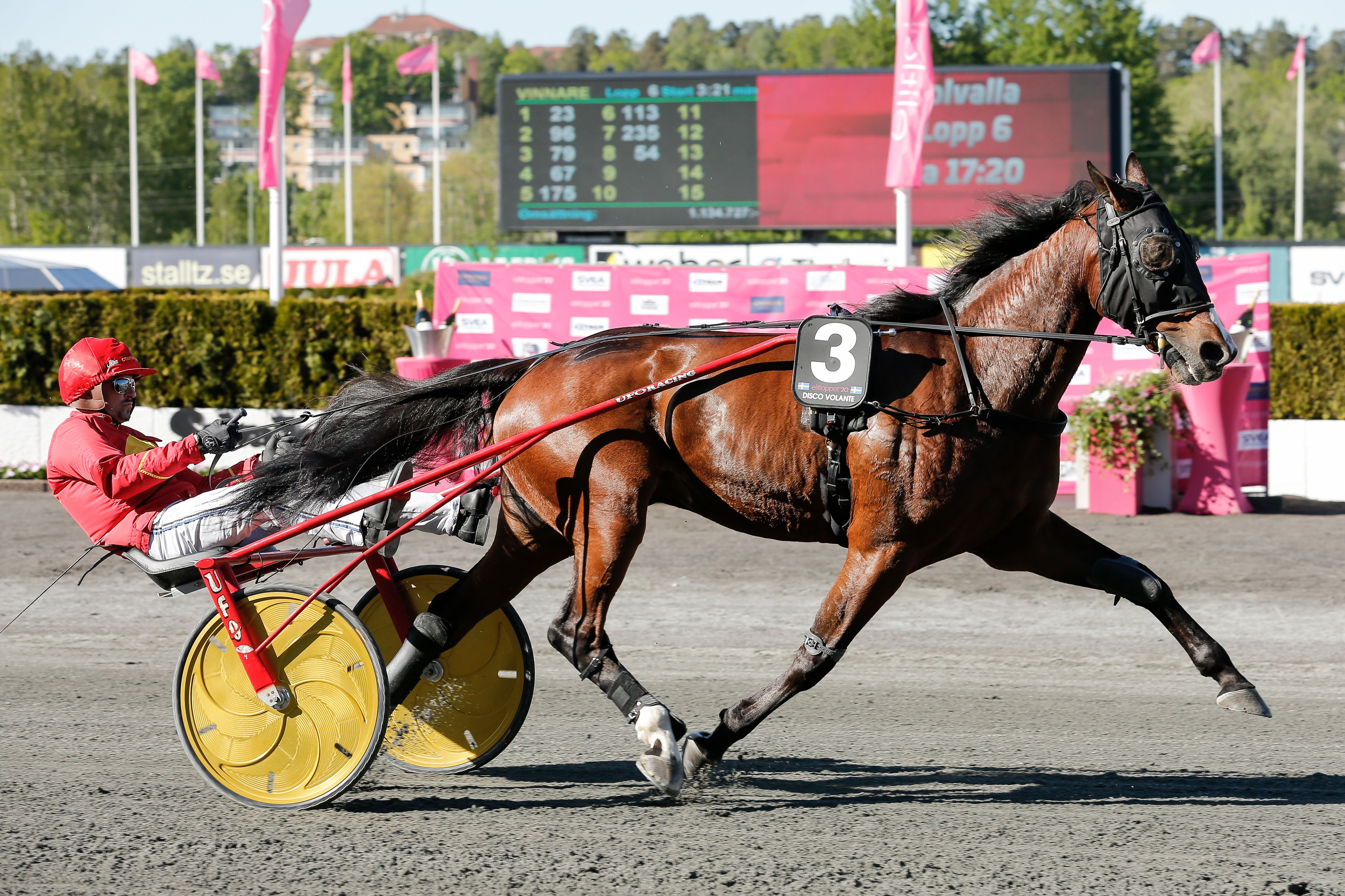 V75® (jackpot): Dream draw for Disco Volante in The road to Elitloppet

Stefan 'Tarzan' Melander was indeed lucky in the draw.
In Prince Daniel's race — The road to Elitloppet — Disco Volante drew the perfect inside post while stable mate Milligan's School drew post position two.
"It's all or nothing for Disco" says Melander.

The post position draw for Elitloppet will take place on Sunday and on Saturday the last qualifying race where the winner is guaranteed a spot in the race will be held at Gävle. It's the winner of V75-6, Prins Daniel's race — The road to Elitloppet — who gets a spot in the big sprint race at Solvalla the last weekend of May. Disco Volante has raced in Elitloppet two years in a row, but hasn't managed to make it to the final. First time he finished outside the top four and last year something scared him in the start and made him make a break. Stefan Melander now hopes that third time is the charm for his top trotter who has earned over SEK 5.4 million so far in his career. He showed that he's in good form when he recently beat Missle Hill and won in 1:10.3/1,640 meters.
The fast leaving front runner was lucky in the draw and will start from the inside post on Saturday when the distance is one mile — 1,609 meters. His stable mate Milligan's School drew the post position next to him in the hunt for the SEK 400,000.
"1 Disco Volante (V75-6) was born a sprinter and the inside post is perfect. If he minds his manners he is very quick out of the gate and then he should have a very good chance to win. It's sort of all or nothing" says Stefan Melander.
"My horse feels good and he beat several good horses in his last start when he trotted 1:10.3 at Rättvik. It looks interesting for him".
"2 Milligan's School (V75-6) hasn't had any fitting races lately and he hasn't gotten in when I've enetered him to the Paralympic Trot legs. I've entered to several but he hasn't gotten in. That's why he hasn't raced in six weeks, but he has trained the entire time and he is in good form. But even if he has trained very well I think it will be tough for him to win. My horses are usally sharper when they get to race a little more frequently than six weeks in between starts".
"Both of them will go optimally balanced, barefoot all around" says Melander.
V75 this weeks comes with a jackpot, which according to ATG's calculations means there is SEK 61 million in the pool for all seven winners picked.