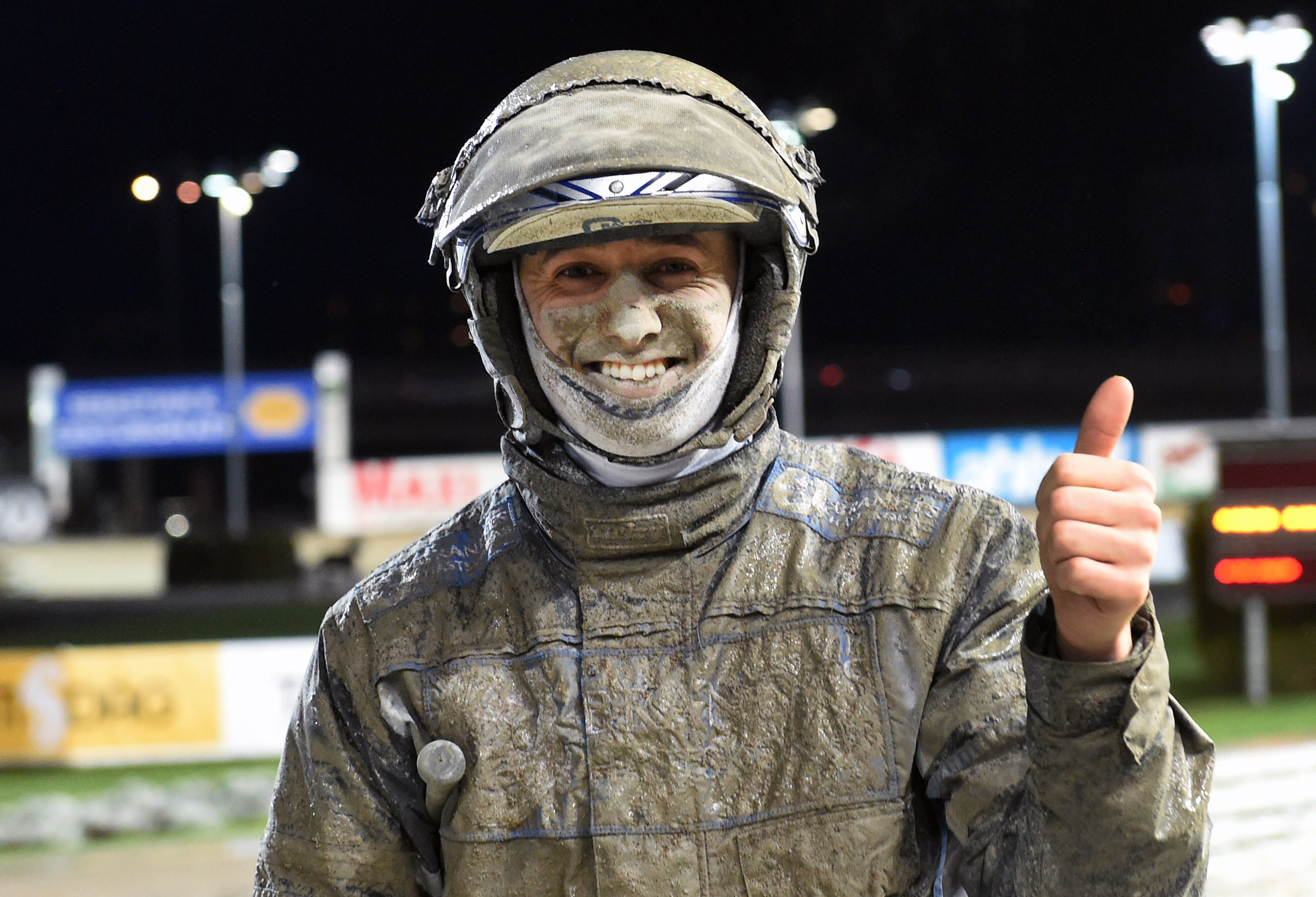 He's had a successful first year as trainer and he's popular among the owners.
When V75® comes to his home track Romme, Nicklas Westerholm is loaded with several good chances.
"The goal is to have them in top shape on Saturday" he says and leaves two of his own horses alone on his V75 ticket in the "V75 expert picks".

Nicklas Westerholm got his trainers license early December 2016. Prior to that he had worked for Reijo Liljendahl and also for his father, Roberth Bergh. 2017 was his first real year as trainer and his career is off to a flying start. When we did an interview with Westerholm in February 2017 he had 22 horses in his stable. That number today is 50.
"It's been going really well. Of the 50 horses I have today, only two were here when I started little over a year ago. I've had a lot of people asking me to train for them and I appreciate people willing to give me a chance to train for them. We had a couple of weeks this winter when we were full and I had to turn people down, but now we have a few empty stalls again" says Nicklas Westerholm.

Impressive results
His stable won 67 races last year and earned SEK 3.2 millions. His win percent was an impressive 26 and even before as an amateur trainer his win percent was always high. He's had quite a few transformed horses and having well prepared horses who comes out and wins their first race seems to be more of a rule than an exception when it comes to Nicklas Westerholm.
"Of course I'm very pleased with my first year's results and that we have such a great response from new owners. We just played it by ear a little bit last year with numbers and such but now it seems to be stable with around 50 horses and I've hired more help too. Right now I have five full time employees and one handy man. I will have room for 60 horses now going in to the spring".

"Well prepared horses in great shape"
The Romme licensed trainer is at a farm near Avesta where he has great training opportunities such as a straight track, an uphill track and more.
"We bought this farm last spring and it works fine, but we also have to upgrade it sooner or later. We have the same routines now as we had with two horses here".
You always have the horses well prepared and in great shape when they start racing. They rarely need a race to get in shape?
"It's kind of been the only way for me to market myself, to have the horses as well prepared as possible when they come out. And hoping someone would notice. You have to keep your horses in great shape at all times to survive in this business. Hard work is the only way to success" says Westerholm.
Mid November last year you received a very interesting horses in your stable, 2017 elitlopp participant Tjacko Zaz. How is he doing?
"He was injured when he came and has had surgery. The wound is healed but we haven't started training him yet. The goal is to have him ready to race this summer. Of course it's very stimulating to get to train such a nice horse" says Nicklas.

"Even better form now than when he won V75®"
This Saturday, Nicklas' home track Romme will host this week's V75 and it comes with a jackpot where one sole winner can take home SEK 43 millions. Westerholm has his horses ready to go with four horses on V75, of which he picks three of then to win in the "V75 expert picks". Westerholm even leaves two of his own horses -  It’s Showtime Zaz and Persos Smokie alone on his V75 ticket in the same "V75 expert picks".
"My goal is to present them in top shape on Saturday and of course it's extra important at my own home track with many of my owners present"
Here are Nicklas' comments on his V75 starters and we'll start with Nakoda Goj who after four starts for his new trainer has three wins. He now has two in a row and he surprised many in his last victory on V75 two starts ago.
"Nakoda Goj (V75-1) has been very good and developed nicely. It's a nice horse to train and he just keeps getting better and better. He won easily in his last start which was a step towards this V75 race that we have had our eyes on for a while. I think he's in even better form now than when he won V75 two starts ago. That was the day he really came in to form. He's been so strong and has a good post, I think he'll do well again. No changes".

"Impressed by this horse - felt great"
"It’s Showtime Zaz (V75-6) felt great in his first start for me and I'm impressed by this horse. He's a nice and strong horse who's shown before that he's a very good horse and I can tell he's still developing. He looks good following his last start and should be even better with that race. The long distance is a plus for him, he's a strong horse. No changes".
"Persos Smokie (V75-7) has done very well with two wins in five starts for me, but last time it was voltstart and he made a break in the start. He's much safer behind the gate and he drew a good post position here. He's very quick behind behind the gate and I would love to be in the lead here. He should have a good chance to win if he doesn't get in trouble. No changes".
"Scarpia (V75-7) is a nice horse in good form and I think he'll make some good money despite the bad post position. With some over pace on the front end, he can really sprint home fast. He'll race with a pull down bridle for the first time, I've raced him open before"
Who is your best chance?
"It’s Showtime Zaz is my best chance. He's not depending on luck or a certain trip to win" says Nicklas Westerholm.