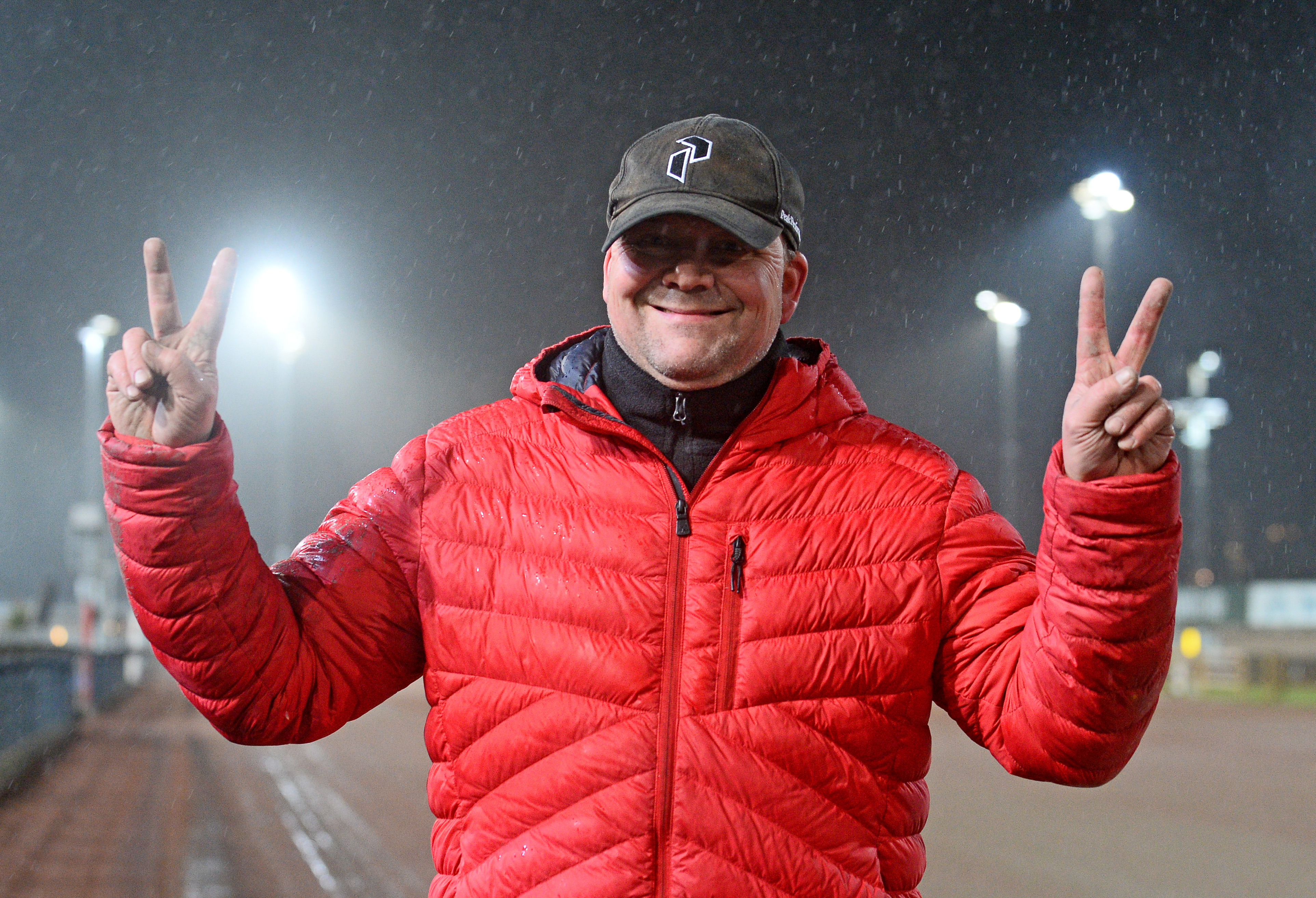 Close to minus 20 degrees Celcius and hard to get the training right.
Mantorp licensed trainer Stefan P Pettersson got two starters on V75® at his home track on Saturday - both in the last leg.
"I guess it wasn't the best thing to enter two horses to the same race - but they are both in tremendous form and both can win this open race".

Home town trainer Stefan P Pettersson suspects it's not exactly by chance that the second lowest class, (Klass I) closes out this week's V75® card at Mantorp.
V75-7 is a wide open race and Stefan P Pettersson has dual chances to win.
"If one doesn't find a horse to single there, I think both of mine should go on the ticket. Nearly all of them are good horses and that's probably why ATG chose this race to conclude the V75 card" Pettersson ponders.
Potential favorites that can be singled early in the card and open races that are assumed to need more horses on the ticket later in the card. That's pretty much the setup of a V75 card.
Last Saturday nobody found all seven winners on V75 so this week a bigger jackpot is in play. A sole winner with all seven winners picked on V75 at Mantorp could be SEK 50 million richer on Saturday.
The trainer views the V75 toughened 10 Leon Zon as the better chance in the last leg. 2 Shutupandscratchme has gotten an easier way into V75 and he is also starting to fill out his shoes.
"Leon Zon has come a bit farther and has shown that he can handle tough competition. Shutpandscrathcme has been raced in cheaper races...up until two starts ago and now he's really peaking".
"Starting in the second tier is a bit of a downer for Leon Zon. Six year old Shutupandscratchme has a perfect post position two behind the gate and as the trainer says 'absolute top form'. It's hard for me to say who has the better chance of the two. Having two in the same races isn't the best thing but they have different owners".

Soon time for the younger ones
The Mantorp licensed trainer is pretty pleased with the how the year has started. The horses who are racing are doing well and soon it's time for the younger ones to hit the tracks.
However, when this interview is being done the five year old gelding Amerindienne has hurt himself in the paddock.
"We don't know what happened, maybe he just wrenched something. Things like this always take a lot of time to heal. I had thought he would be a horse for V75 this winter" says Pettersson.
Go West Young Man won a division of 'Margaretas Tidiga Unghästserie' last summer.
"He did very good even after that win when racing against Hail Mary a couple of times. He is pretty much race ready now and I think highly of him. Hall Of Am is very interesting. We found something on her and she had a major surgery back in December, so her season will be a little bit delayed. Comes With Age trotted 1:12.2 and almost made the E3 final and that's a horse who could be very good this year" Pettersson says.
The winter has been tough in your neighborhood. That must have affected you in some way?
"It's been minus 20 degrees Celsius some nights so we have felt that we don't need to get all of them ready to race just yet, so the season has started a little bit later for some. But the few starts we have made this year have gone well for the most part and these horses who are racing on V75 won't be short".
Leon Zon won on V75 at Axevalla on New Year's Eve and has closed well in his last two starts, both on V75. Can Leon go around them all?
"He always starts slowly so the post position doesn't matter that much. We just need some racing luck and get the right cover and such. Last time in Eskilstuna he sat way back and closed very quickly. I think he's due for a win, even a race like the one he's in on Saturday".
Shutupandscratchme doesn't seem to have much gate speed -  good to have post position two then.
"He is not that fast in the start, but I think he will get better at that. He was a bit faster than we though last Wedensday actually. We tried V75 with him at Kalmar in the middle of January and he was fifth there, then he raced well at Örebro and last time I thought he was very good at Solvalla. I think the race is wide open and both my horses should be able to end up on the photo. I wouldn't leave them off a ticket if I was playing V75".