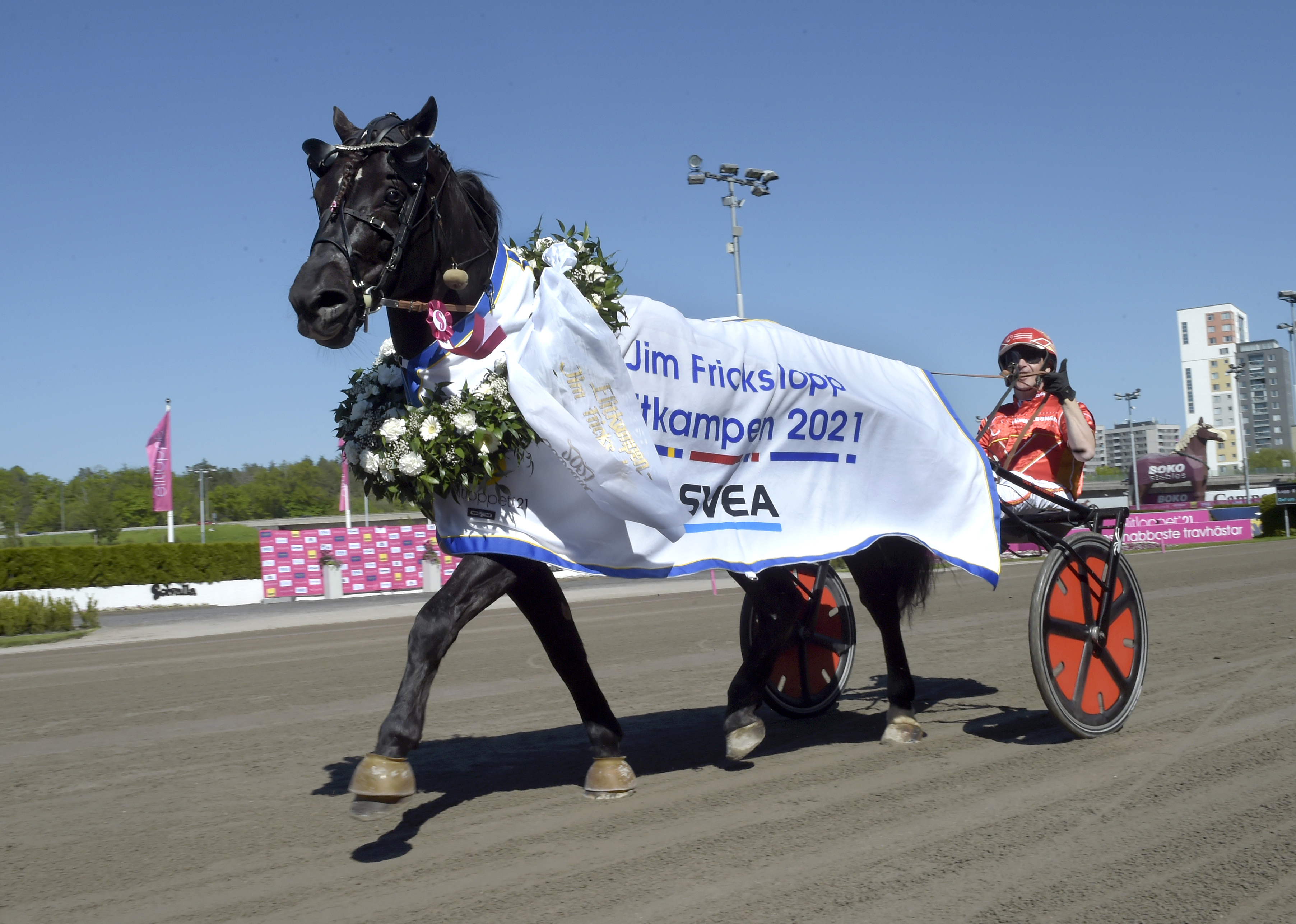 Norway versus Sweden in the heavyweight class for coldbloods.
On Saturday, Odd Herakles and Månlykke A.M. will square off for round five in the battle for the king's crown.
From Norway we sense no humility.
"I don't think they can beat him" says Tom Erik Solberg, driver of Odd Herakles.

Two phenomenons who rarely lose.
Månlykke A.M. and Odd Herakles have dominated the coldblood racing on each side of the border the last few years.
On Saturday, they will face each other in Unionskampen at Färjestad, a V75® card that comes with a jackpot, meaning a sole winner with all seven winners picked can take home SEK 52 million.
In the blue and yellow corner we find Månlykke A.M. trained by Gunnar Melander, who as a 75 year old keeps adding to his record as the oldest winning driver on V75 each time he races his star trotter.
As of now, they have three consecutie wins, the most recent one came in the Swedish Championships at Bergsåker.
In the red, white and blue corner we find Odd Herakles, who ships in with four consecutie wins after having dominated at home in Norway.
The only reason that these two coldblood kings don't have longer win streaks, is because of when they last raced each other in Nordic King in Finland in June.
Odd Herakles raced in the lead and battled with Månlykke A.M. who was on the outside, but they both had to watch the hometown hero Evartti trip them out and sprint to victory down the stretch.

Counting on taking the lead
Since Unionskampen is a battle between Norway and Sweden, the latter is not in the race this time.
Instead, the duel for the Scandinavian king's crown continues. A duel which started at Bergsåker in April of last year, when Månlykke A.M. got his official breakthrough by crushing Odd Herakles despite a trip outisde of him.
Four months later at Östersund, they got their revenge when Odd Herakles and Tom Erik Solberg managed to get straight to the lead from post twelve in the second tier and refused to let Månlykke A.M. pass.
Same thing happened at Solvalla in Elitkampen in May this year when the Norwegian catapult starter once again flew straight to the lead, despite starting from post ten, in the second tier behind the gate. Månlykke A.M. who was driven conservatively, could not reach Odd Herakles, despite trotting the last 700 meters at 1:17.5 speed.
On Saturday, the post positions are reversed with Månlykke A.M. starting from post 10 and Odd Herakles from the outside post (8).
That post position is usually hated by all trainers and drivers, but Solberg sees no problem when analyzing the race in the podcast 'V75 - lördag hela veckan'.
"I have looked at it and the way I see it, Odd Herakles will be in the lead early this time too" says Solberg.

"Could have won by 20 meters"
Besides the two giants, there is also an interesting runner-up and a potential crown prince in six-year-old Grisle Odin G.L. – the youngster who has challenged Odd Herakles several times this summer. At Forus, little over a week ago, only half a length separated the two, despite Grisle Odin G.L. getting the tougher trip as usual.
But that does not seem to worry Solberg.
"Odd Herakles always waits for the others to come up close to him when he is in the lead. Once they get within half a length he just speeds up on his own. He is very tough to pass".
Is Grisle Odin closing in on Odd Herakles?
"I think there's still quite a bit separating the two. The thing with Odd Herakles is that we try to save as much as we can each time. He is now twelve years old and if he can win by a neck, that's great. He usually doesn't win by a lot".
"Had I pulled down the blinds and chased him to the wire, he could have won by twenty meters, but there's no point in doing that. We try to push him as little as possible in every start, so that he could keep racing longer".
What are your thoughts on the race on Saturday?
"I think we will be in the lead already going into the first turn. Then I guess Grisle Odin will come first up as early as possible. I guess it will look like that, unless Månlykke gets a good start from the second tier and gets up first. Grisle Odin can go first up, he's a fantastic horse who keeps getting better and better. It will be an exciting race" says Solberg and ends his race analysis by saying:
"If Odd Herakles races at the top of his ability, I don't think they can beat him".