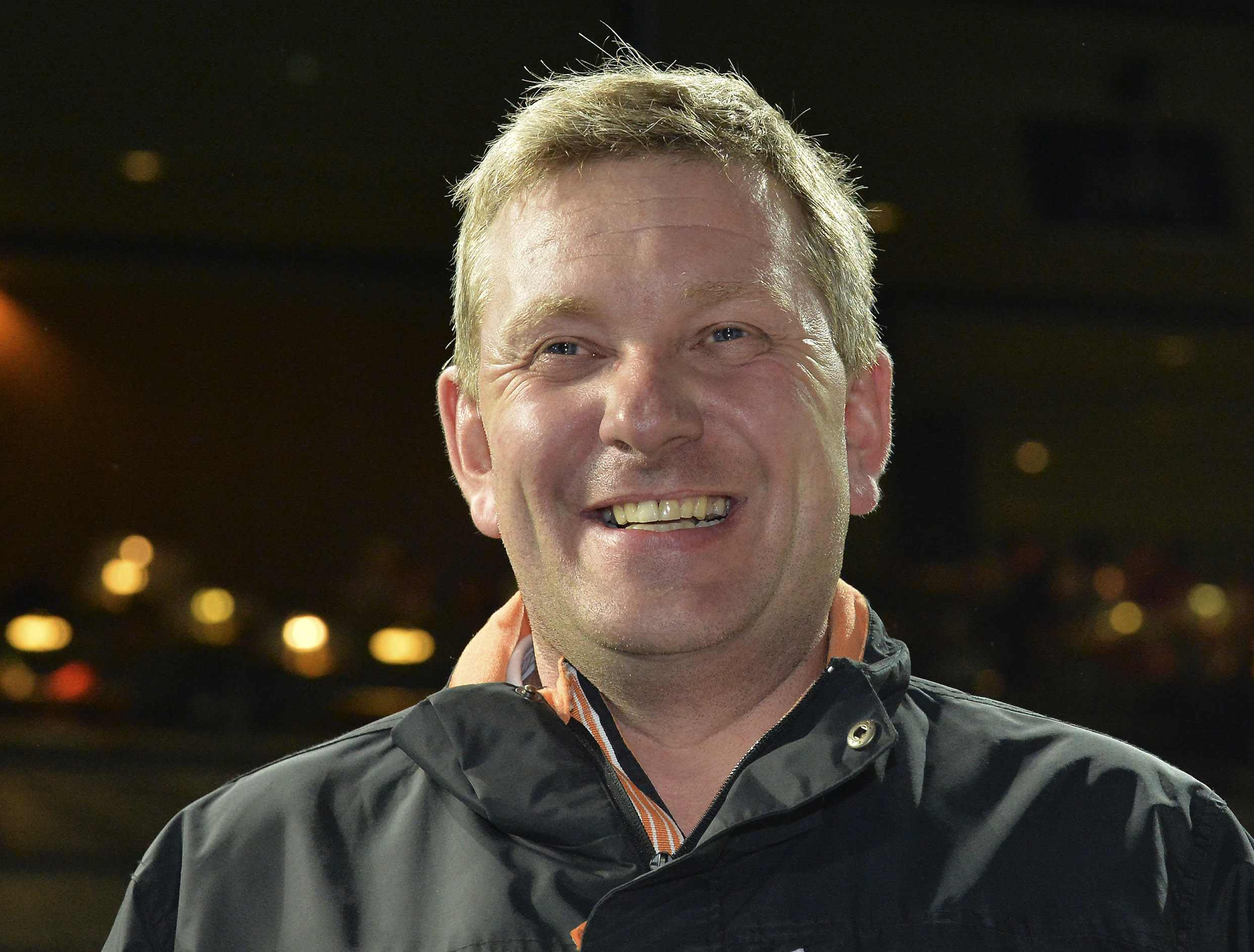 V75®: Lennartson on the rise again

Five years ago he was a regular in the spotlight with a big stable with the queen of the crop Vincennes as the brightest star.
This Saturday Sören Lennartson is returning to the big scene.
"It would be a lot of fun to win V75® again. I think Bear Briar is good enough" says the Umeå based trainer about this weekend's V75 jackpot card at the neighbouring track Skellefteå.

During the years 2011-2013 the horses in Sören Lennartson stable earned over SEK 2 millions each year.
The breakthrough came with the filly Vincennes who won both the Oaks and the Breeders Crown as a three year old.
As a four year old she won Solvalla Grand Prix, beating horses like On Track Piraten and Oasis Bi.
It was around that time that Lennartson took over the stable of Akseli Lahtinen at Umåker race track when Lahtinen moved back home to Finland.
It led to another successful year with 40 wins, but it was also the beginning of the end.
Vincennes was sold to France in 2014 and after that the results declined.
In 2015 Sören Lennartson AB went bankrupt.
"Akseli Lahtinen had mostly Finnish owners and they had chosen him - not Sören Lennartson - to train their horses. The good horses were moved, one after the other. It was a downward spiral we couldn't stop.
You mean too many employees and empty stalls?
"Exactly. We couldn't make ends meet any longer. I left the barn on the track and I only have the barn on my farm now. It's just me and my daughter there. We're digging in and it looks brighter now. Some of my old owners still believed in me and made it possible for me to get some nice young horses. It feel like we're really on our way back in the game".

"Dreaming about a new Vincennes"
The daughter's name is Sandra V Eriksson, she is 28 years old and started driving the last few years.
Five wins in 40 starts is her record since 2015.
"Sandra became the groom of Vincennes for the four year old year and that's when she fell in love with the horses. She really lives for this and she is a big part of my stable".
So you're suddenly a family business?
"You can say that. But we also want to expand. We have ten horses, but there are 17 stalls on the farm and we hope to fill them all. It's incredible to have had a horse like Vincennes. You dream about another one".
Was it tough losing her?
"Of course it was. She raced in the Elitlopp later and would have made a really nice gold divison horse. But when I think think back it's all good memories. When I've had a bad night at Boden, I come home and look at some old photos and it always cheers me up".
Do you have a specific memory?
"Oaks was a lot of fun. But there's another memory I always come back to. When she was making her second start as a four year old. I had taken a lot of weight off of her and when Akseli came back after the warm up and said we have to scratch her, she wouldn't trot. I told him it's all good. Give her a bath and I'll go get some toe weights.All the warm up experts were upset and the owners were almost in chock. Akseli agreed to scoring her down and she took off trotting in 1:10 speed, perfectly gaited. And she won the race. The fat that Ik new the horse so well and knew exactly where I had her still makes me very proud".
Do you know where Vincennes is today?
" I only know that she is in France and is supposed to be a brood mare. I think she is in foal, but I don't know to whom".

"Even sharper"
The hope for the future is on the stable's five two year olds, but until they get their careers startes it's up to Bear Briar to keep the ship afloat. This four year old has won four of his eight starts so far and comes form an impressive win at Solvalla's Kriterium weekend. Now he makes his V75® debut.
"I was very happy with him in his last start. He came out of the race great, he ate and drank as soon as he came home. Racing back to back weeks should make him even sharper and he's well prepared for Saturday".
Is he a good enough horse to win on V75?
"I think so. The post position is risky sine he doesn't leave that quickly, he kind of has to step out of there at his own pace. With some racing luck he's got a chance to win. He has shown that he's tough enough to the the hard work himself, but also that he's good with a nice trip. Barefoot was good last week and we'll go the sae again".
Do you remember when you last won a V75 race?
"It has to be Somersault Sally in an Oaks elimination three years ago".
What would a win Saturday mean for you?
"It would mean a lot. Success feeds success. And if we can show that we can compete on V75, the hopefully we can attract some new clients up here" says Sören Lennartson.

Sören Lennartson has this to say about 7 Bear Briar (V75-2):
"We got him last spring and he's improved a lot. We did some vet work on him before racing two starts ago. I hadn't pushed him a lot in training and he didn't have much racing luck. I had him a little sharper for the race at Solvalla, but he was lazy in the warm up, so I raced him in a "Timo Nurmos bridle". That worked out great, just like racing barefoot which gave him some extra speed. he has usually raced in an open bridle. How we'll race him Saturday depends on the warm up. If he's sharp and alert, we'll race him open. If he's lazy again, we'll race him like last time. Either way he should be sharper now with back to back starts and he feels great in training too. When we can pull his front shoes he should be even better sine he interferes a bit, bit his hoofs aren't good enough for that just yet. Behind is no problem to race barefoot. hes raced in an American sulky before, but it's a little tight and he's very close to hitting a wheel and he even did, behind the gate once. So we changed to a regular sulky and we'll probably race him in that again. But I'm looking for a wider American sulky and if we find one, we will try it in the warm up. Even if he's won the hard way, I would prefer a stalking trip but the tactics will take care of itself when I see how he gets away from the start. I think he'll be alright in here and with some racing luck I wouldn't be surprised if he wins".