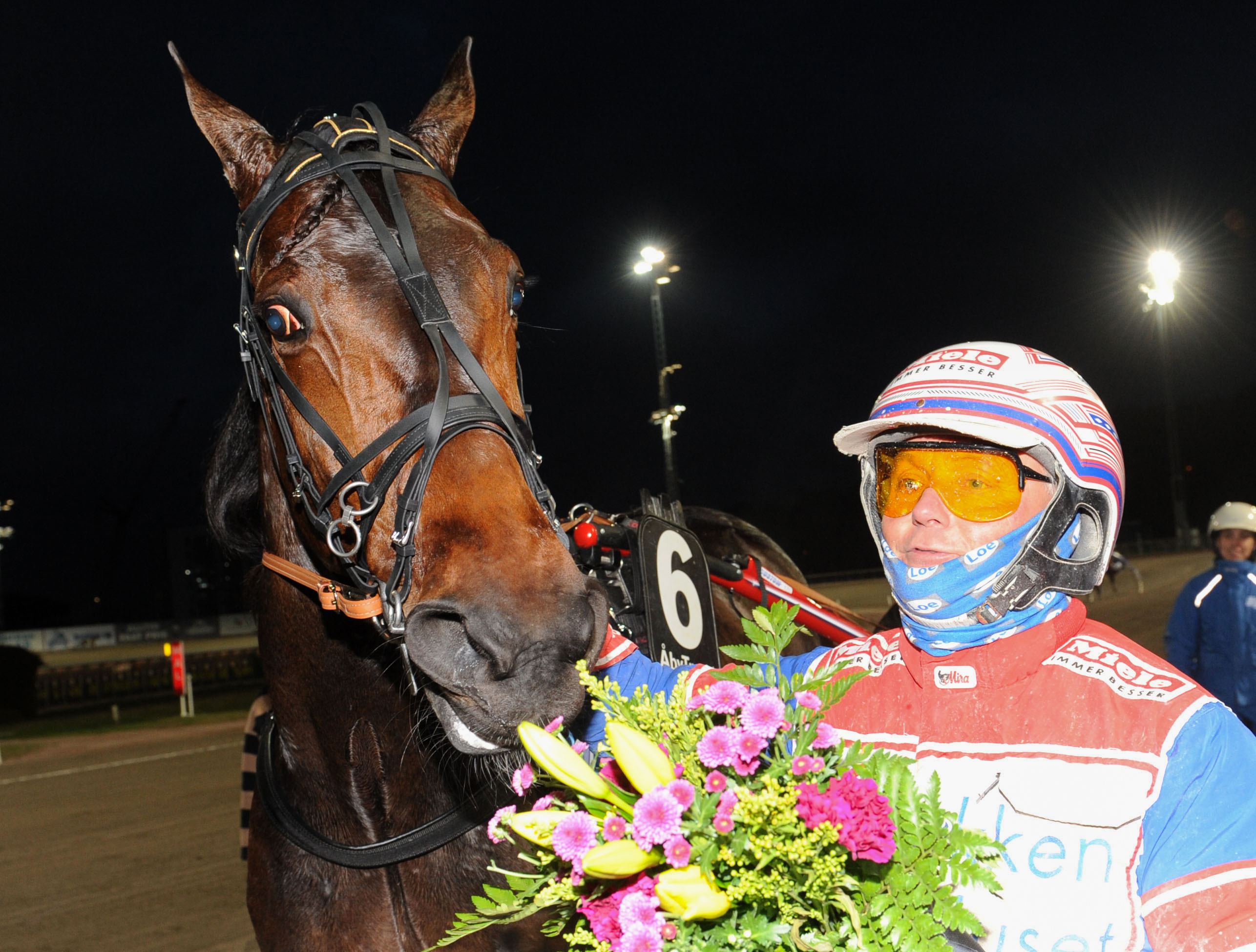 On Saturday it's Norway vs Sweden in Oslo.
V75® goes west where the Norwegians put world record holder Ferrari B.R. on the line in the battle for the four year olds - Axel Jensen Memorial.
"Ferrari has never raced against this caliber horses before but he should be right there in the photo" says trainer Per Oleg Midtfjeld.

Back in May Ferrari B.R. showed some surprising speed when he won in the new world record time 1:09.9/2100 at home in Norway - he cut a tenth of a second off Robert Bi's former record on a 1000 meter track, 1:10.0.
2018 will be his first year racing against the older elite and this Saturday will be his last start of 2017. In V75®-6 at Bjerke, Axel Jensen Memorial, he will take on a bunch of tough four year olds.
"Ferrari has never raced against this caliber horses before so it will be a good measuring stick on how he stands against the better four year olds" says Per Oleg Midtfjeld.
Midtfjeld lives in Mysen, 60 kilometers from Bjerke racetrack. The forecast says the weather should be ok all week.
"As of now the track is perfect and I haven't heard anything about snow either. I think we'll have a fast track Saturday".

Broke in the Derby
Ferrari B.R. was not himself in the Norwegian Derby back in September and lost as the gigantic favorite. He's been great in the two starts following that.
In Leangen in October he made a break in the start and lost 40 meters and still managed to come back and win by open lengths. This past weekend he wired the field at Sörlandet.
"Something strange happened with him in the Derby. But i don't worry about that anymore. The Derby is history now. He's felt great in the last two starts and I think his form is really good".

”Redén's the toughest one"
Axel Jensen Memorial is raced over one mile (1609 meters) with NOK 300,000 awaiting the winner. Ferrari B.R. drew a perfect post three behind the gate.
"I think the race is wide open with many good horses. Love Matters, Daniel Redén's horse is the toughest opponent to me. Wim Paal's Unicorno S.L.M. was very good a couple of starts ago, but I don't know how he is right now.

His gait is a big asset
The Mysen trainer won Elitloppet 2005 with Steinlager - the best horse he's ever trained. His new star Ferrari B.R. still needs more experience against the elite, but he can see some of Steinlager's assets in Ferrari B.R.
"They both have the same great attitude. They both have big lungs and hearts. But Ferrari is a better gaited horse. If he stays healthy I think he can race in some of the major races too. Well, I hope so. He's yet to prove himself first.
What can you say to the bettors about Saturday's race?
"I think Ferrari is one of them who has a chance to win. But we need some racing luck. He won't beat these without racing luck. He's quick behind the gate and he's normally safe. the fact that he made breaks recently is just coincidence".

How will the world record holder race?
"I'll probably race him with shoes behind at Bjerke. He raced like that last Saturday and it worked out well. And he'll race in the American sulky like he always does on a 1000 meter track".
You also have No limit L.A. from a good post in the bronsdivision (V75-2). The rumor says he can leave the gate fast.
"He raced very well in his last start, coming off a shorter break. He trains well and has a good post but he's in tough here. He's fast behind the gait and I will try to leave with him since he races best when he's on the front end. If we get to the front, his chances definitely increase. It might be tough to win but I hope he can be top three" says Per Oleg Midtfjeld.