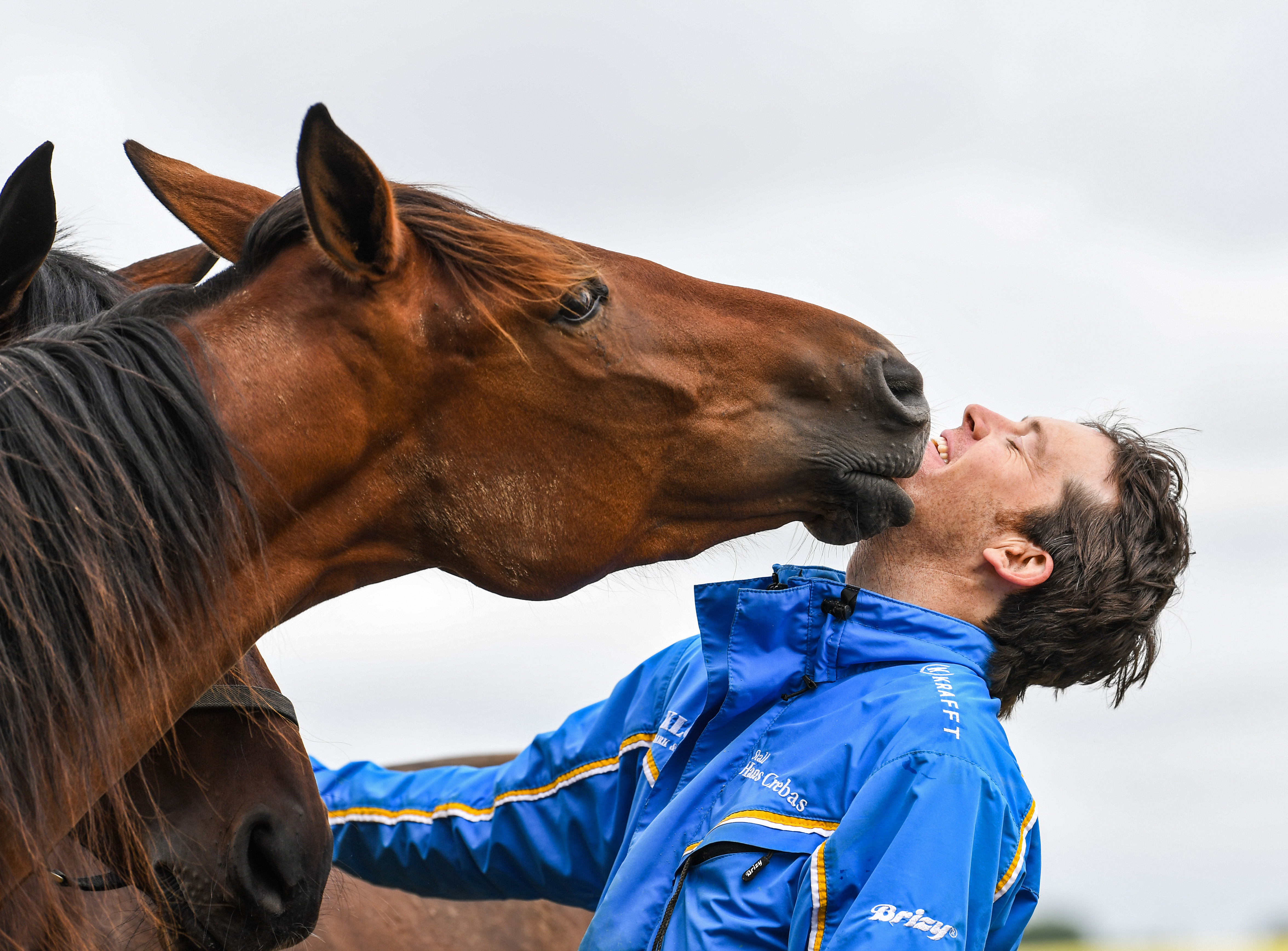 The final of V75 Winter Burst® with SEK 82 million in the pool for all seven winners picked on V75®.
That's when Hans Crebas is hoping to give us a longshot winner in the newly founded race Sylvesterloppet.
"We have been aiming at this race" says the Axevalla licensed trainer.

The year of trotting 2020 is being concluded with Sylvesterloppet at Axevalla. Someone who is interested in getting their hands on the first prize of SEK 337,080 is Axevalla trainer Hans Crebas with Bransbys Juke Box (V75-7).
"To win a newly founded big race at my home track on the last race day of the year with Winter Burst and the multi jackpot on V75 would be an awesome ending to an awesome season for the entire stable" says Hans Crebas.
The 38 year old Dutch native trainer is having the best year of his training career, which he started at Kalmar in 2010 when he was stabled at the classical Blädingeås Stuteri.
He was there for around ten years before Jim Oscarsson bought the farm, which meant Crebas needed to move.
"I wanted to stay in Sweden with my family, but I didn't know where to go".
That's when Lars Ågren from Axevalla reached out to Crebas and told him there was an opportunity to move in after Eric Martinsson at Stall Palema in Edsvära - about 50 kilometers from Axevalla - which is owned by the legend Karl-Erik Bender.
Hans, his girlfriend Tilly and son Sven drove up to look at the place and fell in love with it. They made the move in Septmeber 2019 and it has been a gigantic boost for the Axevalla trainer, whose stable last year won six races and SEK 669,700.

Tripled the numbers
This year, with one race day to go, his stable has 28 wins in 148 starts, a magnificent win percent of 19 and SEK 2.1 million in earnings. So he has tripled last year's numbers.
"The move turned out to be great. I've gotten some interesting horses in training and right now we have 24 horses in the stable" says Hans.
A contributory factor to this year's numbers was Lucky Base who won two long distance races in a short period of time this past summer. First he won in Kalmar during the midsummer weekend and two weeks later he won on the night of the Sprint Championship in Halmstad where he made SEK 200,000. He also won on V75 at the Derby weekend at Jägersro.
"He is now back in Belgium resting at his trainer's farm. He will race in France during the winter meet and he should be able to do well there".
How does it feel now that he has returned back home?
"I knew the circumstances when I got him. I'm happy for the time we spent together and he became a good poster boy for me".

A longshot
It's business as usual at the Crebas stable and on New Years Eve it's time to close the books on 2020.
As far as Hans Crebas is concerned, that means sending out 4 Bransbys Juke Box (V75-7) in the newly founded long distance race Sylvesterloppet which has the appealing first prize of SEK 337,080.
"We have been aiming at this race and to get to win at my home track would be an awesome ending to an awesome season for the entire stable" says Hans, who got the seven year old gelding in training July 1 this year.
For his new trainer he has won three times in five starts, one of the wins was taken under saddle.
Before his last start at Åby he had been off due to an injury, but he didn't look rusty at all and he won the race after a quick finishing rally.
"We were going 1:08 speed and he fought bravely all the way to the finish line. He felt great training intervals last weekend and he will jog on Wednesday. Everything seems well with him and the long distance is an advantage. He is also very quick if it turns in to a speedy finish".
How do you estimate his chances to win?
"Sure, he's in against some good long distance trotters but he's pretty good himself too. He could be an interesting longshot on the V75 ticket" says Hans Crebas.
Don't be surprised if Axevalla's flying Dutchman is the one who closes out the 2020 of trotting.