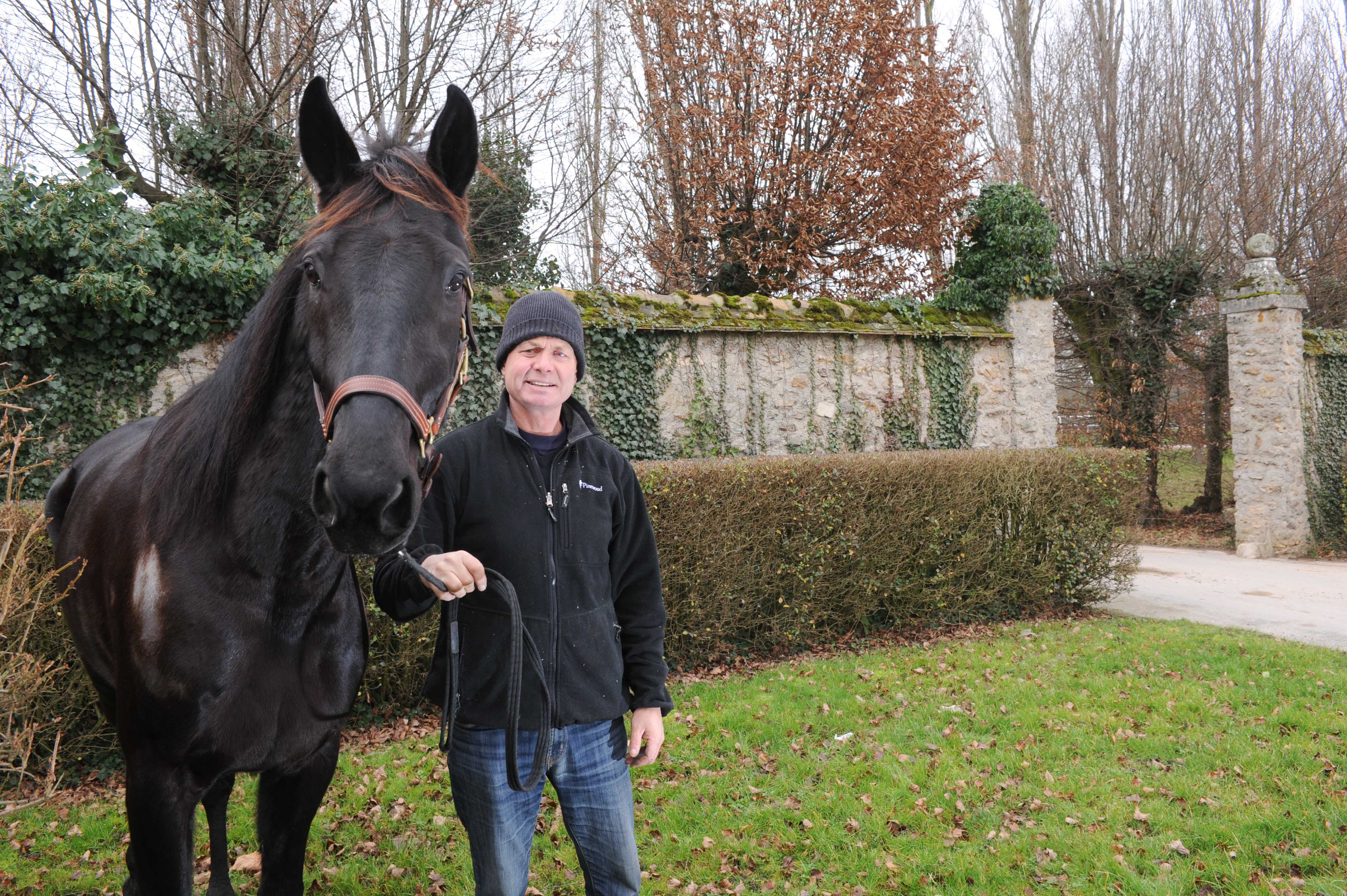 V75® Multijackpot (Sunday): 'The pirate' hoping to score from the inside in Olympiatravet elimination.

He loves the winter.
Spring isn't too bad either.
The fifteen time millionaire is once again competing for a spot in Olympiatravet at Romme on Easter Sunday.
"We drew inside and that's not too shabby" says the hopeful trainer Hans R Strömberg.

Sunday is the start of the fight for the spots in Olympiatravet at Åby on April 28th.
The fan favorite On Track Piraten has turned ten but he's still going strong.
Many lost faith in him this past fall and winter when the wins were absent on V75®. In a gold division V75 race at Romme, trainer Hans R Strömberg drove his super star for the first time in a year and a half. It couldn't have gone any better. They won together right away.
"I want to do this myself now so I will drive again" says Hans R Strömberg.
The first elimination to Olympiatravet is schedules as V75-3 at Romme on Easter Sunday.
A V75 that is also the finale for V75 Spring Race - four V75 cards in four days which starts Thursday and ends on Easter Sunday.
Accumulating jackpots builds up to a huge jackpot on Sunday where a sole winner could take home SEK 54 millions.

"Eight point five!"
On Track Piraten has many wins on V75 over the years but he's now ten years old and trainer Hans R Strömberg might not rely on his horse as much as in his younger days.
"We're just thankful this fantastic horse wants to and still can compete at the age of ten and so far everything looks good. He feels great" says Hans R Strömberg.
On the question where on a scale from one to ten his form is the answer comes quickly:
"Well...eight point five!"

Towards his fourth straight final
It will be his fourth start of the year and once again it's at 'The Pirate's' second home track Romme. On Track Piraten has made it to three straight Olympiatravet finals and they are going for four in a row.
Back in 2016 On track Piraten finished fifth in the final after holding up the lead from post one. But after being challenged hard all throughout the race he got tired. He still held on well after being pressured by both B.B.S.Sugarlight and Mosaique Face.
"That was a final where it was full speed the entire way. Even if he's out against some good horses on Sunday, they're nowhere near the caliber of that field".

"Hope to hold up the lead"
Last time On Track Piraten edge past Zenit Brick just before the wire. Now they meet again.
"Post one is good and it looks like a pretty good chance. I hope to hold up the lead and that I can race him barefoot. I have the most respect for Digital Ink who looked great last time and also for Zenit Brick. Nurmos' horses has had super form all winter" says Hans R Strömberg.

What do you think about Sunday?
"We look forward to the race of course. It's a plus that we don't have to travel so far and he's raced well at Romme before. We're coming with a horse in good form".

You have two more horses racing on V75. Your thoughts on them?
"Rim Perfect (V75-2) has raced well her last two starts and the distance is her best. But she's in a little tough here. The post position is not good for her since she's slow from the start and will get away in the back. It will be tough for her to win here".
"Qamaro C.D. (V75-6) raced well and finished third in the three kilometer race last week. His form is good but he doesn't have much speed and needs a hard and even pace to have a chance here. Even with that it will be hard for him to win here. On Track piraten is my chance to win on Sunday" says Hans R Strömberg.