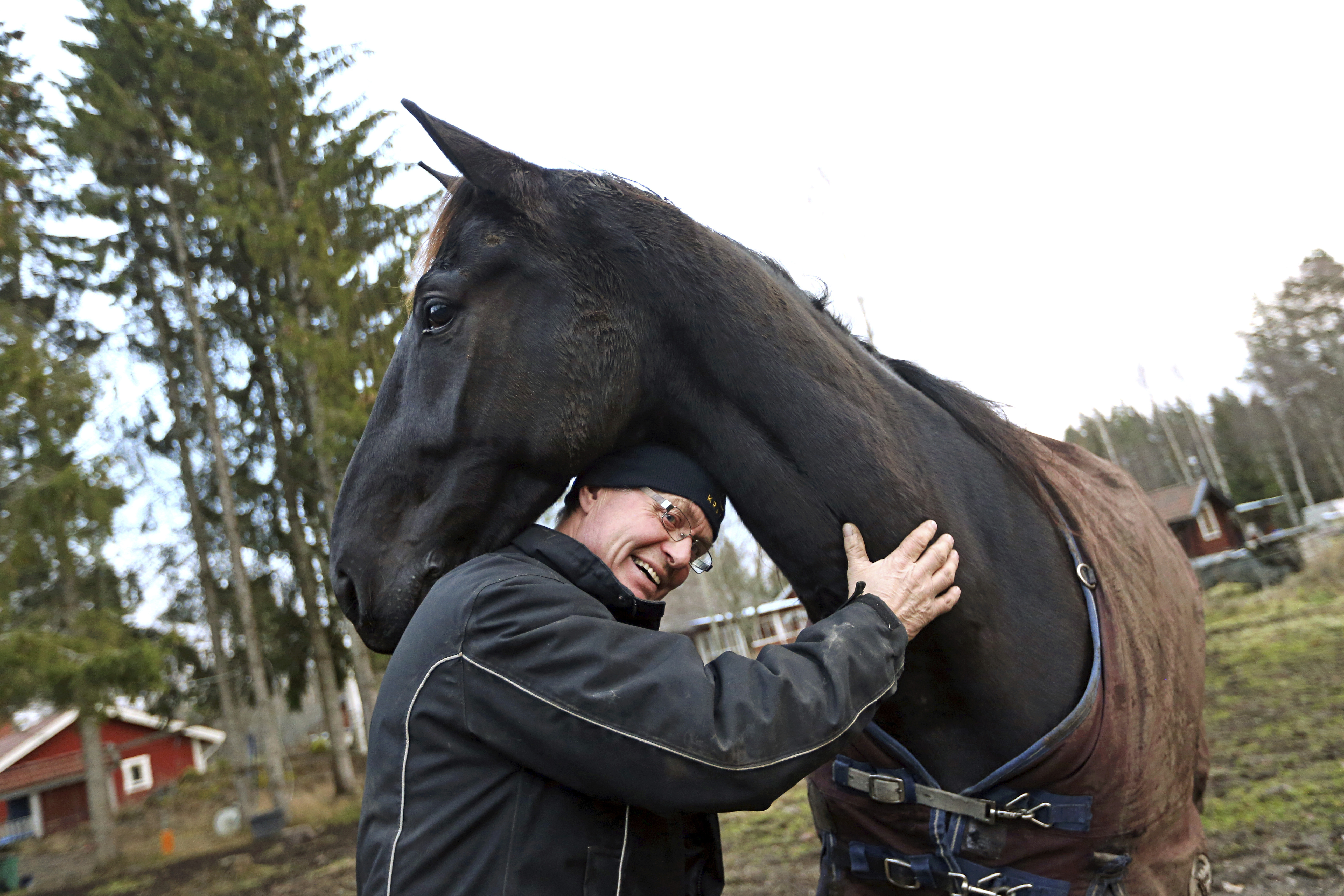 ​His most recent start before New Years was meant to be the his very last.
But then.
On Track Piraten won V75 at home in Dalarna and proved to be very fresh and sound so he gets to try the gold division at Bergsåker as a 13 year old.
"It's a bit tougher on Saturday but if he gets the right trip I think he could end up fighting for the win" says Hans R Strömberg.

Superman with almost SEK 19 millions in earnings got sick last spring and almost exited the year winless.
That has never happened before.
Hans R Strömberg let him take it a bit easy for five months and back in the fall the fan favorite was back on track again.
But everything has to end and the start he made on V75 at Romme on December 28 could have been his very last. Instead it ended with a victory.
That victory meant that On Track Piraten has won at least one race every year for the past ten years since he started his racing career.
In the gold division (V75-5) at Bergsåker on Saturday his fans get to see him again.
With the changed rule it's possible for stallions and geldings to race as 13 year olds in Sweden.
"He feels so sound that we decided to let him keep racing. This year we will take it one start at a time wit him, which we've always done anyway, but especially now that he's older" says the trainer.
Not a group of youths
On Track Piraten doesn't quite run into a group of youths in Zoogin's race in Sundsvall. As a matter of fact, he is not the only 13 year old in the field. Nicklas Westerholm's 13 year old Going For Gold Zaz is another elderly trotter in the race. Among the favorites we find the two eight year olds Antonio Trot and Disco Volante as well as the ten year old Zenit Brick.
Magnus Djuse drove On Track Piraten to victory at the end of last year and he will get the nod again.
The fastest dala horse in the world is not among the favorites in the race though.
"We're used to being the underdog in recent years. But that's alright. It doesn't mean that I don't think he's got a chance to win, though" says Hans R Strömberg, who ranks On Track Piraten second in his 'V75 expert picks', behind Disco Volante but before Zenit Brick.
The fact that we can expect a harder track which means corks are necessary on Saturday is just an advantage. We are talking about a 13 year old horse who has been called 'the horse of the winter' several times.
"He sure likes the winter! I trained him last Saturday and he felt great" says Strömberg.
Ranked him down a bit but...
Bergsåker handicapper Börje Andersson looks forward to On Track Piraten's visit on Saturday.
"It's wonderful that we have horses like him in Sweden. It will be nice to see him agan. When we handicapped the race we ranked him down a bit this time but if you play with a few horses on your ticket you need to use Strömberg's horse too. Sure, he can win. The feeling I got when I saw his last start was that he still tries hard and if he does he could have another good year. The cold weather also helps 'Piraten's' case on Saturday. It's supposed to be clear skies and nice weather so the track will most likely be hard and corks will probably be necessary" says Börje Andersson.
Best horse to single on V75? Andersson goes with hometown trainer Daniel Wäjersten's Algot Zonett in V75-1 as the safest bet on the card.