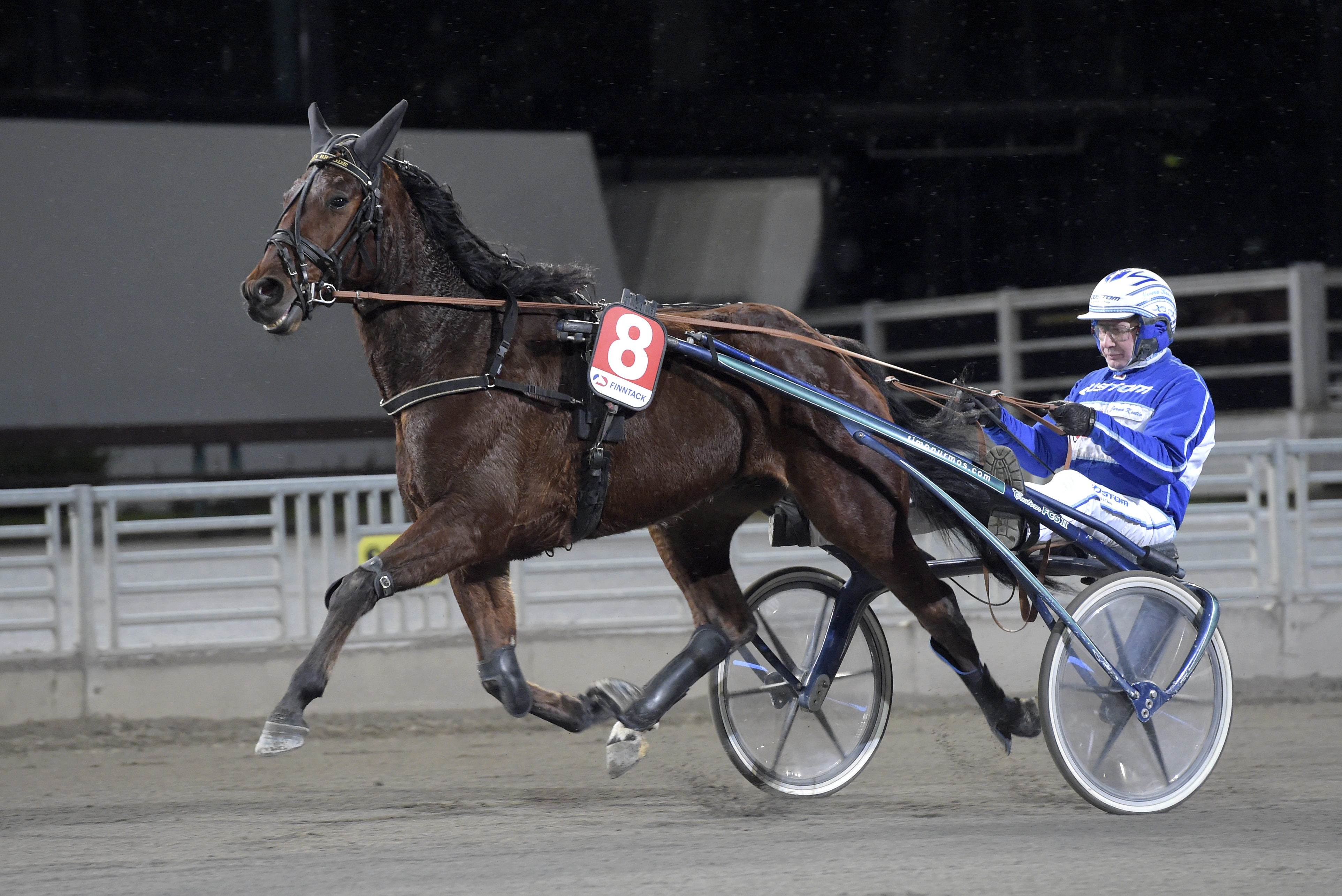 V75®: Post position could be a trap for Kapten Brodde

He has won two races impressively after a long layoff and will be heavily used by the bettors when starts on V75 this Saturday.
But post position one behind the gate is not an advantage for Kapten Brodde.
"It was pretty much the worst possible post position he could get" says Andreas Lövdal from the Timo Nurmos stable.

1 Kapten Brodde (V75-5) is an extraordinary horse. Eight wins in eleven career starts proves that. But he has also shown tendencies of not always being safe. At all of his losses, he has broken stride in the start. Due to that, Andreas Lövdal puts out a warning for this start in Class I at Hagmyren, which is a racetrack with short straightaways and therefore the start comes sooner out of the turn.
"The inside post is no advantage for him. He can get a bit sharp going up to the gate and there is a risk of him making a break from that inside post. So it was pretty much the worst possible post position he could get. It feels like we have the right driver (Örjan Kihlström) to handle it, though. But the horse will be the huge favorite, so it's better to keep that in mind before the race" says Andreas Lövdal in the podcast 'V75 - lördag hela veckan'.
If the five-year-old can handle the start, Andreas Lövdal believes he should have a good chance to win the race.
"He still feels very good. He has gotten pretty good trips and has won easily. He feels like a horse that belongs in a higher class and it feels interesting with V75 for him now. I have a good feeling about him. He is the hottest one out of our starters".

Wants revenge after the miscue
Another hot Timo Nurmos trainee is 4 Brother Bill (V75-6). He was among the favorites last time out, in Sundsvall Open Trot, but he made a break behind the gate.
"Brother Bill felt very good when I warmed him up before that start. He has his own way of trotting sometimes, but I thought he felt good, so it was disappointing that we never got to see him in the race" says Andreas Lövdal, who does not think that the break was due to him racing with a new bridle.
"I talked to Magnus (Djuse) after the race and he said it had nothing to do with him racing with blinkers. He said he his speed coming up to the gate was too high, and he sort of came to a stop. Other that that, he was very happy with how the horse felt".
As usual in the highest class the competition is knife sharp, but from post position four behind the gate Brother Bill has every chance to win the race.
"I think he is in pretty good form. I have a feeling that he didn't need that last start since he has raced frequently before that. I don't think he has lost his form because of that".

"Good for this class"
The Nurmos stable has three more interesting starters on V75 and here are Andreas Lövdal's comments on them:
"9 Queen Ratzeputz (V75-2) looked very good before the race and she also raced well, last time out. She feels very good and she always does her best and she will race well here again".
"12 Decathlon (V75-3) raced in a Derby elimination last time out, but made a break. But I think he was going pretty well when he broke and he should be good enough for the class he is in now. Obviously, post position twelve is not good but in a 2,640 meter race it matters less. It doesn't look like he is chanceless, at least".
"6 Viking Brodde (V75-7) doesn't at all feel like a horse who can make breaks, but he often gets a bit too sharp going up to the gate and the driver has to grab in to him and that makes the horse too short, simply. And since he has such a long stride, he interferes with himself easily and then he can make breaks. As far as I understood, that's exactly what happened last time. Normally he is not an unsafe horse, even if he has made some breaks. He showed good form two starts ago and he won in his last start, so he is in good form".