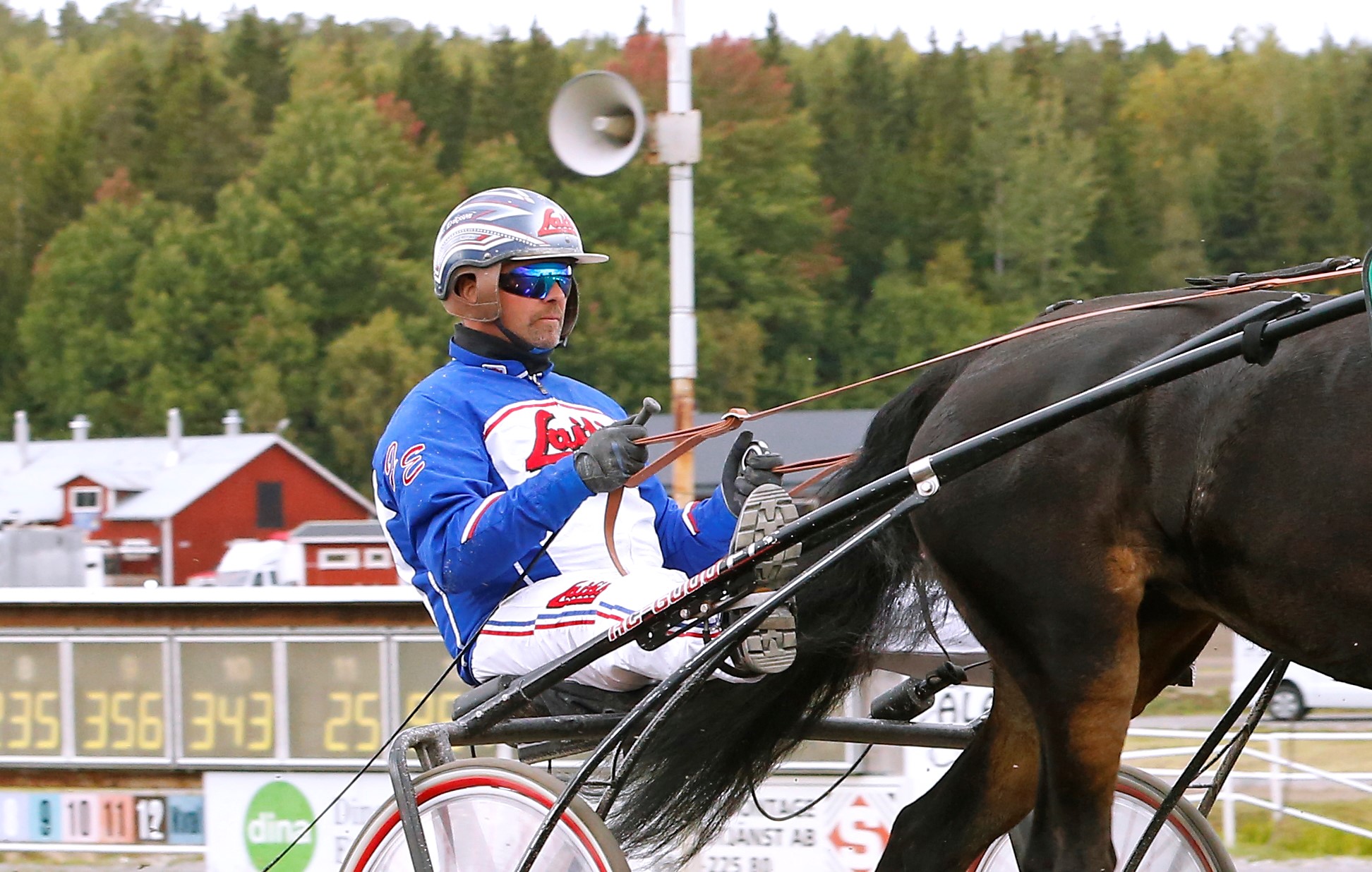 V75® preview (double jackpot): Eriksson is ready for V75® at his home track

Skellefteå arranges V75® once a year.
That means that one of the track's trainers Jens Eriksson is charged and ready and he races his newest acquisition.
"Polar Operation is a very nice horse and I don't often get these nice horses sent to me".

Once a year V75 comes to Skellefteå and this time it comes with a double jackpot. The hometown trainer Jens Eriksson has a stable in good form and has recently gotten an exciting new horse in training.
"7 Polar Operation (V75-5) is bought by customers of mine and it feels very exciting. It's not often that we get to buy such a nice horse" says Jens Eriksson.
The three-year-old filly came from Stefan Melander where she has won three out of nine starts.
She made it to the short E3 final and in her last start, she raced in an Oaks elimination. She hasn't quite been good enough in those races yet, but she also doesn't have a lot of experience and toughness yet either. I've had her for a week now and she's a very nice filly. It's hard for me to estimate her chances in this race and she has to be judged based on her past performances. Hopefully, the chance of environment can have a positive effect on her. In the long run, I hope that she can be competitive in the stake races".

"He was like a new horse"
In the same race as Polar Operation is the Finnish horse B.Sacamano, a horse Jens Eriksson knows well after having driven him successfully twice.
"I have won both times with him. He's a very good horse who struggles with his gait and he's a bit bumpy going. In his last start, he raced with pullout earplugs for the first time and he was like a new horse when I pulled them with 500 meters to go. We won in splendid isolation and he was far from tired. he has to be considered a win candidate in this race as well, but I don't want to speculate about who out of him and my filly has the best chance when I haven't driven her in a race yet".
The Jens Eriksson stable has two more starters on this V75 card, two true retainers who both are in very good form.
"8 Lexington Tooma (V75-7) is in very good form and has really stepped it up another notch in his last three starts. He feels good in training and I think he will give me another good effort. Of course, you feel a bit given up when you see the post position. We have to make the best of it and hope for a high pace and some racing luck. He will race barefoot this time".
"10 Zorro Swing (V75-7) is also in very good form. He has left hard in his last two starts which has been costly for him. He has still been able to close well. In his last start, he stayed with Even's Cool Boy and Swagger down the stretch. Zorro Swing's chances were also taken down a notch with the bad post position and he needs lots of racing luck".