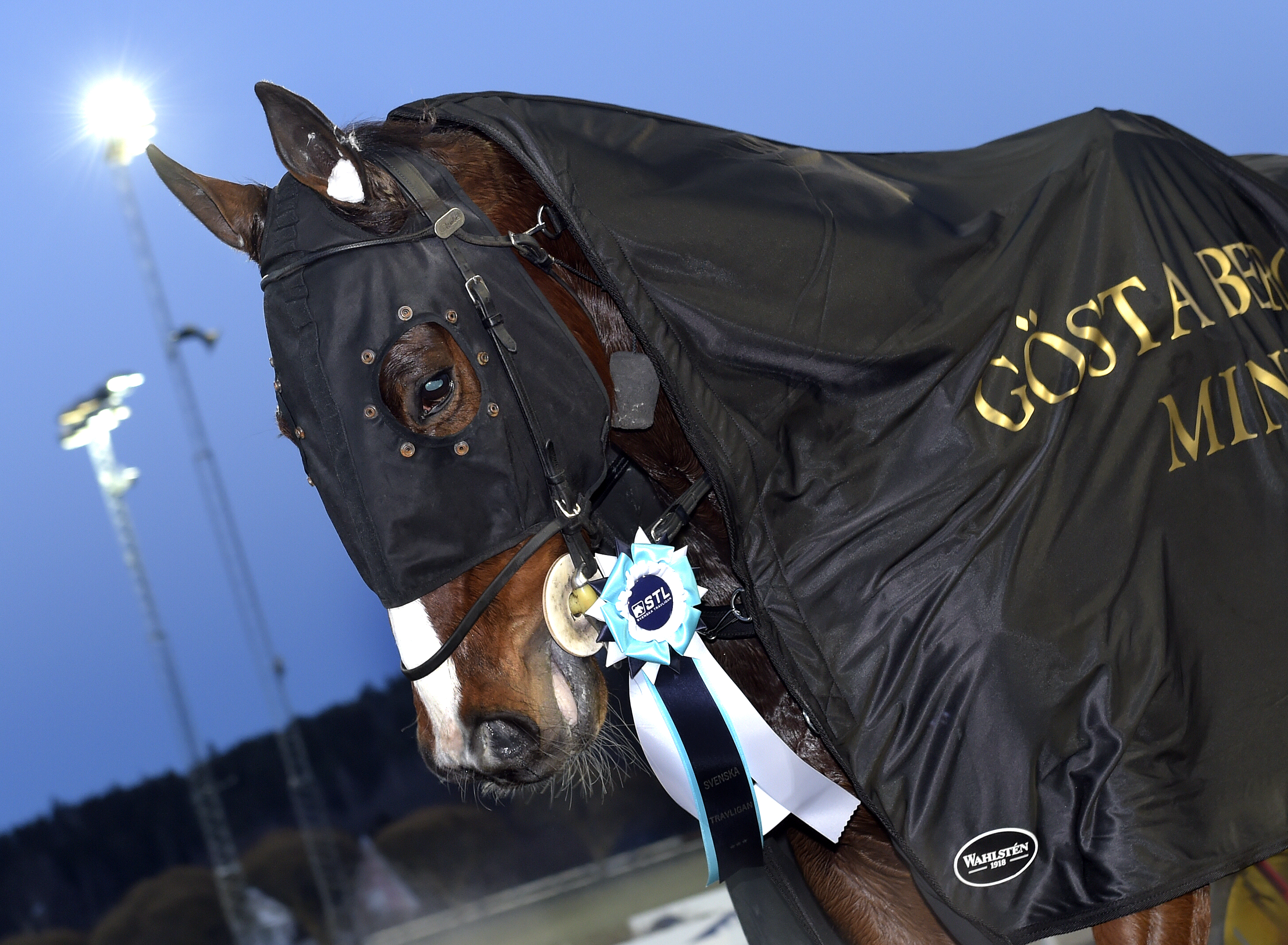 When the dark and the cold come sneaking up on us, that's when he likes it best.
The five time millionaire (SEK) Disco Volante was given a break over the summer and might be ready to win the gold division in Eskilstuna om Saturday in his fourth start back this fall.
"He drew a dreamy post position three and it looks very interesting" says Stefan 'Tarzan' Melander.

Sundbyholm racetrack in Eskilstuna is hosting its annual weekend with dual V75® cards with the Breeders Crown finals on Sunday.
Smedträffen over 1,640 meters for the open trotters (V75-3) is the featured race on Saturday where Stefan Melander's Elitlopp horse Disco Volante faces some well known rivals.
Timo Nurmos' Brother Bill was the one who defeated Disco Volante in his most recent start at Solvalla. If trainer Stefan Melander gets things his way it will be revenge this time.
The eight year old might have needed his last start to find the right form.
The horse has been given a break over the summer the last two years and the start last week was his third one back after the summer break.
"I think Disco Volante is coming into form big time. He was a bit sluggish at Axevalla but I think it was too much time in between starts. He raced back eight days later and was very good when he finished second at Solvalla. I was very happy with him and I think he raced very well" says Melander.
Disco Volante has 32 wins in 85 lifetime starts with earnings of SEK 5.5 million. The way it sounds from his trainer, eight years old is not old at all when it comes to the Disco horse.
"No, he is coming into form again. He is also a bit of a fall season horse. He likes when it gets a bit cooler in the air. It's been the same every year. He looses his form every summer and finds it again in the fall and winter".

"Tactics – call the driver"
Stall Courant's eight year old gelding has been in two Elitlopp eliminations (no final) and is one of the country's fastest horses out of the gate. Post position three is what Melander calls a dreamy post over the fitting short distance.
"He is quick out of the gate so it coudln't be any better".
So, the question is if the plan is to get to the lead – Disco likes racing on the front?
"We know that he can leave fast, but I don't know anything about the tactics. If you want that answered you have to call the driver" Melander says and means Ulf Ohlsson.
You also have Milligan's School racing in the same race. Six starts ago he won the three kilomter race Åby Stora Pris and made SEK 1.5 million. Milligan's can do it all at times.
"I'm uncertain of his form, though. We will give him a few more starts and then we will see. Normally, he should do better than he did in his last start at Solvalla. It's very hard to know how his form is today. We all know what he is capable of".
Milligan's School will be very hard for the bettors to handicap. What do you think of his chances?
"He has raced against all of these and has beaten them all too. If you look at that, you can't count him out. But besides not knowing his form, he also drew poorly. Disco could have a good chance to win if things go his way and maybe he will finish ahead of Milligan's this time. Both will race barefoot, at least upfront. I've been talking about maybe changing Milligan's bridle (has raced open in the last few starts) but we will see on Saturday what we do".
Örjan Kihlström had never driven Milligan's School before he sat up behind him in his last start . You have entered with Kihlström again. Any thought behind that?
"I do that sometimes. It hasn't been the driver's (Ulf Eriksson) fault at any of his losses but I just happened to put Kihlström down on him now".
The mares elite (V75-1) kicks off the Saturday card where your Digital Class faces a bunch of good mares.
"Her form is as good as any horse could be in. She is good. The post position is good for her since she doesn't leave very fast and the distance is fitting. But I think she's in a bit too tough. If she can finish third or fourth, then she has done well".