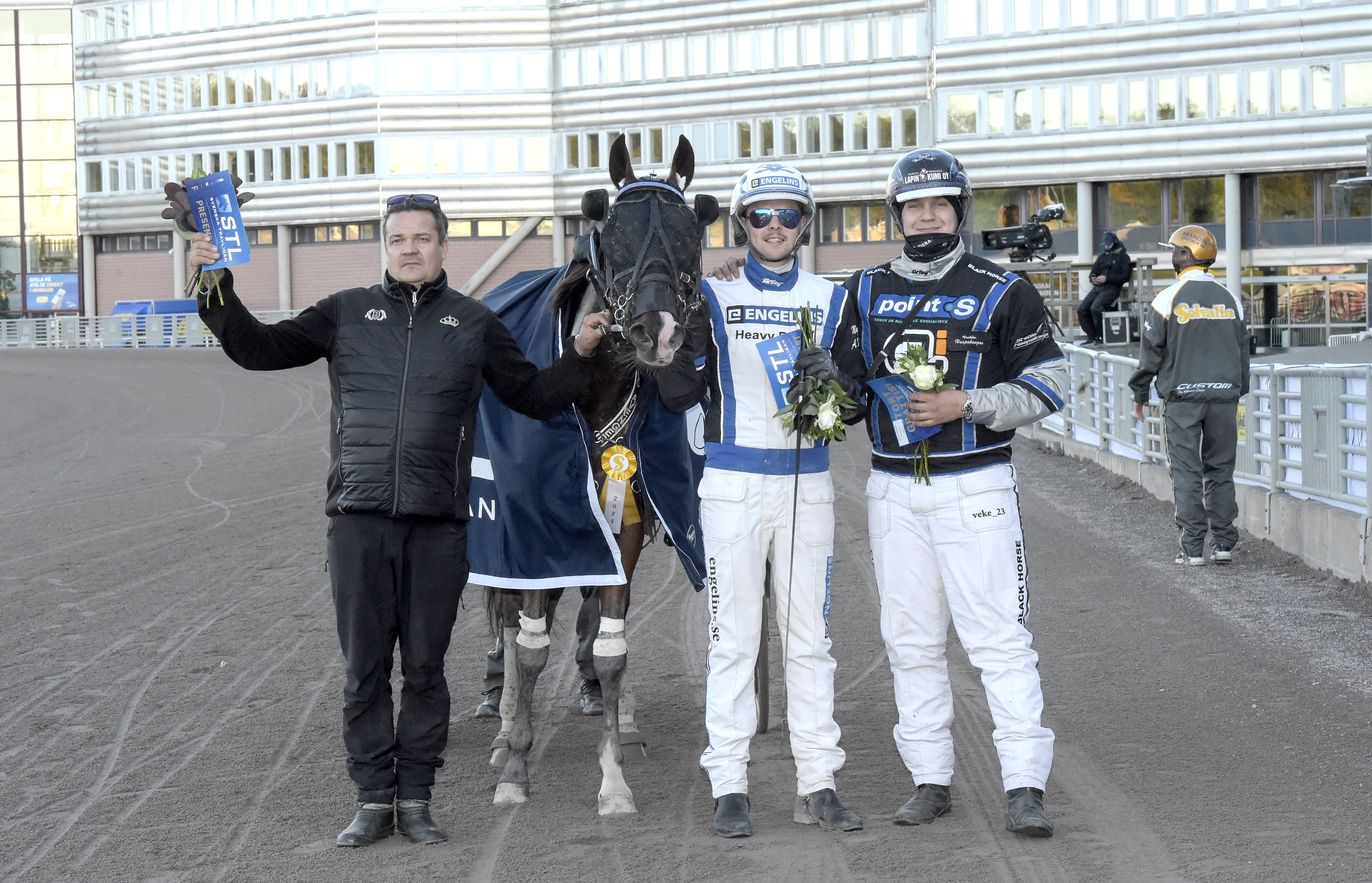 Tattoo Avenger has certainly made a name for himself on V75®.
In his most recent start, he won a final at Solvalla — despite making a break in the last turn.
"I bubbling inside and I just screamed out of joy. One of my most fun wins" says Veikko Haapakangas about the horse who can close out this week's jackpot card.

On Saturday, V75® is even more exciting.
A jackpot means that ATG estimates the pool for all seven winners picked at Solänget to be around SEK 46 million.
In the last leg, a well-known face shows up.
Tattoo Avenger was unknown to the Swedish trotting fans when he last year entered the Mika Haapakangas stable.
As a four-year-old, he was among the best horses in his native Finland, but his five-year-old campaign was a total failure with less than SEK 2,000 in earnings.
"He had a lot of problems when we first got him. He needed a lot of time, both mentally to get his self-esteem back, but also physically to build him back up again. But now he has become just as good as we hoped and I'm very proud that we managed to get him there" says Veikko Haapakangas, who besides being the assistant trainer also is the caretaker of Tattoo Avenger.
He is the horse who during the V75 finals at Solvalla on September 25 came up with an extraordinary effort when he looked like he ruined all his chances with a last turn break, but managed to come back and win easily.
"It was awesome. I stood there in the last turn and saw exactly what happened. Magnus (A Djuse) pulled the earhood, but the horse was so fresh that he got doubled up and made a break. Magnus is my best friend here in Sweden, but for a couple of seconds there I was very angry with him".
A couple of seconds yes. It didn't take Djuse much longer to get the horse back trotting again and once Tattoo Avenger found his footing, he caught up and flew right by the field in a spectacular finish.
"You shouldn't even be able to win a race like that. But they were tired upfront due to the high pace. Tattoo Avenger was really sharp that day, we had aimed for that and had him as good as we could that day, so my hat's off to my dad for having him in such good form".

"We wanted the horse to get really tired"
The way they had put him in that good of a form is almost as spectacular.
After having introduced himself to the Saturday public when he surprisingly won at 21-1 at the end of August at Bergsåker, Tatto Avenger came out in another V75 leg three weeks later at Färjestad.
The plan was to give the horse a race before the finals the following week at Solvalla. But they were not looking for an easy trip to get his mood up for the finals.
"We wanted the horse to get really tired. He's always at his best the week after he's been emptied out. That says a lot about what a tough horse he is. Not many horses can do that" says Veikko Haapakangas.
The consequence was that Djuse gave the horse a more or less insane drive when he after an early break sent him four-wide the last 800 meters and was left out there for the remainder of the race and held his speed in a heroic way to finish sixth, beaten only by little more than a length by the winner.
Seven days later he was ready for the best effort of his career so far — an effort that will be remembered for a long time, not only by the Haapakangas family.

Trained him at 1:05-speed
On Saturday it's race time again when Tattoo Avenger debuts in the Bronze division (V75-7).
And he doesn't seem to suffer from those tough starts.
"He got a week off after his last start but then we trained him last week and he was just as good as usual" says Veikko Haapakangas who just came off the track after sharpening up the horse as we reach him.
They trained at Bergsåker racetrack, where Tattoo Avenger was in a set with Gogobet Sisu and Jason Web — two horses who are also racing at Solänget on Saturday, just not on V75.
"We trained the way we usually do when we take them to the track, a 3,000-meter heat where the first kilometer goes around 1:35-1:40. The second kilometer goes 1:30-1:35 and then we go 1:30-speed before we let them trot all they can the last 500 meters. Tattoo sat behind the others but he sped by them in 1:05-speed down the stretch to win the heat. That was very good".
But that doesn't mean he will be in the same form that he was at Solvalla.
"No, he won't be that sharp on Saturday. You can't top the horse's form for every start. I think the form will be the same as it was when he raced at Färjestad, and hopefully, that will be good enough".

"Will close fast"
On Saturday he will start in the second tier in his first start on the short distance in Sweden.
"The horse has good feet so he can race barefoot again and we don't hold back when it comes to the equipment either, he will go the same way he did in his last start. I'm sure he will close fast but for him to be able to win, they have to set a very high pace upfront. Just like they did in his last start. I can't advise anyone to leave him off the ticket, that's how good he is".
When will he be in top form next time?
"Hopefully for the finals at the end of November. The goal is to get him qualified to them on Saturday, so he can't finish outside the top three. If we manage, we can take it easy and start aiming for that race. Should he not qualify for the finals on Saturday, he will probably race back on V75 next week again and try to qualify then" says Veikko Haapakangas.