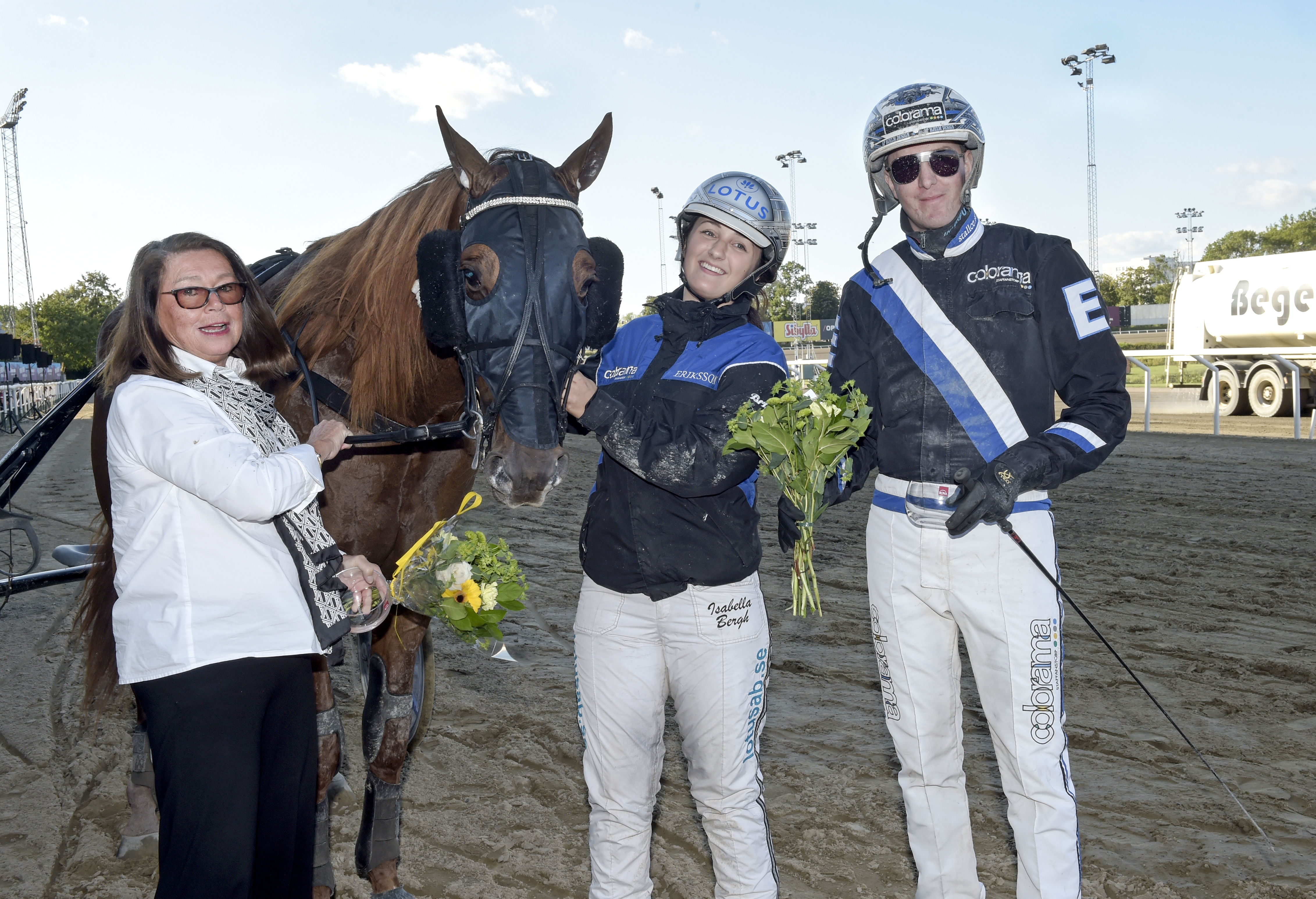 V75® preview (jackpot): The hometown trainer has a winner

Christoffer Eriksson is going towards his best year as a trainer.
When Jägersro hosts a jackpot boosted V75® card on Saturday he claims to have a winner.
"I think I will win with Rackham. He keeps getting better and better" says the hometown trainer.

Christoffer Eriksson was awarded Driver Of The Year in 2017 and he drove races pretty much every day and kept on doing so also in 2018 before he decided to focus more on his training stable.
"I chose to put more focus on my own stable which I don't regret. We do better and better every year and we have already surpassed last year's numbers. We keep raising the bar constantly".
As of today, there are over 60 horses in the Christoffer Eriksson stable and the future looks bright as many of them are of young age.
"We have 25 two-year-olds and we already have 12 yearlings and they are all nice horses and of course it's stimulating to get to work with these nice talents every day".
Nowadays horses are not the only ones attracting Christoffer's and his girlfriend Isabella's attention. Four months ago their daughter Cornelia was born.
"It's a new chapter in life and a lot of fun of course. She is nice and sleeps well and Isabella and I split our time in the barn. I am usually there in the mornings and then Isabella takes the afternoons unless we are both needed there".

"I really like my horse's chances"
On Saturday V75® comes to Jägersro and Christoffer has entered the star of the stable Rackham (V75-1), who has made SEK 700,000 so far this year.
"He has been very good and I think he just keeps getting better and better. I think he can take the step into the elite if we play our cards right and let him develop at his own pace. I have plans to try him in France, but so far he still has good races here at home. He has raced continuously for a while now and he needs to train too and we are in no hurry with him".
Rackham is racing on the short distance, which doesn't happen very often.
"He has won on the short distance and he is actually pretty quick out of the gate. This spring we were close to holding up the lead from the inside post at Solvalla, but we got pushed down and it ended with him making a break. We have a good post position and he is a tough horse who can win regardless of the trip. Our toughest opponent drew worse than him, which makes me optimistic and I really like my horse's chances".
Christoffer Eriksson also has Grappy Boy racing in V75-2.
"He's a nice horse who has shown that he loves to race and he is good for his class. This distance is a bit too short for him and I would have liked to see the race being 500 meters longer. He drew a bit towards the outside and he doesn't leave very quickly so he can get in trouble from out there. I hope the pace will be high so he gets to use his strength and I think he has a chance to win and if you play with three or four horses in this race he deserves to go on the V75-ticket".