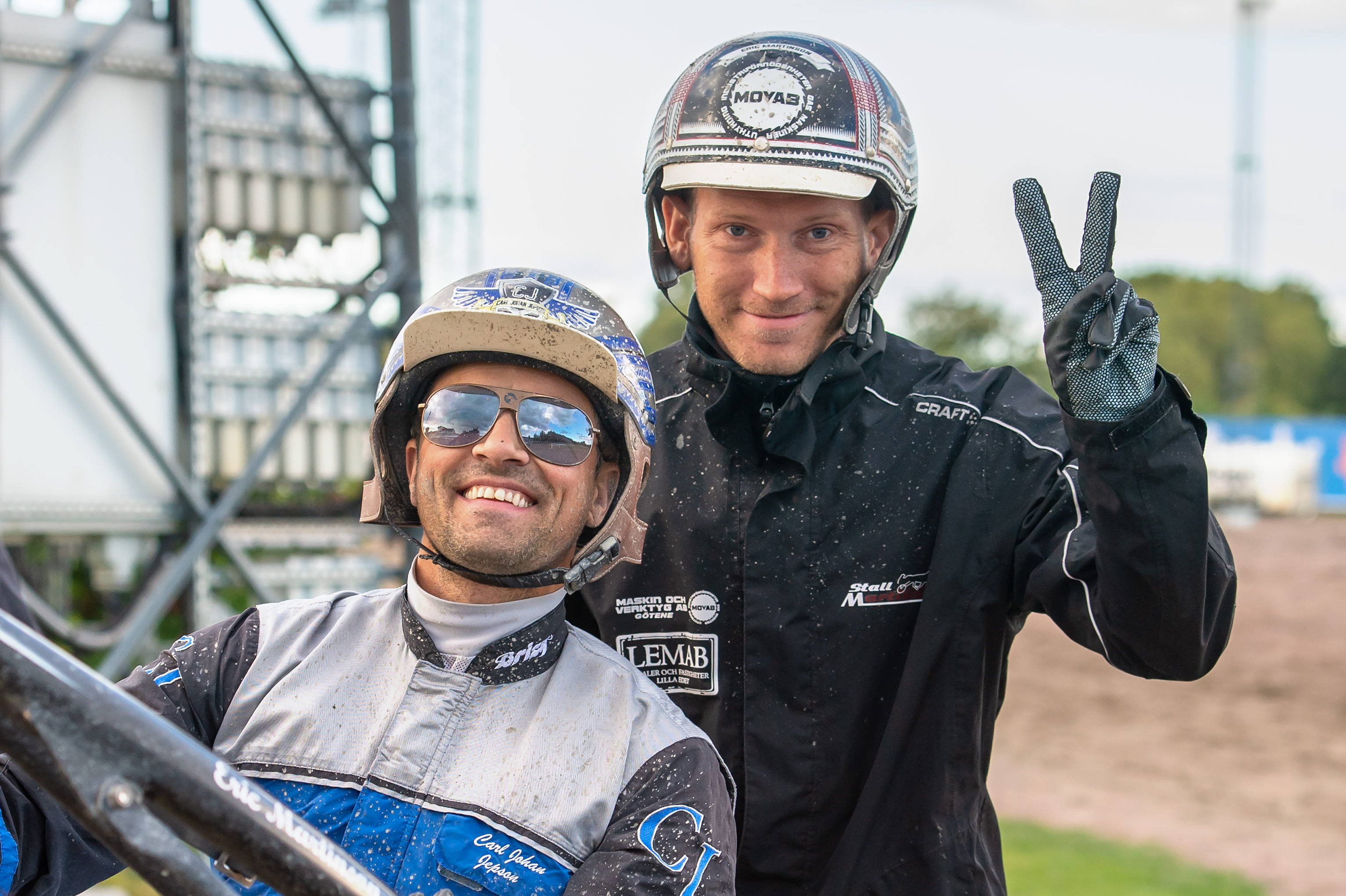 Eric Martinsson has a stable in good form and will be a factor as V75® comes to Örebro this week.
The trainer sends a quartet with proven form.

The Axevalla-licensed trainer Eric Martinsson brings four horses to Örebro on Saturday afternoon.
A horse who has really brought his A-game lately is 1 Dats So Cool (V75-1) who drew the inside post in the Silver division. The horse is currently on a three-start winning streak but he is in tough this week, as the top trotter Admiral As is one of the opponents.
"He has been good for quite some time now and he is in good form and drew a good post position here so that looks good, but the competition is tough. We hope to get a good trip from the inside post, he should be able to take advantage of the post position as he can leave fast. It's not out of the question that he could hold up the lead and if so, the driver might as well race him there, why not? Admiral As is hard to beat when he stays flat, but he drew a bad post position" says Eric Martinsson and adds:
"My horse has stepped up lately and that feels good, we hope he can be compatible in the Silver division this fall and winter".

Dual chances in Diamantstoet
We turn to V75-4 in the program, which is a leg of Diamantstoet, also a youth race. Martinsson has two mares in the race. The Italian-born four year old mare 6 Bolla Spritz has made two starts after her summer break and she comes off an easy front end victory at the half-mile track Åmål.
"Bolla Spritz was good in her last start and won easily, but this is tougher of course. She got a bit sore in a leg and was given some time off and she has been good since she returned and has raced well in both starts. These are interesting conditions, I hope they can get a good start from there. Maybe she can get to the lead or get a pocket trip, she should be viewed as the dark horse of the race but generally it's tough to hold off the ones starting 20 meters behind in these races".
One of the mares starting 20 meters behind is stable mate 13 North Dakota who has won two in a row at Åby, both times she has come up the passing lane and both times at good odds.
"She is starting on the outside on the second distance and that can sometimes mean trouble, but if she gets a good start and can get the stalking trip she needs, then she is very effective. Things have worked put perfectly in her last two starts with pocket trips and coming up the passing lane both times but you can't count on being that lucky every time. North Dakota is a bit tougher than Bolla Spritz and I would say she has the better chance of the two".

Won a Swedish Championship gold medal
In the Bronze division, the Martisson stable sends out 11 Stepping Moneyboy (V75-6). He is shown top form for quite some time now and last out he won the Swedish Championship for female drivers together with Linda Sedström from the lead. This time the draw was not very lucky for him.
"Stepping Moneyboy races well every time, but post position eleven against these horses will be tough. Other than that, he feels very good in training, he races well on all distances, so the long distance is no disadvantage for him. We have to hope for a high pace upfront, but to win on V75 from these post positions you need a lot of luck".
To sum it up, who would you say is the hottest win candidate from your stable?
"That would be North Dakota and Dats So Cool. Neither one has a great chance to win, but the important thing is to finish up there and make good money , but if any of them of would win it should be one of these two".