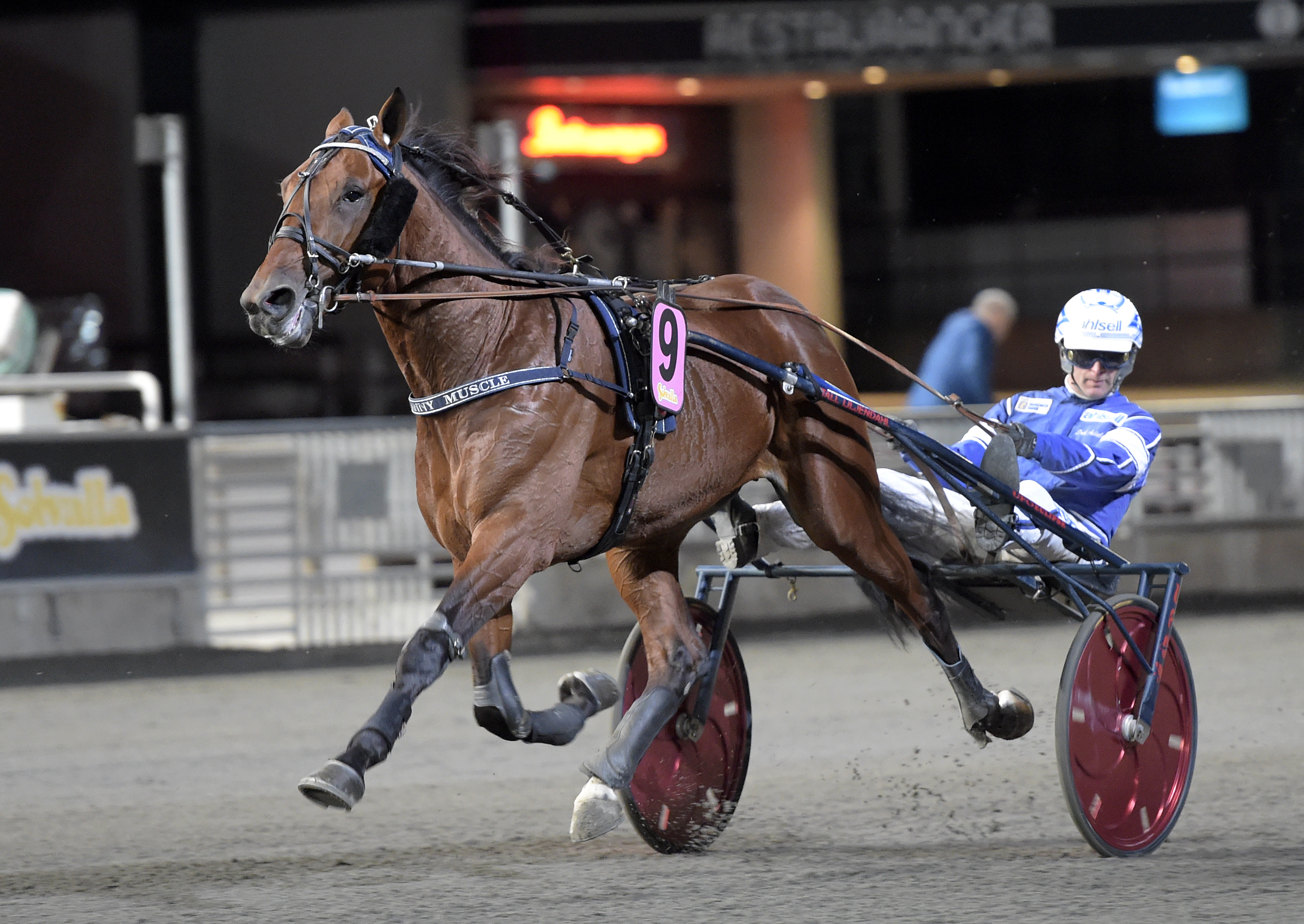 V75®: Ready for another season in the top of the crop

He closed out last year in the best way possible and the winter training has been smooth sailing.
Saturday marks the start of another stakes season.
"He only needs to win one race and that's at Jägersro" says the trainer of the four year old talent.

In April of last year Manny Muscle (V75-2) won his racing debut very easily in 1:15.7/2,140 meters with volt start. When he seven months later called it a year he had made SEK 1.2 million, won three out of ten starts and only been worse than third once - in the final of the Swedish Trotting Kriterium.
"His season was good, but I'm obviously not happy that he underperformed in the Kriterium, due to a sore throat. That's the one miss and it was such a shame, because we had expectations after a very good effort in the elimination and Uffe (Ohlsson) drove him perfectly too. But you don't always get what you want" says the trainer Reijo Liljendahl.
The year ended the way it started though, on a happy note when Manny Muscle rallied to finish second behind Mister Hercules after getting out late in the Breeders Crown final.
"It's very good to put them away like that, sound and healthy and with a good taste in the mouth. A good rest and and solid winter training is very important and luckily we have had a good winter with him. We had him the pressure cart in December, trained intervals in January and from February he trained faster. I've trained him in 1:17.5 at Solvalla and he felt good. I hope this can be our year".

"He will race well"
Solvalla is hosting this week's V75 with finals of STL - the Swedish Trotting League. There's also the Margareta series for the three and four year olds and it's in one of those legs we find Manny Muscle. Straight from the bench into the spotlight.
"The easy money early in his career is made and he will face tougher and tougher opponents, but I think my horse is in good shape and he will race well unless something unexpected happens".
Erik Adielsson will drive Manny Muscle and they will start from post position five behind the gate.
"That's a good post position and he is qiuick if the driver wants to leave with him. I hold him in high regards and the V75 bettors should treat him with respect. But I don't tell Erik how to drive and I want to add that this is not the most important race of the year. That hopefully comes in the fall".

Potential to go far
Reijo Liljendahl has shaped several top trotters during his long and successful career. In Manny Muscle he sees potential that can take him far.
"I have understanding owners behind me and I have been able to bring him along slowly. It's important that you get the chance to make the most out of the horses that are that good. I think he has the ingredients that my good horses in the past have had".
Manny Muscle is staked to all the big four year old stakes in Sweden and the first goal of the season is The King's trophy at Åby in May.
"If he looks and feels good I think we will take our chances there. After that I'm not sure but he will race in one of the Breeders Crown races in the summer and the we aim at Jägersro (the Swedish Trotting Derby) and Eskilstuna (Breeders Crown finals) in the fall.
"He is staked to the Sprint Championship too but I don't think we will race him there. He only needs to win one race and that's the one at Jägersro".